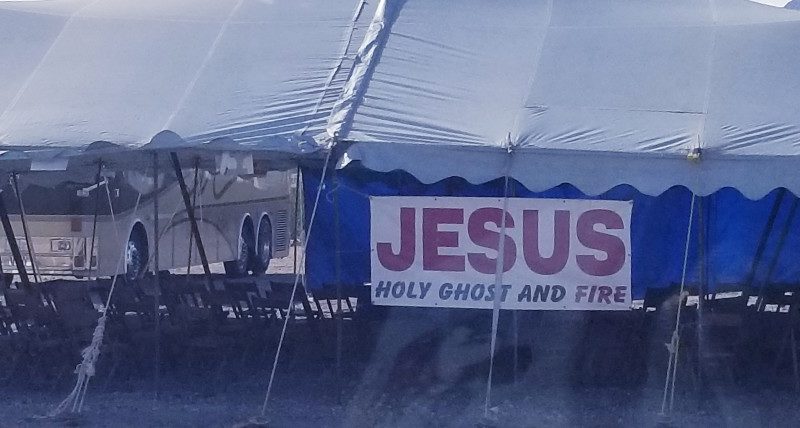 This morning I felt the heart of God concerning His desire to see the nation changed for Jesus. I believe God wants to bring revival to nations. I believe that he wants revival and His word to touch the White House, Education, Media and every area of society. At the moment however we see darkness cover these areas like never before. Many are afraid but as I have contended for America over the years in prayer. I have asked a question what needs to happen for America to turn back to God and this young generation.

As I asked this question the Holy Spirit dropped this in my Spirit. The answer is corporate prayer, fasting and repentance within the church corporately. But more importantly the church must not just host prayer meetings but must return to God’s original purpose for the church which is that we would become His Bethel and a House of Prayer unto all nations according to scripture.

Isaiah 56:7 (ESV) – “these I will bring to my holy mountain, and make them joyful in my house of prayer; their burnt offerings and their sacrifices will be accepted on my altar; for my house shall be called a house of prayer for all peoples.”

Jesus heart burned for His church to burn with the fragrance of prayer when he walks into the temple and sees everything going on accept prayer. They were like many of our churches doing religious activity but lacked the furnace of prayer and worship to the Lord. Jesus brought reformation when he cleansed the temple(John 2:13-22).

This is the desire of the Lord today for the church, America and the nations. I believe every church giving themselves to constant around the clock prayer mixed with fasting and spiritual warfare will bring deliverance to our cities and birth revival and the Glory.

I first got involved with the prayer meeting years ago when I walked into this small House of Prayer called IHOPE in Indiana. I was engulfed in a world of constant prayer like never before. I even became a part time prayer staff member. I since then have given myself to the prayer movement and prayer to see revival nationally and globally.

This concept of constant prayer was seen first in the life of the Moravians. The Moravian Community of Herrnhut in Saxony, in 1727, commenced a round-the-clock “prayer watch” that continued nonstop for over a hundred years. This prayer movement birthed great revival and a global mission movement.  This revival of prayer birthed by the Moravians  is still being seen today.

In recent years the International House of Prayer in Kansas city that started On May 7, 1999, the International House of Prayer of Kansas City (IHOPKC) was founded by Mike Bickle and twenty full-time “intercessory missionaries,” who began to  cry out to God in prayer with worship for thirteen hours each day. Four months later, on September 19, 1999, prayer and worship extended to the full 24/7 schedule. Now this movement has been the catalyst for the global prayer movement. I believe and feel that God wants to release a greater spirit or travail and prayer upon the global and especially the nation church.
America is in desperate need of revival and these Bethel these houses of prayer are central to opening the heavens over cities covered in darkness. What would our nation look like if every church had a ministry of prayer as a focal point.

What would the atmosphere of our cities be if we had a house of prayer on every corner. The Holy Spirit wants to release this anointing of prayer upon every church. This is I believe key to bringing a generation back to Jesus. There is no way around it we must contend as churches and city ministries.

Thank God for the ministries like IHOP Kansas City, Upper Room, The Call With Lou Engle, Burn 24/7  and many other ministries or prayer. But we need every church to join in. One of the greatest prayer revivals that is often over looked by many which is a picture of how prayer can change a nation.

Is seen in what many call the Layman’s Revival. Led by Jeremy Lanphier at this time in history much like today America sure needed prayer and a move of the Spirit. The United States was in a spiritual, political, and economic decline.  Much like is plaguing our cities and entertainment. Many people were uninterested in the things of God and religion had set in across America. Agitation over slavery was creating political unrest, and civil war seemed near. As it does today just look at the news. Just he year of the revival, financial panic had hit. Banks failed, railroads went bankrupt, factories closed, unemployment increased. This all might sound familiar which should excite you because many would look at think it was over for America then.

But one man In lower Manhattan, and a Dutch Reformed church had been losing members, largely because of population changes owing to immigration; just as many are losing members because of Covid. Church attendance is at a all time low.

This church hired a simple layman Jeremy to reverse the trend with an active visitation program. Despite his visits, church members were listless. So this intercessor and man burdened by a desire to see America turn back to God.  Rented a simple hall on Fulton street and advertised a prayer meetings. This man was had very close fellowship with the Lord and thought others might, too. Conditions in the United States got worse however as darkness sweep across the nation. The Bank of Philadelphia failed. The third week of Jeremy’s program, his prayer meeting had forty participants and they asked for daily meetings.

On October 10, the stock market crashed. Suddenly people were flocking to the prayer meetings. Within six months 10,000 people were gathering daily for prayer in New York City alone. Revival sweep across the nation it is said that the presence of God could be felt in the streets of our nation.

This is called by many America’s Third Great Awakening. This was the first revival beginning in America that had a worldwide impact. The revival spread to Ireland, Scotland, Wales, England, Europe, South Africa, India, Australia, and the Pacific islands.

God wants to do it again but understand this awakening started in the church and effected nations. One church became a house of prayer and the nation was never the same. Wonder if you are that intercessor that will lead the next prayer movement.

Wonder if your church is the next church to host a city awakening. I know it seems impossible looking at our news and nation but we must not give up. We must fight until our last breath to believe for a great final harvest of souls before Jesus returns.

It’s time for the church to become a house of prayer that will effect nations.

For just $100 per month you can bring the gospel to 10,000 homes. Join us as media missionaries! GIVE NOW
VIEW COMMENTS
« God’s Word For You Today: Jesus Is Your Friend The Closer You Get, the Larger Things Appear »