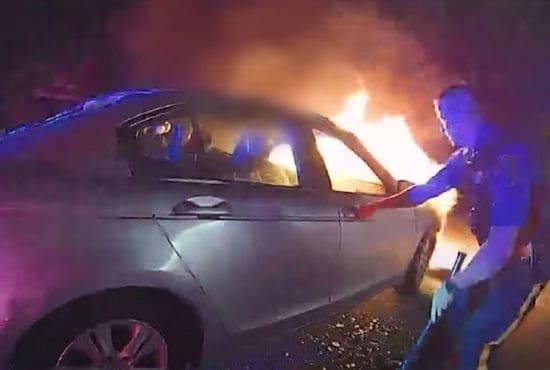 Cops saved a man from his burning vehicle just seconds before the flames totally engulfed his car.

On July 2 at around 2 AM, the Ridgefield Police Department received a report of a car in flames on Winant Avenue. Police officers rushed to the scene and found 54-year-old Chris Vagnone trapped inside his burning car.

“He was panicked, and I just told him, ‘You have to get out of the car, you have to unlock the car,” said Ridgefield Police Sergeant Nicolas Triano.

Chris tried to open the doors but to no avail. The officers also tried the best they could to open it but the electrical system of the car malfunctioned due to the fire.

“It was an unfortunate situation that the electrical system failed. We couldn’t open any of the doors…we tried several times to get the doors open,” Patrolman Nicolas D’Alto said in an interview. “It’s difficult, especially when the flames are coming in, there’s glass. We know time is not on our side at that point.” 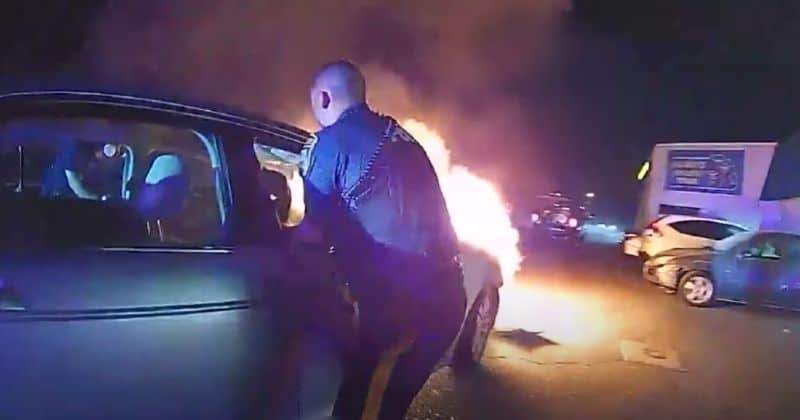 Other officers tried to contain the flames so that they could figure out a way to rescue the driver. Everyone was battling against time in intense heat. The officers were then able to smash the window on the passenger side of the car. They tried to pull Chris out of his car as hard and as fast as they could as flames started to fill the inside of the car.

Thankfully, Chris was pulled out to safety seconds before the flames totally engulfed his vehicle. He was treated at the scene for only minor burns. Chris is thankful to the officers for saving his life.

“It was all very traumatic, everything happened very fast. Now I just want to move forward and be thankful that I made it out thanks to those officers from the Ridgefield Park Police Department,” he said in an interview.