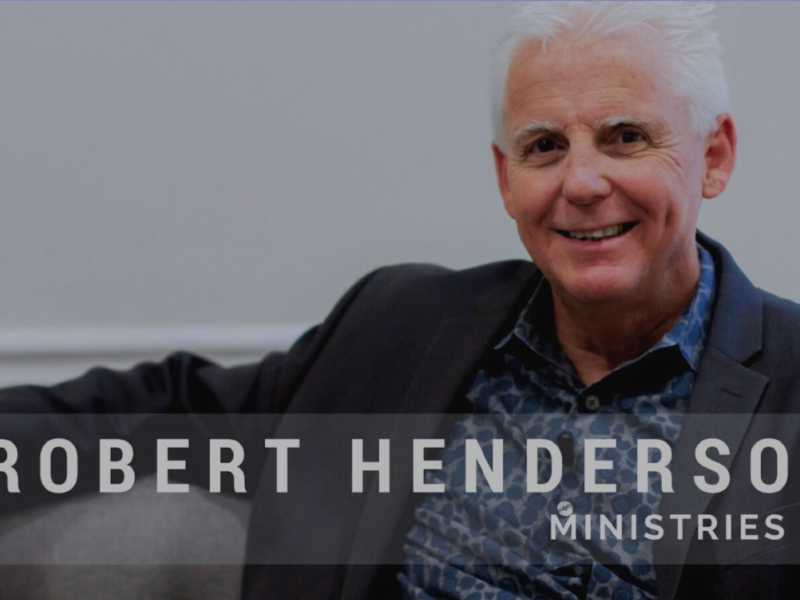 Around three weeks before the Coronavirus began to seem as a threat here in the United States against our economy, I had a dream. In my dream, I was standing at a table next to President Trump. I was bouncing and pushing my shoulder against his shoulder in a playful way. As I continued to do this, President Trump looked at me and chided and chastised me. He said to me, “This is the Presidency of the United States of America.” I remember feeling terrible and humbled by my treatment and lack of seriousness toward him. I then became aware that President Trump had a newspaper spread out to the financial section. He was running his hand over what this paper was reporting, then he would turn and look at the next page. When he was finished examining he folded the paper and handed it to me. My understanding of this dream is that we as the church/intercessors are not taking seriously our role in the Presidency of Donald J. Trump, at least on the level we should. Perhaps we are more playing with it than praying things through in the Spirit. We are in serious times that require a seriousness in prayer and intercession for our nation and the purposes of God in it. Even though it was me in the dream, I am quite sure I was simply being allowed to feel the chastening of the Lord concerning our lack of diligence and seriousness toward this Presidency. I also understood that the intent of the devil is to disrupt the
economy of our nation.

This is what the devil understands he must do to seek to deny President Trump the re-election. In that I was handed the financial section of the paper after President Trump was finished looking into it, I know that we are being assigned to pray and stand with President Trump to secure and stabilize the economy of our nation. Without this, the stage could be set for an upset in the elections this year. President Trump could be removed from office.

We must take our stand and deal with issue that the enemy would use to disrupt our economy and the economy of the nations with the end results being the ousting of Donald J. Trump as our President. The media and politicians would like nothing more than to discredit President Trump and to motivate people through fear until the economy is greatly damaged. We must take our place and contend for God’s will instead to be done.

As I have prayed, I felt that God would release to President Trump the same prophetic wisdom that He gave to Joseph. Joseph was able to steer the nation from the position he was given into financial stability even in great troublesome times. I believe that the Lord would give to President Trump this wisdom. I believe we should pray for the spirit of Joseph to be released into the White House, President Trump, his counselors and those who are in decision making places. I actually felt that I saw Joseph come in the spirit realm as a part of the cloud of witnesses to help move President Trump in the directions he needs to go. The Scripture says in Hebrews 12:1 that we are surrounded by the witnesses that have gone before us.

“Therefore we also, since we are surrounded by so great a cloud of witnesses, let us lay aside every weight, and the sin which so easily ensnares us, and let us run with endurance the race that is set before us” – Hebrews 12:1

We are told that these from the cloud of witnesses are surrounding us. This means they are very close to us. The very essence of their lives can be used to empower us to stand in a holy place in the spirit and contend for the will of God. They carry influence from heaven and empower us through their ministry with Jesus to intercede and pray with great authority. Could it be that God would allow Joseph to come and impart to President Trump that which is necessary to guide us out of these perilous places and into prosperity for the sake of his re- election. We must contend for this to occur. We have been given an assignment to stand in all seriousness in these moments of financial peril and uncertainty.

As we approach Your Courts Lord, we would remind You of Your passion for America and that You have set President Trump. We would ask that anyway this Coronavirus is moving against that purpose that it would be judged. We ask that all fears being driven by the media and politicians to alter our economy would be judged as illegal and unrighteous. Let a peace and sense of safety come over this nation and the people within it. We ask Lord for judgments against this thing that would be against You. Repent for any legal claim the enemy is using to propagate this devilish thing. We ask now Lord for Your judgment and dismantling of it. In Jesus’ Name.

2.) We should petition the Court for a seriousness to take hold of us in prayer. It’s time to repent for playing and not taking seriously our assignment from God. We must repent not just for ourselves but for the lack of seriousness in the Body of Christ.

As we stand before Your Courts Lord, we repent for not having taken seriously the place You have given us in behalf of President Trump and His Presidency. We repent for playing when we should have been praying. We ask Lord for forgiveness and we purposely take our place before You with renewed passion and intent to see Your will done. In Jesus Name.

3.) We must accept the assignment to oversee in the spirit world any disruption the enemy would seek to bring to our economy. Even as President Trump handed me the paper, I had to receive it from him. I in essence received the mandate to stand in behalf of the economy of America.

As we stand before Your Courts Lord, we declare that we receive the mandate and assignment to stand in behalf of President Trump, His Presidency and our nations economy. We seek to undergird and help guard the economy of this nation. Give us wisdom O’God as we stand and contend in Your Courts. In Jesus’ Name.

4.) We must ask God to release to President Trump the wisdom and skill he needs to make decisions effecting our economy. We should ask that whoever he needs input from in the natural, he will receive. However that he would be able to have words of wisdom even as Joseph did to direct the economy of our nation.

As we petition Your Courts Lord, we ask for the spirit of wisdom as one of the seven spirits of God to now come to President Trump. May even those from the cloud of witnesses be dispatched to help President Trump know how to lead this nation in this hour. Give Him wisdom from above that is first pure, then peaceable and easily intreated. Let this wisdom come from prophetic input from You into His life and even from other around Him. Arise O’Lord and defend Your purposes in this nation and our economy. In Jesus’ Name, amen.

5.) We should pray that instead of this working against President Trump and his re-election bid, it will turn and work for him. That there will be such a turn around that it will affirm President Trumps leadership and skill as the one set by God.

Now Lord, as we stand before Your Courts, we ask that what the enemy meet for evil, You O’God would turn for good. Give such wisdom that there is a great turn around in our economy and that this becomes that which the enemy will not be able to twist nor spin. Allow President Trump to be distinguished in the eyes of the people as one who with great skill and wisdom led the nation in these perilous times. In Jesus’ Name, amen.

For just $100 per month you can bring the gospel to 10,000 homes. Join us as media missionaries! GIVE NOW
VIEW COMMENTS
« 40 Day Challenge Day #14 – Find Our Way Back To Rest Video Of Virginia Police Officer Singing Worship Song Goes Viral »