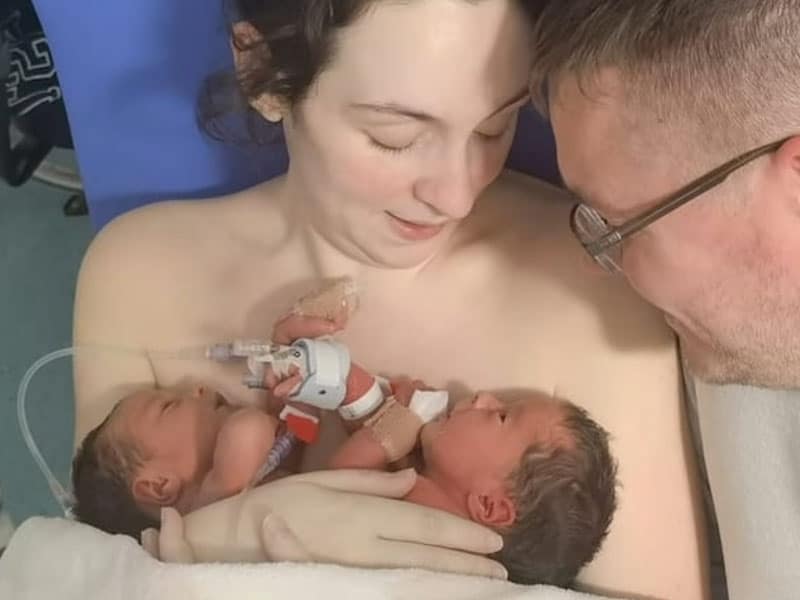 In Northern Ireland, parents of twins born conjoined cling to faith for their lives. Soon, a miracle happened, and the baby girls defied all odds.

On ITV’s ‘This Morning,’ the couple Hannah and Dan Bateson shared their inspiring story when they gave birth to conjoined twins Annabelle and Isabelle. Thankfully, the twins were born with separate hearts. However, their lives were still greatly at risk because they share a “bladder, bowel, and a fused leg.” And doctors at Great Ormond Street hoped they could separate them without any more complications. 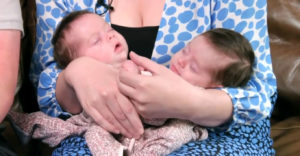 As first-time parents, Hannah and Dan didn’t exactly know what to do when they discovered they would have conjoined twins.

“We went for an early scan and there was one heartbeat,” she recalled. “And then we got the big shock that it was twins and that we had to see the consultant at the local hospital. Then as we saw another scan it dawned on us and I said, ‘are they conjoined?’, and he said ‘yes, I think they are.’” 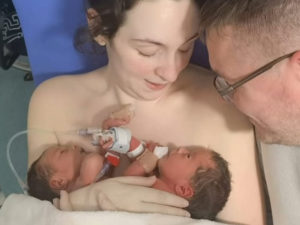 Following the scan, the couple prepared for the worst. They didn’t even expect that Annabelle and Isabelle would make it. And even if the twins survived, they expected both would become sickly babies.

“We were preparing for the worst case [scenario] or very sick babies,” Hannah recounted. “But surprisingly, the girls were born so well. Once we heard those cries in delivery it just changed the whole tone. We weren’t prepared for it to go so well.”

Then Hannah revealed how she clung unto her faith in God amidst the ordeal.

Today, the twin baby girls are miraculously thriving. Doctors were able to separate them successfully, and now they’re home in County Antrim in Ireland. Although the twins would have to face a lifetime of surgeries, the mom remains positive.

Let us pray for the Bateson family, especially Anabelle and Isabelle, and their loving parents. Our prayers could go a long way for this beautiful family.