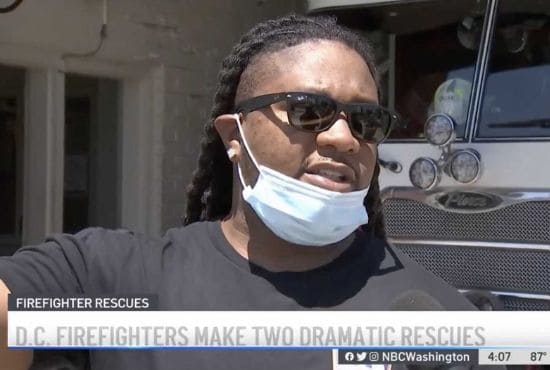 A courageous firefighter safely catches a toddler hanging from a second-floor window of a burning building after the father asks him to save his baby.

On May 29, just before 10:00 in the evening, a fire broke out in an apartment building. When Washington D.C. firefighters responded to the scene, a father was seen holding a toddler out of the second-floor window. He was screaming for help and was trying to get his baby to safety. The father was trapped amid the thick smoke.

“Catch my child; don’t drop him,” the father told the firefighters.

Without any second thoughts, Kenny McKiney of the District of Columbia Fire and Emergency Medical Services Department held his arms out to catch the baby. It was an almost 20-feet drop.

“You could see the front door was filled with black smoke. And as we were advancing with the attack line to the front of the building, a father was hanging out of the window with his child,” Kenny said. 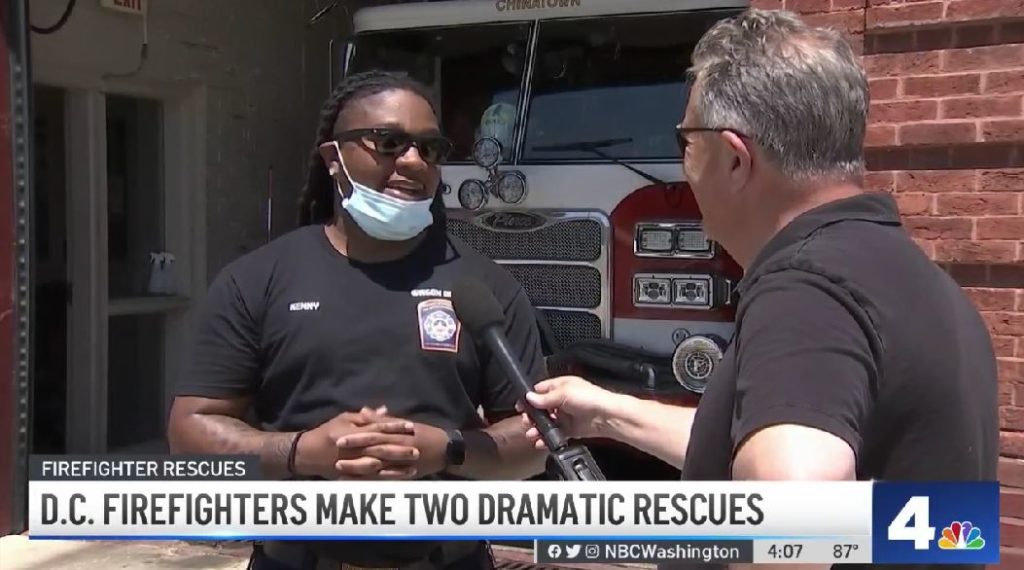 The veteran firefighter for 17 years safely caught the toddler in his arms. The child was not injured and was calm during the entire ordeal.

“When he dropped the child down, I extended my arms, and when I felt the child made contact,” he added. “I just cradled the child to my body.”

The courageous firefighter didn’t even have time to feel nervous about the situation as everything happened so fast. He just did was he could do to the best of his ability.

“Everything happened so fast, I didn’t even have time to get nervous. It was more so, I saw a job that had to get done, and I was trying to execute it to the best of my ability.”

Praise God no one was severely hurt or injured by the fire that had broken out. They were also able to completely put off the fire.