COVID Continues to Climb in Israel, But DEATH TOLL IS NOT! | God TV
Articles 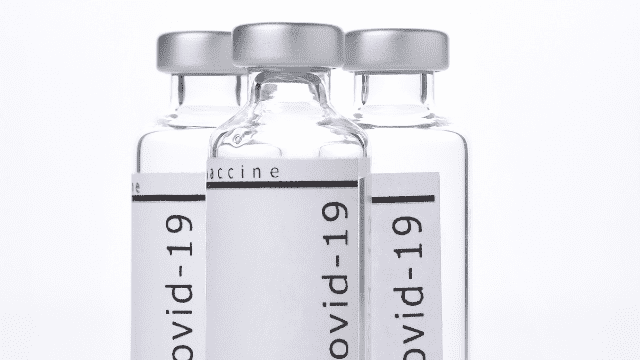 For the first time since March, Israel is seeing more than 2,000 new coronavirus infections a day. And severe cases are also on the rise, with 138 patients in serious condition as of Tuesday. The good news is that the death toll is not climbing, with no additional deaths reported since this wave began, according to the Health Ministry.

There are two reasons for this. 1) While the new Delta variant has been able to break through the vaccine in some cases, the vaccine is proving to cause the severity of the virus to be far less than with those without the vaccine. 2) Israeli doctors and medical scientists have learned over the past 18 months how to treat those with the virus far more effectively than in the beginning.

A report found that 2,000 travelers entered Israel in July infected with COVID-19, according to Channel 12 in Israel. Hundreds were returning from Turkey or Greece, and at least twelve were infected with the “Delta Plus” variant. Kan Public Broadcasting also reported that 203 of the new cases diagnosed on Monday were travelers who had returned from abroad within the last 10 days.

The CDC raised its travel health notice to Level 3: High for Israel on Monday, citing concerns about the rapidly rising numbers of cases in Israel, Gaza, and the West Bank. Last month, it was at a Level 1: Low. Level 3 means unvaccinated flyers should avoid travel to a country unless it is essential. Level 4 is the highest risk rating on the CDC’s scale.

Israel also moved to limit incoming travel to mitigate the spread and the introduction of new variants of the virus. On Monday, the Knesset said that until further notice, Israelis are no longer allowed to travel to Spain and Kyrgyzstan, in addition to Uzbekistan, Argentina, Belarus, Brazil, South Africa, India, Mexico, and Russia.

Hebrew University researchers have found that the Pfizer vaccine effectiveness has fallen to 80 percent, down from 90 percent before the Delta mutation at preventing severe cases. In addition, recent data from Israel’s Health Ministry found that the vaccine seems to lose potency over time.

“We looked at tens of thousands of people tested in June alongside data on how long had passed since their second shot and found that those vaccinated early were more likely to test positive,” Dr. Yotam Shenhar, who headed the research, said.

On Tuesday, Prime Minister Naftali Bennett said Israel is very close to approving a booster shot for those who want it, especially for the elderly. “We are on top of it, believe me…we’re very close.” Israel began administering a third shot to those who are immune-compromised two weeks ago, becoming one of the first countries in the world to do so.

Also, the COVID vaccine in a pill we reported on a couple of months ago—Oravax—is set to begin clinical trials soon in Israel. The Israeli-American Pharmaceutical Company says their single-dose oral vaccine is innovative and could be a game-changer for worldwide accessibility since it doesn’t have to be stored at below-freezing temperatures.

“Our vaccine is a particularly strong candidate against the evolving COVID-19 virus due to its unique targeting of three proteins rather than one, with the Delta and other variants proving a challenge to health administrators globally. Oravax’s VLP technology could prove even more important in the effort to combat COVID,” said Nadav Kidron, CEO of Oramed Pharmaceuticals Inc. In Israel.

For just $100 per month you can bring the gospel to 10,000 homes. Join us as media missionaries! GIVE NOW
VIEW COMMENTS
« Find Fulfillment By Subscribing To the Right Voices How To Prepare For The Suddenlies Of God »