written by The Israel Insider December 6, 2019 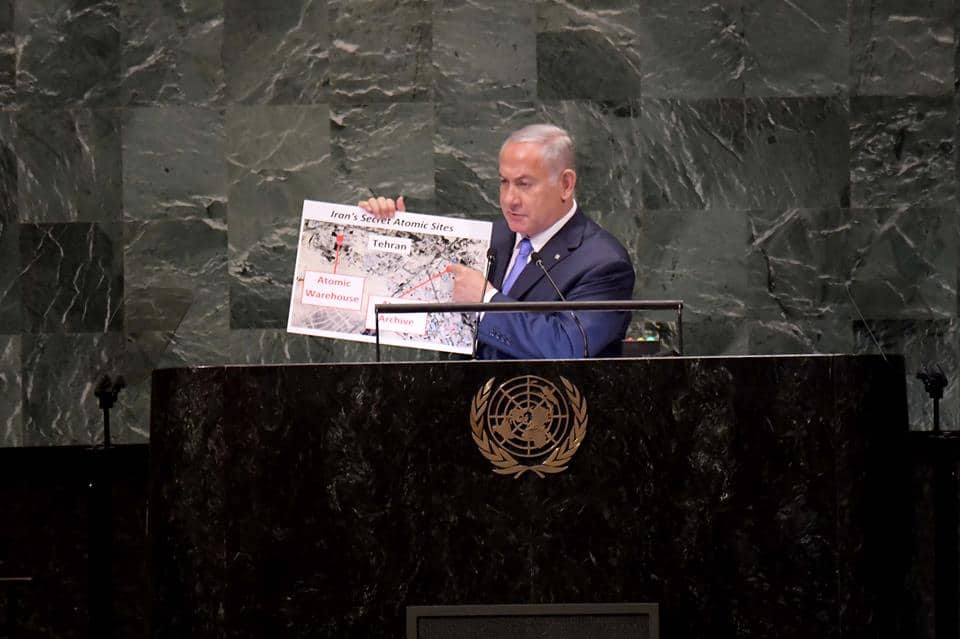 Israel’s foreign minister cautioned that the world has arrived at “critical moments” after the ambassadors to the United Nations of the United Kingdom, Germany and France sent a letter to Secretary-General António Guterres stating that Iran is developing ballistic missiles capable of carrying nuclear warheads, contrary to UN Security Council (UNSC) resolutions.

The ambassadors demanded that Guterres report to UNSC in its meeting on 19 December that Iran’s activity on this issue is against the UNSC decision, in accordance with the 2015 nuclear agreement.

Prime Ministerial candidate and former IDF Chief of Staff Benny Gantz praised the letter, adding that “unfortunately, this is not something new. The Iranian regime engages in ongoing efforts to obtain weapons of mass destruction and launching capabilities. European nations, too, understand that Iran poses a danger to world peace and to regional stability.”

“Time has come to move beyond letters and toward actions: impose significant sanctions on Iran,” he demanded of the European countries.

Israel’s Foreign Minister Yisrael Katz has instructed his office’s representatives to present all evidence of Iranian violations of the 2015 Nuclear Agreement to the UNSC, his ministry stated.

The letter sent by the three European powers “confirms what Israel has constantly claimed. Only posing an effective military threat to Iran can deter and curb its aggression,” Katz stated.

The Foreign Minister Tweeted that “the next step must be an effective military threat of a Western-Arab coalition led by the US to deter Iranian aggression. These are critical moments.”

Prime Minister Benjamin Netanyahu had spoken about Iran’s “increasing aggression” prior to his meeting with US Secretary of State Mike Pompeo in Lisbon.

Reports had emerged in advance of the meeting that a US Navy Ship had intercepted an Iranian attempt to transfer a “significant” stockpile of missile parts on their way to the Houthi rebels in Yemen.

“Iran is increasing its aggression as we speak, even today, in the region. They’re trying to have staging grounds against us and the region from Iran itself, from Iraq, from Syria, from Lebanon, Gaza, and Yemen and we are actively engaged in countering that aggression,” Netanyahu told reporters in Portugal.

“The first subject that I will raise is Iran, the second subject is Iran, and so is the third, and many more,” he stated.