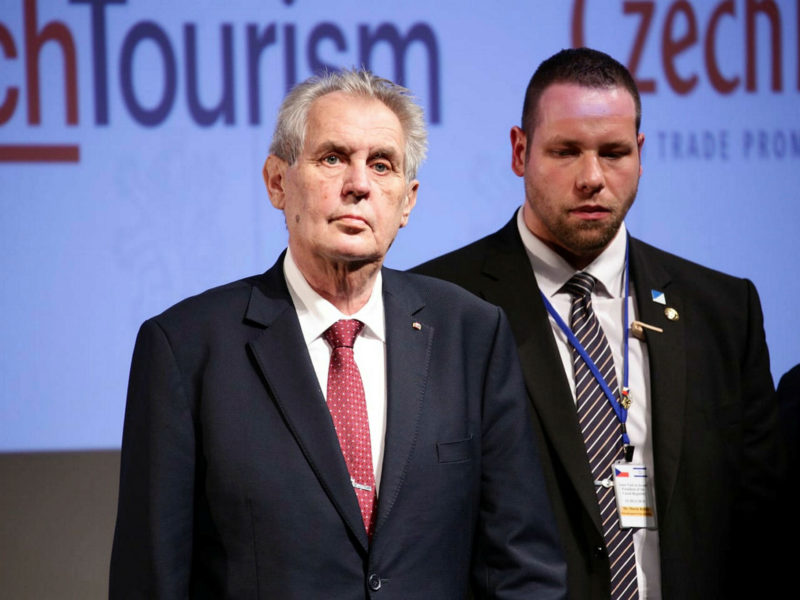 Czech President Milos Zeman officially inaugurated the Czech House in Jerusalem Tuesday, in what he vowed is a first step toward moving his country’s embassy to the capital.

“Friends, let me declare the Czech House opening, and I firmly believe that my fourth visit to Israel will be the opening of the Czech embassy,” Zeman said as he cut the ribbon for the center in the presence of Prime Minister Binyamin Netanyahu and US Ambassador David Friedman.

The Czech House will host a Czech cultural center  and the offices of CzechTrade, CzechInvest and CzechTourism, but will not have any official diplomatic status. The move follows the appointment earlier this year of an honorary consul in Jerusalem.

While Zeman has said he sees the appointment of the consul and the opening of the Czech house as a precursor to moving the embassy, however he does not have the backing of the Czech government and its prime minister Andrej Babis.

Netanyahu called Zeman “unsurpassed in his friendship to Israel,” adding that he was “deeply appreciative” of that friendship.

US Ambassador David Friedman tweeted after attending the ceremony that he hoped the Czech Republic would indeed follow in America’s  footsteps and move its embassy to Jerusalem.

“It was an honor and a privilege to meet with the Israeli PM and Czech Republic President Milos Zeman at today’s opening of the beautiful Czech House Jerusalem, just outside the Old City walls. Looking forward to the Czech Embassy opening here in the near future!,” Friedman wrote.

For just $100 per month you can bring the gospel to 10,000 homes. Join us as media missionaries! GIVE NOW
VIEW COMMENTS
« South Korean Student Pens Emotional Letter To Filipino Brothers and Sisters Dutch ‘Noah’s Ark’ To Set Sail For Israel »