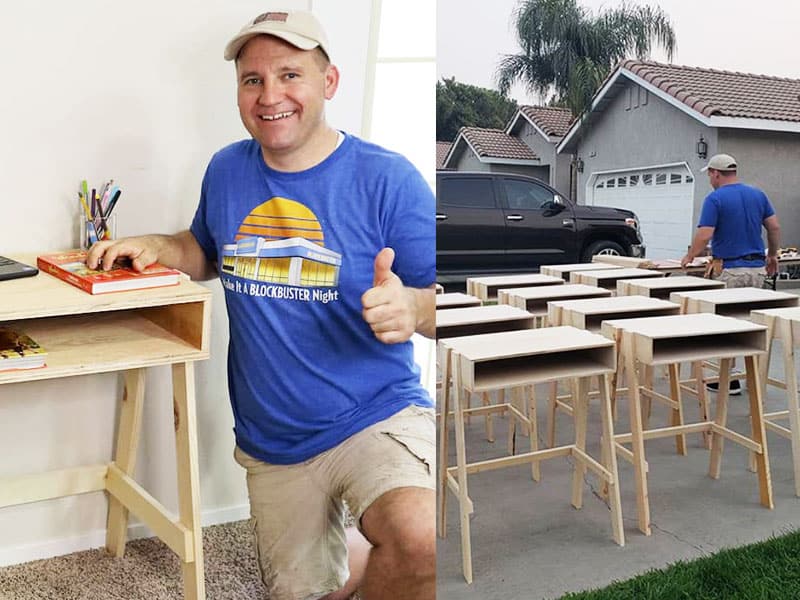 A dad in Lemoore, California who used to be a carpenter couldn’t just sit back and do nothing for those students struggling to have their own workstations for online classes during the pandemic, so he built desks for them.

Inspired By His Kids

Mitchell Couch made dozens of desks for low-income students struggling to make ends meet for remote learning during the pandemic. The desk project, according to the 44-year-old, was inspired by his kids. 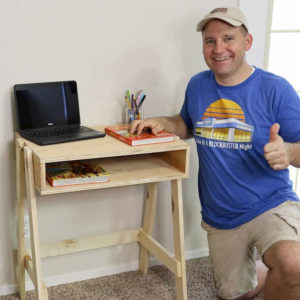 Earlier this month, Mitchell’s kids took over their home’s kitchen for online classes. This is because public schools in their area are “all-virtual until further notice.” So, whenever it’s time for meals, the kids have to move.

“They were trying to work across from each other and their books were all over the place. It was a mess,” Mitchell said. “So I decided to build them each a desk.” Then his wife noticed that the kids became more focused.

Apparently, Mitchell is making YouTube video tutorials on a DIY folding desk to help others during the coronavirus pandemic. He also revealed it would cost them roughly 20 dollars. But shortly after he uploaded the video, the Grocery Outlet owner contacted him. The discount supermarket chain store asked if he could build desks for students in need if they paid for the materials.

So far, Mitchell has already crafted 40 desks since the beginning of the month. And he hopes to craft 50 more.

“People are begging for desks,” he said. “I’ve gotten thousands of messages.”

A lot of people applauded the initiative. Some even hoped it would encourage other people in many countries to help struggling students as well.

Nothing is more beautiful than seeing people working together to help others, especially during this hard time. God is amazing!