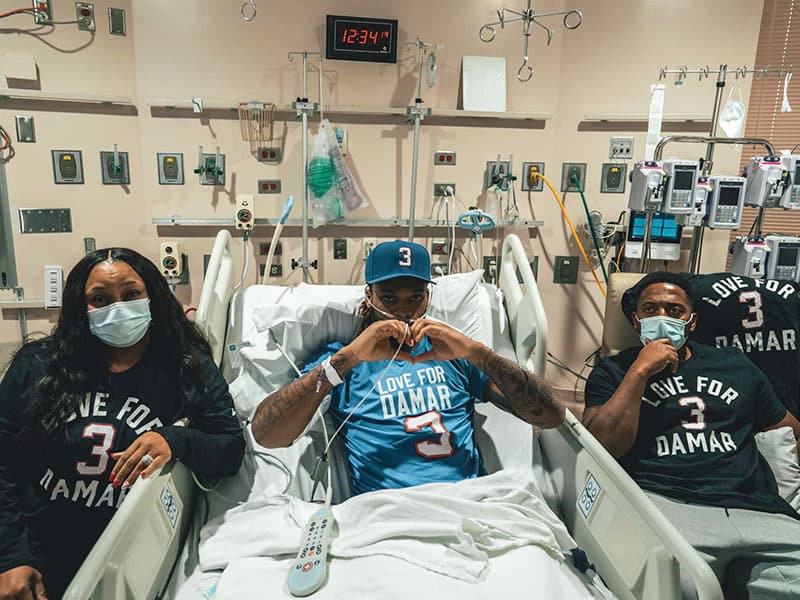 Damar Hamlin points to God in his recent posts on Twitter, saying God is using him in a “different way” following his recovery from a critical condition where millions worldwide united in prayer for the athlete.

GOD TV previously reported the tragic event that unfolded on the field during the game between Buffalo Bills and Cincinnati Bengals. He collapsed due to cardiac arrest in the middle of the game and was rushed to the hospital. Then a video of his teammates went viral as they gathered together on the field to pray for Damar’s life. 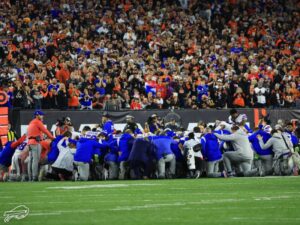 As the world witnessed what happened, prayers poured in for the Buffalo Bills’ safety. Especially when it was revealed that he was in critical condition. Most people, not just his loved ones, team, and friends, joined in prayer, as well as his fans worldwide. It was a historic moment. Furthermore, ESPN analyst Dan Orlovsky made headlines because of his kind gesture to pray for Damar live on national television.

Indeed, God answered everyone’s prayers. According to CBN News report, the 24-year-old is now recovering and “doing well.” This was also evident with the recent posts he shared on social media asking for more prayers despite getting past the critical stage. 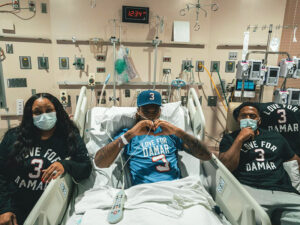 But what’s remarkable is that Damar has been highlighting God in his Twitter posts since his recovery. In his tweet on Sunday, the athlete expressed his yearning to join his teammates in the game. But he believes that God is using him in a “different way.” The 24-year-old then encouraged his followers to “Tell Someone You Love Them Today!”

GameDay.. Nothing I Want More Than To Be Running Out That Tunnel With My Brothers. God Using Me In A Different Way Today. Tell Someone You Love Them Today! 🫶🏾3️⃣ let’s go @BuffaloBills ❤️💙 pic.twitter.com/XgA7S3Bpvn

Moreover, when the Buffalo Bills tweeted, Damar reshared the post and wrote, “God Behind All This No Coincidence.” The post shared an astounding thought of Damar’s number, three. And amazingly, it had also been “three years and three months since their last kickoff return for a touchdown.”

Damar also expressed his gratefulness to the millions of people who have prayed for him.

“When you put real love out into the world it comes back to you 3x’s as much,” the athlete wrote on Instagram. “The love has been overwhelming, but I’m thankful for every single person that prayed for me and reached out. We brung the world back together behind this. If you know me you know this only gone make me stronger. On a long road keep praying for me!”

Let us all keep praying for Damar’s fast recovery.