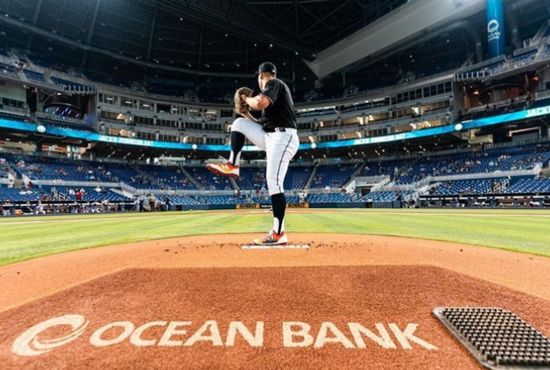 Baseball player Daniel Castano is thankful for his assurance in Christ after a horrifying on-field accident.

Daniel Castano is the pitcher for the Miami Marlins in Major League Baseball. About a week ago, he got into a terrifying on-field accident in which he was hit with a line drive in his head. Thankfully, he never lost his consciousness after the accident and was immediately given medical tests and treatment.

His CT scan was normal but he was later diagnosed with a concussion. The game continued and his team won the game. After the game, Daniel reported he was feeling much better.

“I’m just glad we got the out [on the play],” he said with a smile while his head was wrapped with a bandage.

Recently, the 27-year-old player posted an update about his condition and thanked everyone who supported him.

“Thank you everyone for the love, support, and prayers,” Daniel wrote. “I’m doing well and it could have been a lot worse. Beyond thankful for the efficiency and kindness of my coaches, trainers, teammates and Solano, what was shown to me today truly goes beyond the game.”

He also expressed his thanksgiving for Jesus Christ.

“What a sobering reminder on the brevity of life, thankful to have my assurance in Christ.”

Daniel Castano has always been outspoken about his Christian faith. In a previous interview, he even emphasized how the grace of God impacts our lives.

“God’s grace gives me a thankful heart. The Lord has given me all that I have as His grace shines in the mercy He provides and gifts He gives. If we were nonbelievers, then our work would be in vain; everything we do has a purpose for eternal salvation.”