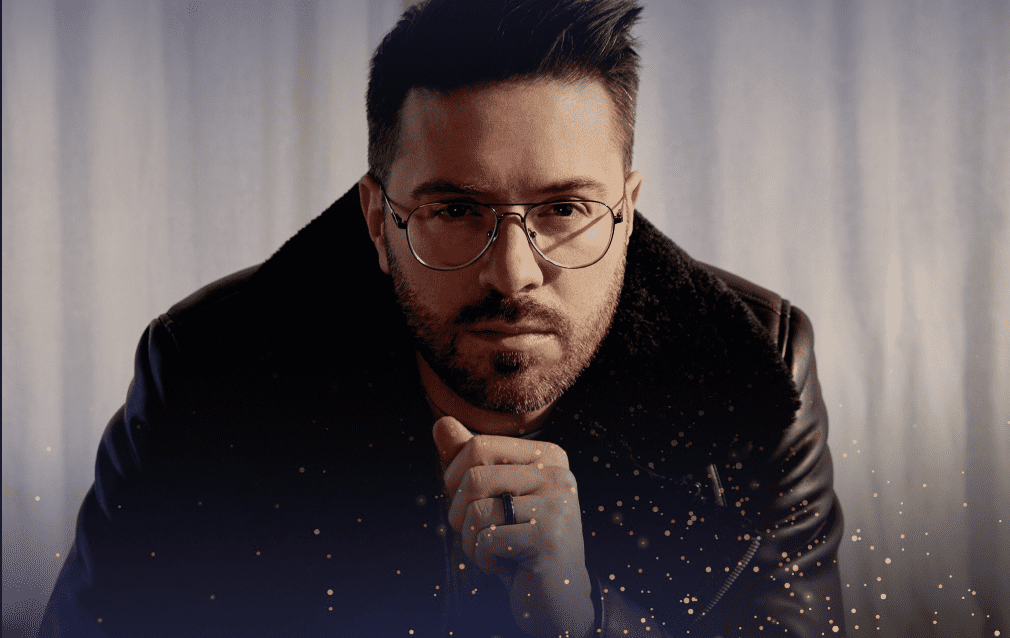 Danny Gokey has been making his way into the headlines of Christian media with his recent Dove Award nomination. What can we expect from the American Idol finalist who’s been topping the Christian music charts with latest hit “Haven’t Seen It Yet“?

Gokey’s music career started at his church, Faith Builders International Ministries, in Mikwalkee, Wisconson.  Danny soon decided that he didn’t want limit himself to faith based music and began pursuing other singing opportunities. In 2009, he was a participant on the 8th season of American Idol.  Danny show cased his musical talent by singing songs such as “What Hurts the Most” by Mark Wills, “Stand By Me” by Ben E. King, “Endless Love” by Lionel Richie and Dianna Ross, “September” by Earth, Wind, and Fire, “Come Rain or Come Shine” by Sy Oliver, and “Dream On’ by Aerosmith. He was eliminated in one of the final rounds after singing “Dance Little Sister” by Tarrence Trent D’Arby and “You Are So Beautiful” by Billy Preston.

After completing on American Idol Gokey began singing on the country music scene by signing a record deal with a music label in Nashville, Tennessee. His first country music single was “My Best Days Are Ahead of Me“.  Gokey’s stint in country music was short lived. He before he shifted his focus back to the Christian music scene in 2013 by signing with BMG.  It wasn’t long before his work was being noticed.  In 2015, he was nominated for the GMA Dove Awards New Artist of the Year and Song of the Year.  In 2016, he took home the GMA Dove Award for Christmas Album of the Year, and won the K-LOVE Fan Award Male Artist of the Year in 2019!

Does it get any better than that?  Yes, it does! Danny Gokey’s latest big announcement came on  August 16, 2019 when he and his wife welcomed his 4th child into the family  Welcome to the world Emmanuel Daniel Gokey! 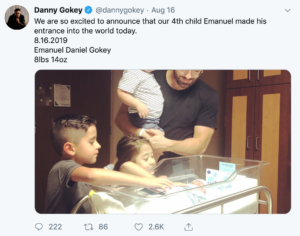 Ecclesiastes 11:5 – As you do not know the path of the wind, or how the body is formed in a mother’s womb,
so you cannot understand the work of God, the Maker of all things.

Let’s join the Gokey family in celebrating the new addition to their family!