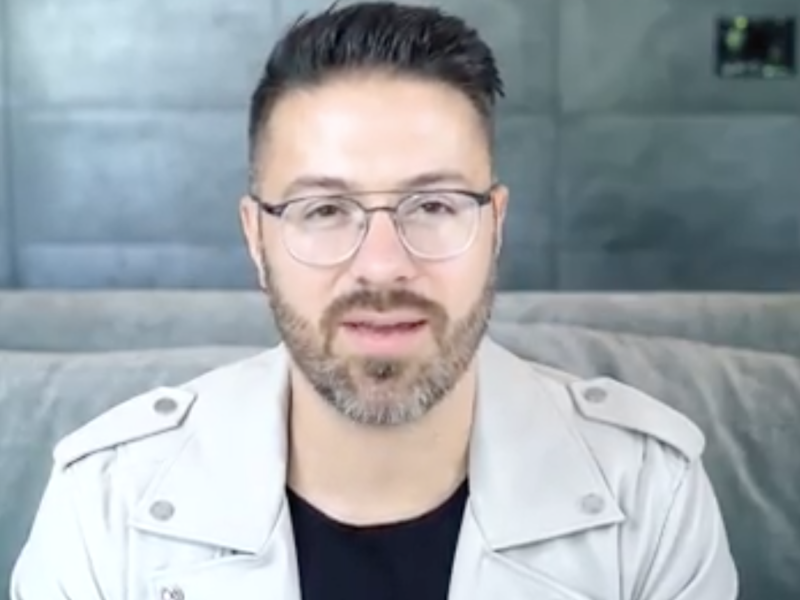 Danny Gokey is an inspiration to us all. In his new song ‘Wanted’ he shares about the amazing love God has for each and every one of us. And especially, anyone who ever felt they were unwanted or unloved.

Originally a truck driver from Milwaukee, Danny is an American Idol finalist who has gone on to be highly successful in the music industry. His story is one of immense sadness and of great joy. His first wife Sophia was a big fan of American Idol and encouraged him to enter. But then she passed away just four weeks before his audition.

Despite fighting tragedy every step of the way, Danny went all the way through to the finals of American Idol Season 8 in 2009, coming third. He poured his soul into his music and today is stronger and wiser. He has remarried and is now a father. He and his wife, Leyicet have three children and Danny continues to use his faith, strength, and passion to impact others.

Most recently, Danny has given his all in his new album release ‘Haven’t Seen It Yet’ featuring ‘Wanted’ which is a very powerful song for all who are hurting.

“This song means a lot to me because it was written from God’s perspective to those who have been hurt by so many things in life that they couldn’t control and as a result, they feel lost, damaged or unworthy,” says Danny.

“If this is you, the Father has your heart and He wants to restore it! His love goes so far beyond what you can imagine and He wants you to know that you ARE wanted! I pray that message sinks deep into the hearts of those who are hurting,”

The lyrics include the words:

If we could just focus on God despite our hurts, if we could see things through His eyes, we’d know that we are wanted and loved.

Tell someone they are wanted today… Just like a friend reached out to Danny during his lowest time and offered hope. (See video below from his Instagram account). Share Danny’s song with all you know who need a word of encouragement.

You never know what someone around you is going through & what might be the one thing that turns their world around. Reach out to someone who is struggling.

For just $10 per month you can bring the gospel to 1,000 homes. Join us as media missionaries! GIVE NOW
VIEW COMMENTS
« World’s Longest Salt Cave Discovered in Israel Unplanned Opens To More Than $6 Million In Box Office Receipts »