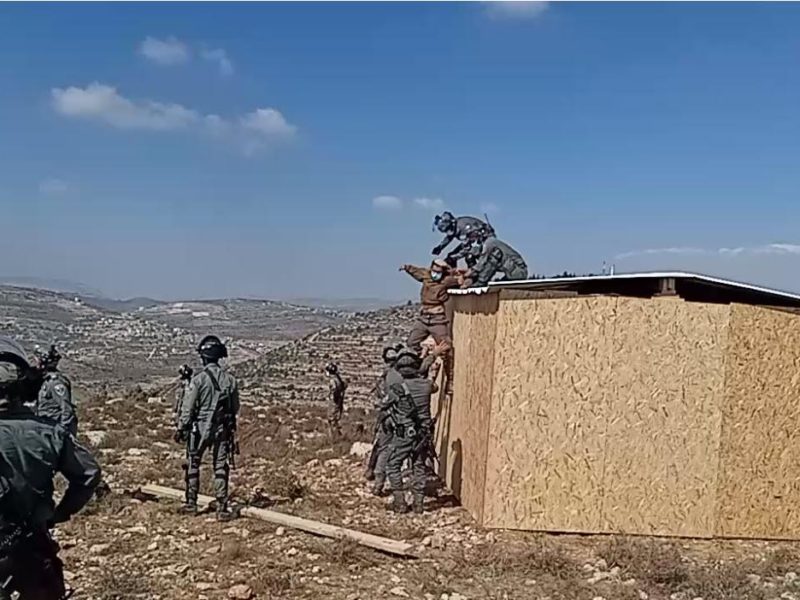 Three Israeli families and dozens of teenagers on Wednesday night established a new settlement point in Area B near the Arab villages of Singel and Abu Abwein in the Benyamin area.

Area B is under Palestinian Authority civil control and joint Israeli-PA security control.

The new community is named “Ma’ale Shai” after Rabbi Shai Ohayon who was murdered by an Arab terrorist in a stabbing attack on Wednesday.

The families built four residential buildings and have begun to prepare the area for the establishment of a new community.

The founders stated that the new point is part of the expansion of the Israeli presence in Judea and Samaria “to prevent the growing Arab takeover” of the area.

Illegal Arab construction in the region is rampant, including in fully Israeli-controlled area C, funded by the PA and the European Union.

“The Jewish settlement in Judea and Samaria today occupies only a small percentage of the heart of the country, there is still a lot of work to be done,” the families stated

Today it is clear to everyone that Oslo [peace accords] is dead. In light of the fact that the Palestinian Authority is building everywhere and declaring that it is not bound by any agreement, it is obvious that the Government of Israel and Prime Minister Netanyahu should allow Jews to settle anywhere in the Land of Israel,” they added.

Ohayon, 39 of Petah Tikva sustained multiple stab wounds to his upper body when getting off a bus near the Segula Junction in Petah Tikva. Paramedics arriving at the scene found the victim unconscious and without a pulse. Paramedics transferred him in critical condition to the trauma ward at nearby Belinson Medical Center, where he was later pronounced dead.

The terrorist, Khaled Dweikat, was subdued by a passerby and then arrested by the police.

Rabbi Ohayon, a full-time student at a Kollel in the nearby town of Kfar Saba, was a respected and prominent figure in his neighborhood and teacher of Torah lessons. He is survived by his wife and four children aged four to 13.

The IDF on Thursday morning raided Dweikat’s home in the village of Rojib, near Shechem, and took measurements of the house in preparation for its demolition.

For just $100 per month you can bring the gospel to 10,000 homes. Join us as media missionaries! GIVE NOW
VIEW COMMENTS
« Almost 600,000 Israelis Sent To Quarantine Since COVID-19 Outbreak Tour de France Veteran Dan Martin To Lead Israeli Team In Historic First Appearance »