Declaration of Independence From God 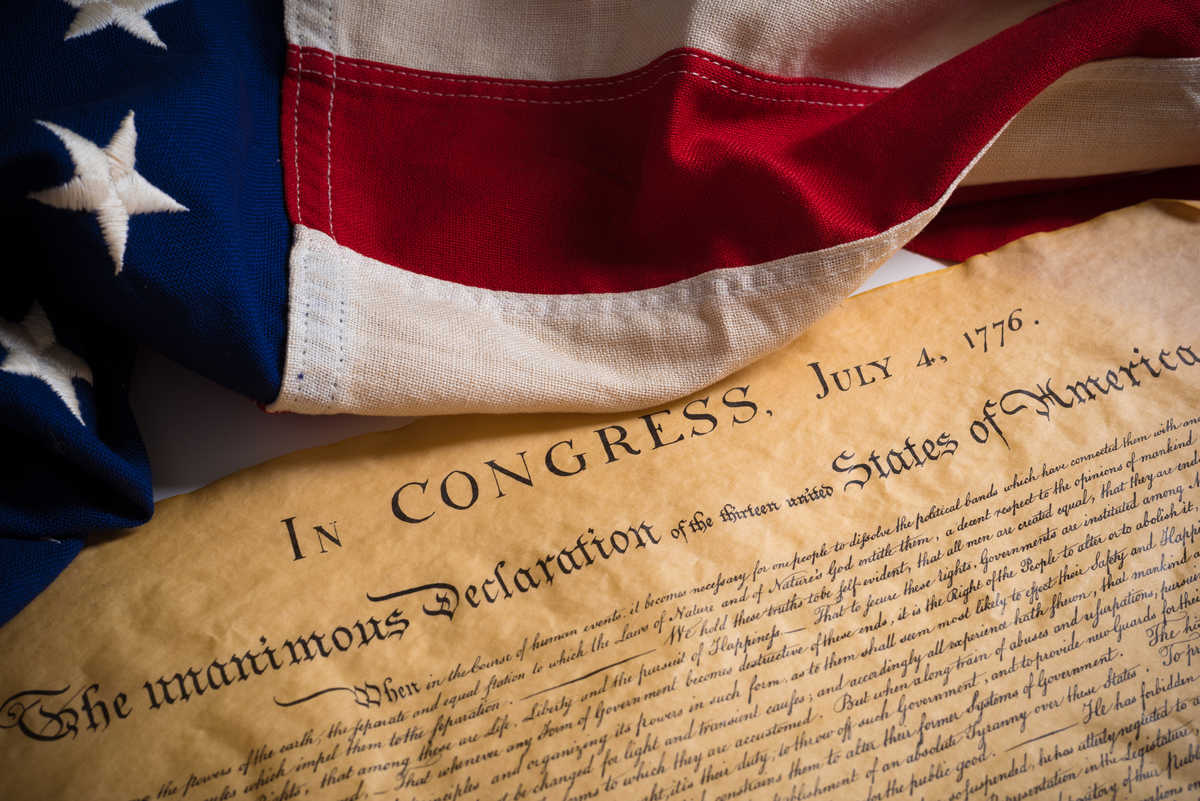 The fact that the Founding Fathers’ decision to disassociate the nation from Britain and its political position was based upon “the laws of nature and nature’s God,” (“the laws of nature and nature’s God” is referring to scriptures like Psalm 19 and Romans 1:19-23, which show how God uses nature to teach humanity of His ways) and underpinned by the phrase: “We hold these truths to be self-evident, that all men are created equal, that they are endowed by their Creator with certain unalienable Rights.”

Hence, Thomas Jefferson and the Founding Fathers believed all civil authority is derivative. As God’s representatives, they can either lose or gain the right to lead the people based on conformity to His laws. In other words, civil leaders gain legitimacy to lead based on how adequately they represent God’s laws in their principles and policies. One of the last things mentioned in this amazing Declaration were these words, which prove Thomas Jefferson and the other signers were not deistic in their religion. (Many claim that Jefferson, and most of the Founding Fathers, were not Christians but Deist. Deism is a religion that believes God created the world but had nothing to do with the personal affairs of men. God was like a person who makes a watch, winds it up, and leaves it alone. They did not believe God answered prayers, intervened in human affairs, did miracles, or died on a cross and rose from the dead.)

“We, therefore, the Representatives of the United States of America, in General Congress, Assembled, appealing to the Supreme Judge of the world for the rectitude of our intentions, do, in the Name, and by Authority of the good People of these Colonies, solemnly publish and declare, That these united Colonies are, and of Right ought to be Free and Independent States.”

Of course, any practicing deist would never appeal to God as the Supreme Judge of the world since it violates their most basic tenet that God as Creator has nothing to do with the world He made! Furthermore, the U.S.Constitution and the Declaration of Independence are not competing documents. The Declaration of Independence is the foundation for the values and birth of the nation and serves as the cornerstone of the US Constitution. Hence, there was no need for the Founding Fathers to mention God in this latter document because God and His laws are already assumed as its foundation. All that to say that the United States built its view of life, liberty, and justice upon biblical values and declared unambiguously that the burgeoning nation depended upon God for its existence, sustenance, and prosperity.

Our New Declaration of Independence From God

In the past century, our nation began to gradually stray from our biblical roots and dependence upon God as its anchor and sustainer. It seems to me that the greatest value many have in this nation is the value of autonomy. In comparison, past generations (World War II and beyond) celebrated the biblical virtues of self-sacrifice and service to humanity. The present generation values the right to self-expression and self-will, irrespective of how it negatively impacts society and stability for future generations. How far have we fallen as a nation from President Kennedy’s immortal words in the 1960s, “Ask not what your country can do for you but ask what you can do for your country”?

One decade after President Kennedy, we began to change the laws to reflect the values of human independence from God. This change includes values such as the “right to choose” (the so-called right of the mother to terminate the life of her unborn in the womb, or partial-birth abortion, which causes the infant to be partially born so they can terminate the small human), “no-fault divorce” (which made divorce easier and contributed to the rapid decline of two-parent households), alternate forms of family and marriage, gender identification (outside the bounds of one’s natural birth), and soon to come, trans-humanism, in which a robot equipped with artificial intelligence will be considered a humanoid. This will give way to birth humans marrying robots, counting robots along with their children as part of their family, further confusing the next generation and eroding the biblical concept of biological families.

America is now at the crossroads for survival. Some say it is on the precipice of another violent Civil War. (We are already a divided nation along political and ideological lines, replete with violent rhetoric and uncivil discord.) Its survival will not ultimately depend upon which political party triumphs, but upon which god wins. It will be either a continuing embrace of the god of self-expression and autonomy or a return to a dependence upon the biblical God who claims the earth for Himself and who laughs at all rulers, nations, and people who attempt to rebel against Him (Psalm 2 and 24).

May the United States of America not just have a Declaration of Independence but may this nation have total dependence upon the Creator God.