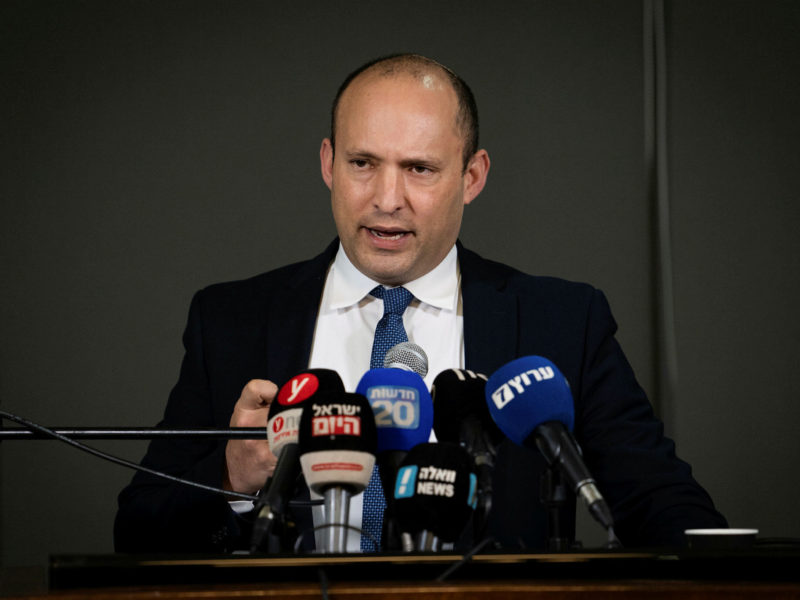 Defense Minister Naftali Bennett announced Tuesday that he has established a special team that will work on the application of Israeli sovereignty in Judea, Samaria and the Jordan Valley following the unveiling of President Donald Trump Deal of the Century peace plan.

The plan, titled “Vision for Peace, Prosperity, and a Brighter Future,” calls for the Israeli annexation of some 30% of the territory in Judea and Samaria already under its control, with the remaining 70% becoming a Palestinian state.

Speaking at a conference held by the Institute for National Security Studies (INSS), Bennett stated that “history has knocked on our door, giving us a one-time opportunity to apply Israeli law to all communities in Samaria, Judea and the Jordan Valley.”

“This is the biggest diplomatic opportunity that has come our way in 50 years, but an opportunity can pass if not grasped and implemented,” he cautioned, citing various reports that talked about postponing the announcement on Israeli annexation to a later date, possibly after the elections in March.

“If we postpone or reduce the application of sovereignty, then the Deal of the Century will be a missed opportunity,” he said, demanding an immediate application of “sovereignty to whatever territory President Trump is prepared for. No community and no Israeli should be left out.”

The team will start working immediately to coordinate all the IDF headquarters, the Civil Administration, the various government offices and the security system.

Addressing the Palestinian Authority (PA) and Hamas, Bennett said that “no one’s threats can stop us from determining our fate. The IDF and the defense establishment are prepared for any scenario. I instructed all forces to prepare for an escalation or reckless steps” taken by them.

“We are very clear in this regard – any attempt to challenge the security of Israeli citizens will hit a fortified wall,” he concluded.

For just $100 per month you can bring the gospel to 10,000 homes. Join us as media missionaries! GIVE NOW
VIEW COMMENTS
« ‘I Will Always Stand with the State of Israel’, Trump Tweets in Hebrew Temple Mount Activists Welcome Trump’s Plan that Calls For Freedom of Worship at Holy Site »