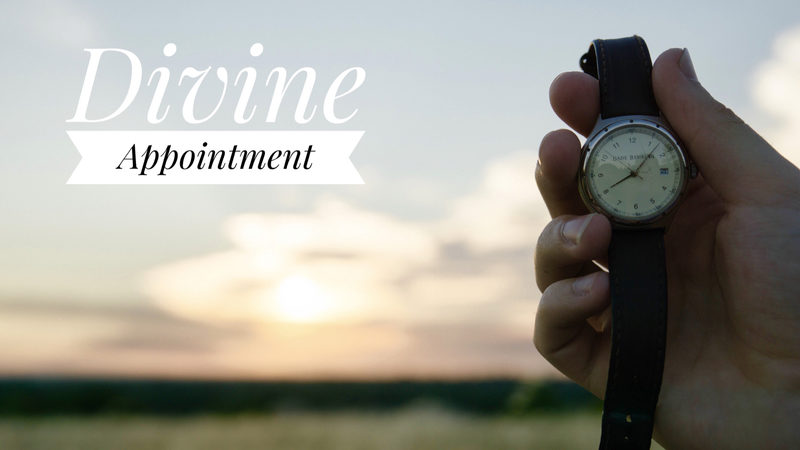 I once heard a pastor say that he waited six long years to win the affection of his future wife. The leader of our church, Colton Wickramaratne received a vision from God in 1957 about his future ministry. He persevered through many delays and challenges before his vision became a reality. When I began my career in radio broadcasting, I waited three years to get a break on the station. I almost quit, but thankfully God came through. Some couples I know prayed earnestly for a child for many years before their prayers were answered. All these stories show that delays don’t mean denials (they are Divine Appointments).

Are you troubled about an answer to a prayer being delayed in your life? Have you almost given up? Do you feel like God is denying you His blessing?

No one likes delays. We live in an instant world, filled with instant food, instant noodles, online banking, quick promotions, quick turnovers and rapid solutions. Any delay therefore, is uncomfortable. God however, has His own timing in our lives and He can ensure that a delay doesn’t mean a denial. His delays will lead to ‘Divine Appointments’. Through the delay, He will build our faith and our character.

In the book of Esther, we read about how Mordecai uncovered an assassination plot on Xerxes, the King of a mighty empire (2:21-23). As he revealed the details of the plot on the king through Esther, the conspirators were apprehended and the king’s life was saved. What was Mordecai’s reward? NOTHING! He was forgotten. The only reward he got was that his name was recorded in the Chronicles of the King (verse 23). An action that would have great significance later.

What about you? Do you feel forgotten today?

Mordecai, like any normal man I’m sure, would have been rather disappointed. Wouldn’t we, if we had helped save the life of our nation’s leader? But, in spite of what seemed like a denial, Mordecai kept serving faithfully.

At a later date, Mordecai found himself in a precarious situation. He was to be hanged on a large gallows the following day, due to a conspiracy by a wicked official named Haman, God, however, decided that the time for delay was over.

It so happened that according to chapter 6:1, the king couldn’t sleep that night. (Perhaps because the construction of the gallows created a loud din!) Since there was no TV for the king to watch a reality show, no radio to listen to his favorite talk show or no other entertainment available at that time of night, the best thing he could do was to read the chronicles about his exploits (6:1).

The record of his rule was therefore read to him. As the officials started reading, it was no coincidence that they turned to the story of how Mordecai had saved the King’s life (verse 2). To his horror, the King then found out from his officials that no reward had been given to Mordecai (verse 3).

Immediately, the king planned a rewards scheme for Mordecai (verses 4-11). Of all people, Haman was chosen to do the honors! As a result, not only Mordecai’s life but the entire Jewish race was eventually saved from possible destruction! The delay was not a denial but a ‘Divine Appointment’. Mordecai ended up being appointed to the second highest position in the empire.

Prayer – Lord, help me to trust You through the delays in my life. May I have the faith to believe that delays don’t mean denials of my request. I ask this In Jesus’ name. Amen!

Closing Thought – God is never too early; He’s never too late; He’s always on time! His delays are not a denial.

For just $100 per month you can bring the gospel to 10,000 homes. Join us as media missionaries! GIVE NOW
VIEW COMMENTS
« Mob Shows No Mercy To Mother of 5. Though Acquitted They Demand She… Ohio Votes To Stop Abortions Once A Heartbeat Is Detected »