BREAKING
Israel-led Team Solves Mystery Why Lightning Strikes Fewer Times Over The Ocean...
Tourism In The Holy Land Is Soaring Back Up To Pre-Pandemic Highs
Lapid Speaks Directly To Palestinians—Offers Them “Another Way” Out Of The Ongoing...
Home Articles Demi-Leigh Nel-Peters, Fiancée To Tim Tebow, Shares About The Faithfulness Of God

Demi-Leigh Nel-Peters, Fiancée To Tim Tebow, Shares About The Faithfulness Of God 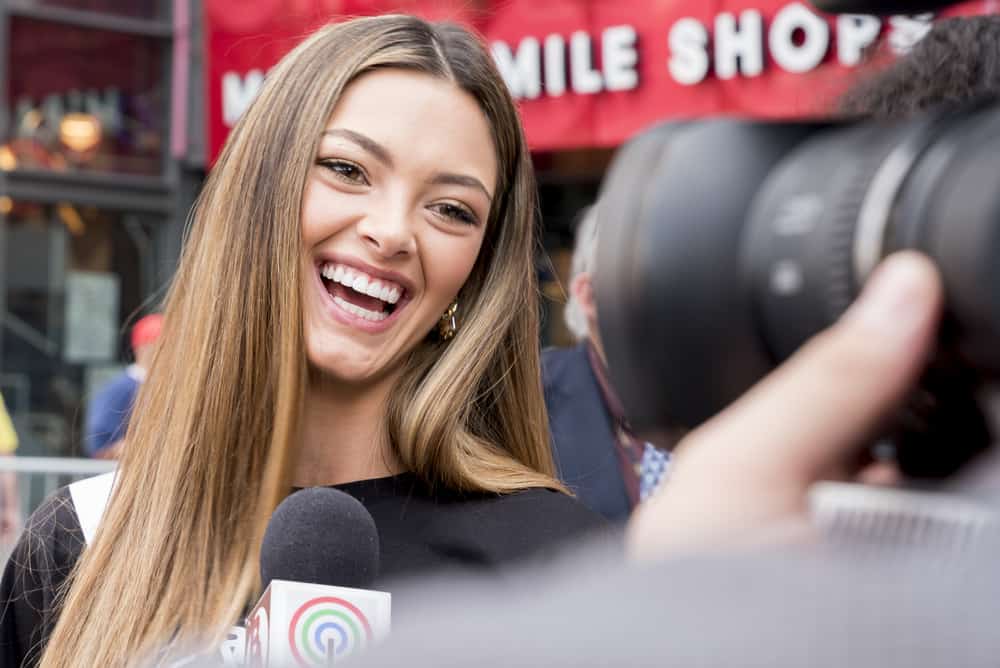 2017 Miss Universe and fiancée to Tim Tebow, (former NFL player and current professional baseball player for the New York Mets), Demi-Leigh Nel-Peters shares in an interview with The Gospel Herald about seeing the faithfulness of God in the life of her younger sister.

Demi-Leigh’s 13-year-old half-sister, Franje, was born without the cerebellum portion of her brain. A condition is known as “subtotal cerebellar agenesis”. Franje is unable to mentally develop past the capacity of a three-month-old.

However, 23-year-old Demi-Leigh shared on the red carpet of “Run The Race” that her sister Franje is her biggest inspiration!

“God has a plan and a purpose with everything,” she added. “We don’t always understand and we don’t always know what it is, but that purpose is there and that plan is there.”

It’s my little Princess’ 13th Birthday today! Franje, you put life into so much perspective for so many people without even knowing. You’re my biggest motivation in life. When you smile, I smile. Lief vir jou my Sussa ❤️

Standing by her side, Tim Tebow engaged in the conversation; “And not that it’s easy, but we can get through it with the right perspective,” He added. “Understanding that God’s always at work in our lives and the good and the bad, and He can use all of it.”

“A lot of times we just think, oh, He’s going to use the platform. And He does. But He also uses the heartache,” The former NFL player added, “My sister, who’s been a missionary for the last 13 years, always says to me, ‘God, will never waste pain that’s given to Him. And He never does.”

“So when we go through those heartaches and the tough times, we need to give it to Him and say, ‘God, this sucks, but I know you’re going to use it… A lot of times, He uses that heartache more than He does the good times.”

The power couple stands firm in the faithfulness of God even in the midst of trouble and times of pain. They both stand up for the rights of those who are disabled both mentally and physically.

Tim Tebow Foundation is currently celebrating Tim Tebow’s upcoming birthday by raising $150,000 to pray for 150 surgeries at the Tebow CURE Hospital in the Philippines.

Watch the video below to learn more: