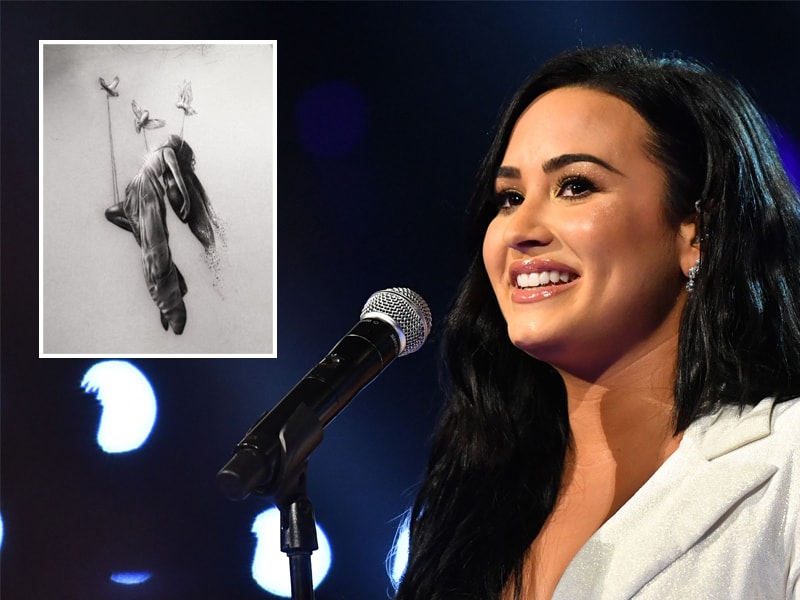 Actress and singer Demi Lovato recently got a meaningful tattoo that represents her “spiritual awakening.”.

The award-winning artist revealed in an Instagram post the tattoo she just got representing her journey. She even explained why she has been off the grid before returning to the spotlight for the Grammys and Super Bowl.

“I recently went dark on social media in preparation for my Grammy and Super Bowl performances but while I was off socials I got this incredibly meaningful tattoo done by @alessandro_capozzi,” Demi wrote on her post.

After almost losing her life to a drug overdose in 2019, she returned to debut her new song “Anyone” at the Grammy Awards last Sunday. Demi wrote the lyrics to the song just before the drug overdose.

However, today, Demi is getting back on her feet with a newfound faith in God. The 27-year-old artist even called her Christian journey a “spiritual awakening.”

“Getting tatted by him was an experience I’ve never had before,” she added. “No idea what I was going to get done, I told him about my life and where I was at at that moment and we created a combination of images that best symbolized the spiritual awakening I was having.”

Alongside the picture of her meaningful tattoo, she explained the details of her tattoo. The tattoo is actually a representation of what the Lord is doing in her life right now. He is healing her from her past and He is lifting her up into the light.

“Having a fallen angel being lifted by 3, pure, angelic doves (the Holy Trinity) as her inner light is being guided by a higher consciousness, and the disintegration of her dark wings was representing the darkness I was shedding.”