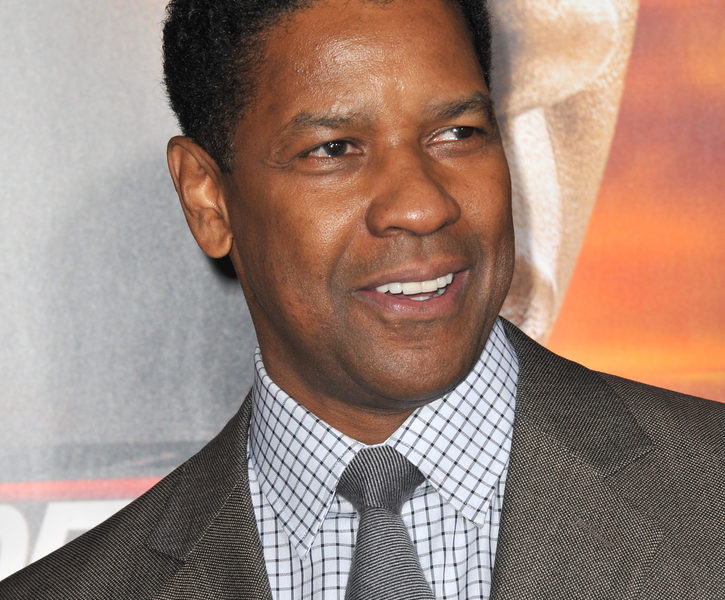 Despite the pressure as an A-list celebrity, Hollywood star Denzel Washington never forgot to use his platform to spread the Word of God. He often talks about his faith and credits his success to the grace of God. Though the road to fame was not easy for Denzel…

Denzel was born December 28, 1954, in Mount Vernon, New York. He is the son of Reverend Denzel Hayes Washington, Sr. a former pastor, and Lennis “Lynne” a beauty parlor owner. He loved both his parents but he was closer to his father.

“My father, my earthly father, Denzel Washington Sr. was a pastor for the Church of God in Christ for 60 years. I know he’s smiling in heaven, seeing his son doing the best I can do today, by the grace of God,” he told St. Louis American.

Denzel spent his early years in the church, however, when he became a teenager, things started to fall apart in his life. He befriended the wrong kind of guys and often got involved with fights. And then at the young age of 14, his parents got divorced.

Denzel’s concerning behavior drove his mom to send him to Oakland military academy in a bid to straighten him out. Then, an unexpected thing happened while he was at the academy.

“I had flunked out of college. I had a 1.7-grade point average. I had no future… I was sitting looking in the mirror and I see a woman behind me sitting under the dryer. Of course, the voice of God always comes from under a dryer. She said, ‘Young man, you are going to travel the world and speak to people. Now mind you, I was 20 years old, with a 1.7-grade point average and had flunked out of school. She said, ‘you are going to preach,’” Denzel explained.

Although he understood what the woman said, he didn’t go straight back to God and instead took a slight detour. Denzel studied medicine at Fordham University, but after graduation, he realized being a doctor wasn’t for him.

While still reckoning what to do next, Denzel took a job creative arts director at the YMCA in Camp Sloane.

“The counselors there put on a talent show for the kids. I put together these little poems and rhymes and skits for the kids in my cabin, and we stood up on stage and did our bit. After the show, this guy named Miles Joyce came up to me and said, ‘Man, you ever thought about being an actor?’” he said.

It was a slow start for him but throughout all the ups and downs, God remained by his side. Through God’s favor and the gifts and talents he’s been bestowed by his Heavenly Father, Denzel has become one of the biggest actors in the world. He’s won three Golden Globe awards, one Tony Award, and two Academy Awards for Best Supporting Actor for his film Glory and Best Actor for his role in Training Day.

In an interview with Charisma News, Denzel said, “There’s never been a time where God didn’t direct, protect, and correct me. There may have been times where I was less than faithful to Him, but He had faith in me.”

For just $100 per month you can bring the gospel to 10,000 homes. Join us as media missionaries! GIVE NOW
VIEW COMMENTS
« Hillsong Worship’s ‘Who You Say I Am’ Tops Christian Charts Justin Bieber’s Mom Calls His Wife, Hailey ‘A Gift’ »