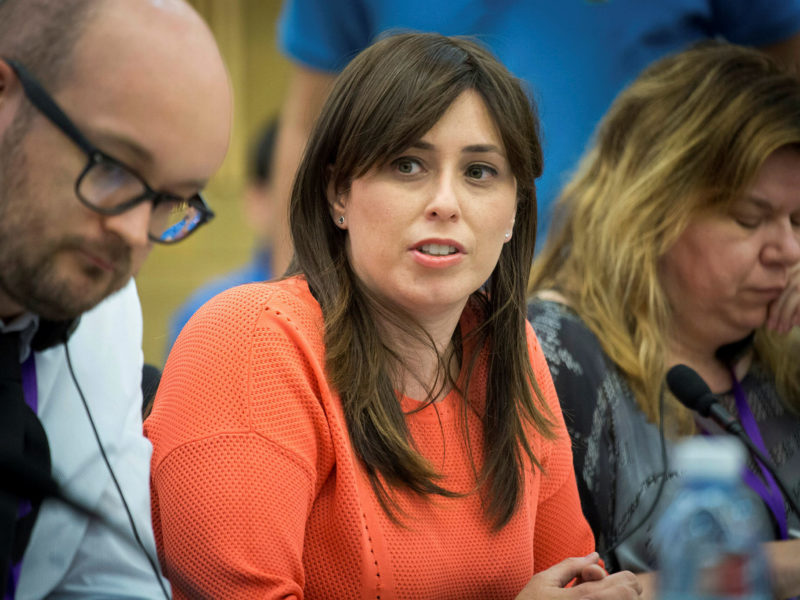 Israel is helping the Kurds in northern Syria in a variety of ways, Deputy Foreign Minister Tzipi Hotovely revealed.

Speaking at the Knesset on Wednesday during a special session on the plight of the Kurds in wake of the Turkish invasion in northern Syria, Hotovely said that Israel has received “many requests for assistance, mainly in the diplomatic and humanitarian fields, due to the killing of hundreds of civilians, the injuring of thousands and the displacement of hundreds of thousands of civilians.”

“We sympathize with the Kurds’ severe distress and are helping them on a variety of channels,” she stated.

She also warned that “the possible collapse of the Kurdish hold on northern Syria is a negative and dangerous scenario for Israel, and it is clear that such an event will strengthen negative factors acting on behalf of Iran.”

Israel’s working concept is that there is no vacuum in the Middle East and forces dangerous to Israel will fill the void of other forces removed from a given area.

Israel has “a vested interest in maintaining the Kurds’ and other minorities’ power in the northern Syria region as moderate and pro-Western elements who have proven their value many times over the years, especially during the war against ISIS (the Islamic State terror organization),” she explained.

Ashkenazi Chief Rabbi David Lau stated in October that “it is our moral obligation to act on the matter immediately and before it is too late.”

Israeli Ambassador to the United Nations Danny Danon earlier that month touched on the issue of Israeli support for the Kurds and told IDF Radio that “if we want to act we know how to do so, but not always openly. You have to think about how we help in a way that won’t harm those we help.”

For just $10 per month you can bring the gospel to 1,000 homes. Join us as media missionaries! GIVE NOW
VIEW COMMENTS
« Nikki Haley: ‘Israel is Not Going Away – When the World Recognizes That, Peace Becomes Possible’ Oil Company to Pay Over NIS 100 Million in Damages for 2014 Spill »