Despite Brexit, Revival Fire Will Sweep Across UK To Europe | God TV
Articles 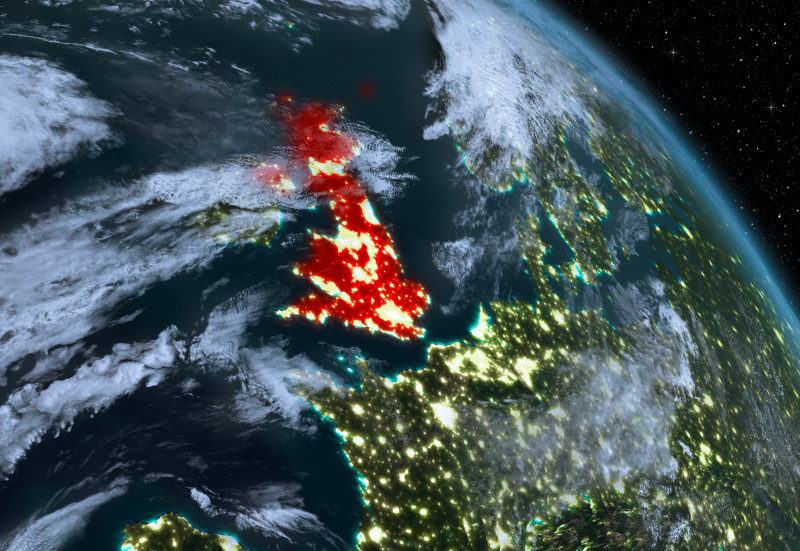 The UK is in a place of uncertainty right now concerning it’s future, however despite all the confusion God is not confused. He has used Great Britain time and time to extend His Kingdom. Devoted British missionaries like David Livingstone and Hudson Taylor have taken the Gospel to Africa, Asia and beyond. The late Jean Darnall was an American missionary to Hong Kong who spent time in the UK in the 1970s when she delivered this ground breaking prophecy that has inspired generations of Christians to embrace their God-given call.

Much of this prophecy has been fulfilled through the supernatural rise of Christian media in the UK. like GOD TV however there is so much more to come.

Prophecy Given by Jean Darnall

During those weeks a vision came to me. It appeared three different times, during prayer, and it was the same vision each time. Now most of my revelation from the Lord is what I just ‘know’: He makes me know something, and I speak it forth. But now and then I have a vision, and when I do I have a pretty good one! Some people have a very garden-variety type of visions: they’re getting them all the time, you know. But I just have them now and then. And it’s usually a milestone: a turning point or very large directive in my life.

Phase One: The Glowing Fires

The Lord impressed it on my Heart that those fires I saw were groups of people whom He would make intensely hungry for New Testament Christianity. They would start reading their Bibles and saying, for instance, as they read the book of Acts, “Well, where is this happy church? Where are these people so full of the power of the Holy Spirit? Where are these miracles? Where is this growth, this vitality, this courage, this boldness that these people had? Is that for today – can we have it today? Should the Church be this way?”

And as these questions were being planted in their hearts, the Lord Jesus said He would make them very hungry for the Holy Spirit; He would fill them with the Holy Spirit, and out of those gifts would flow ministries that would enrich the Body of Christ. The whole concept of the Body of Christ would come alive, and barriers between denominations and different types of Christians would break down as people met each other.

The Lord said He would move these people all over the country. After he had taught them gifts, he would move them to another place where they would carry that fire, and where they would meet others also who were being renewed by the Holy Spirit. He would put them in different situations from what they were used to, so that they would get to know people of other denominations, other cultures and other classes, and be able to communicate to them the blessings that the Lord had given them.

Phase Two: The Coming of the Lightning

Then I asked the Lord, “What does the lightning stand for?”

And He said, “Unlike the first part, in which I will be speaking to Christians and preparing My Church and renewing it and reviving the saints, the lightning represents a second part of the vision, in which I will bring a spiritual awakening to the nation that will be a witness to the unsaved, to the un-churched, to the non-Christian.

“An army of witnesses in Britain, whom I will make My communicators.”

Thousands and thousands of people are going to come into My Kingdom through this army of witnesses, through this people movement – not characterized by any particular evangelist or great organisation at the front, but just My people rising up, led by My spirit and beginning to move forward with a new faith for evangelism, a new zeal to share Jesus with others.

And as they give their testimonies, I will release their ministries of healing and miracles, and there will be signs and wonders accompanying their ministries. So many people will be saved, in the villages as well as in the cities, in the schools, in the Government, in media, in industry. It will affect the destiny of this nation; it will determine the course of the times.

Phase Three: Streams across the Channel

Then I said, “Lord, what about these streams that go on across the Channel into Europe?”

And He said, “That represents people who will rise up in the midst of this people movement, this army of witnesses in Britain, whom I will make My communicators.”

Now I hadn’t used that word very much before in ministry I said, “Lord, what do you mean by communicators?”

And he said, “They will not only be people endowed with the gifts of the Holy Spirit, with strong faith, but they will also be people talented in the arts. They will be writers, musicians, singers and actors, and also technicians in television, radio and the mass media. I will call and send them and put them in strategic places.

“I will bless their natural talents with My Spirit, and they will be good: they will excel. They will be leaders in their fields. I will send them into Europe, where they will meet other people in the media, and through them I will release the Word of God very fast in Europe. The result will be another wave of a spiritual awakening, with thousands coming to Christ throughout Europe.”

For just $10 per month you can bring the gospel to 1,000 homes. Join us as media missionaries! GIVE NOW
VIEW COMMENTS
« State Representative Kimberly Daniels Proposes Bill For Bible Classes In Public Schools Tim and Robby Tebow Release a New Preview for ‘Run the Race’ »