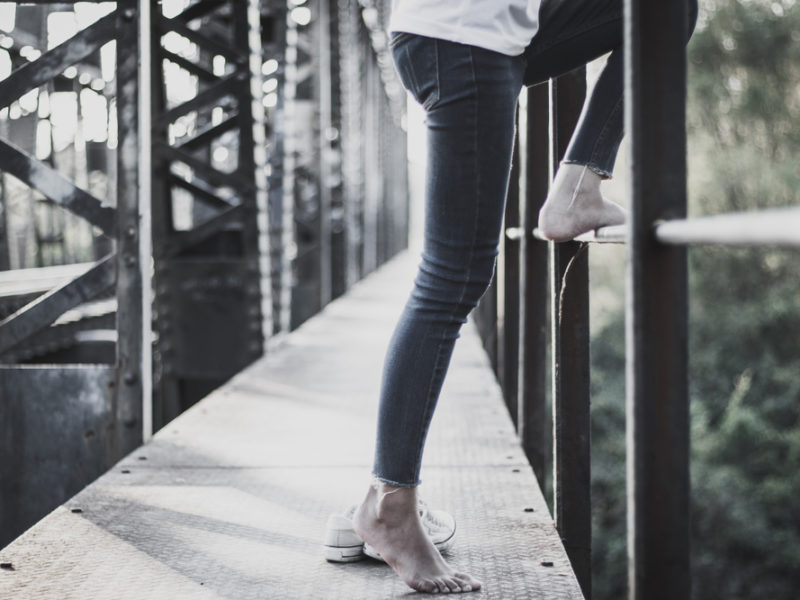 In a report by @Sunderlandnow, an anonymous woman has revealed how she was contemplating suicide… and what stopped her.

One night, she decided to end all her pain by jumping off the Wearmouth Bridge in Sunderland, UK where several people have taken their own lives.  Determined to put an end to it all, she was about to climb over the railings of when she saw a brightly colored note.

“Be STRONG because things will get better. It may be stormy now but it never rains forever,” was the message in the note. To her surprise, there wasn’t just one note but at least 40! Each contained an encouraging message for people so broken that they wanted to take their own lives.

This filled her with hope. And, instead of her lifeless body being found at the bottom of the river, she was alive and well with her family. But, who was the thoughtful person behind these notes? 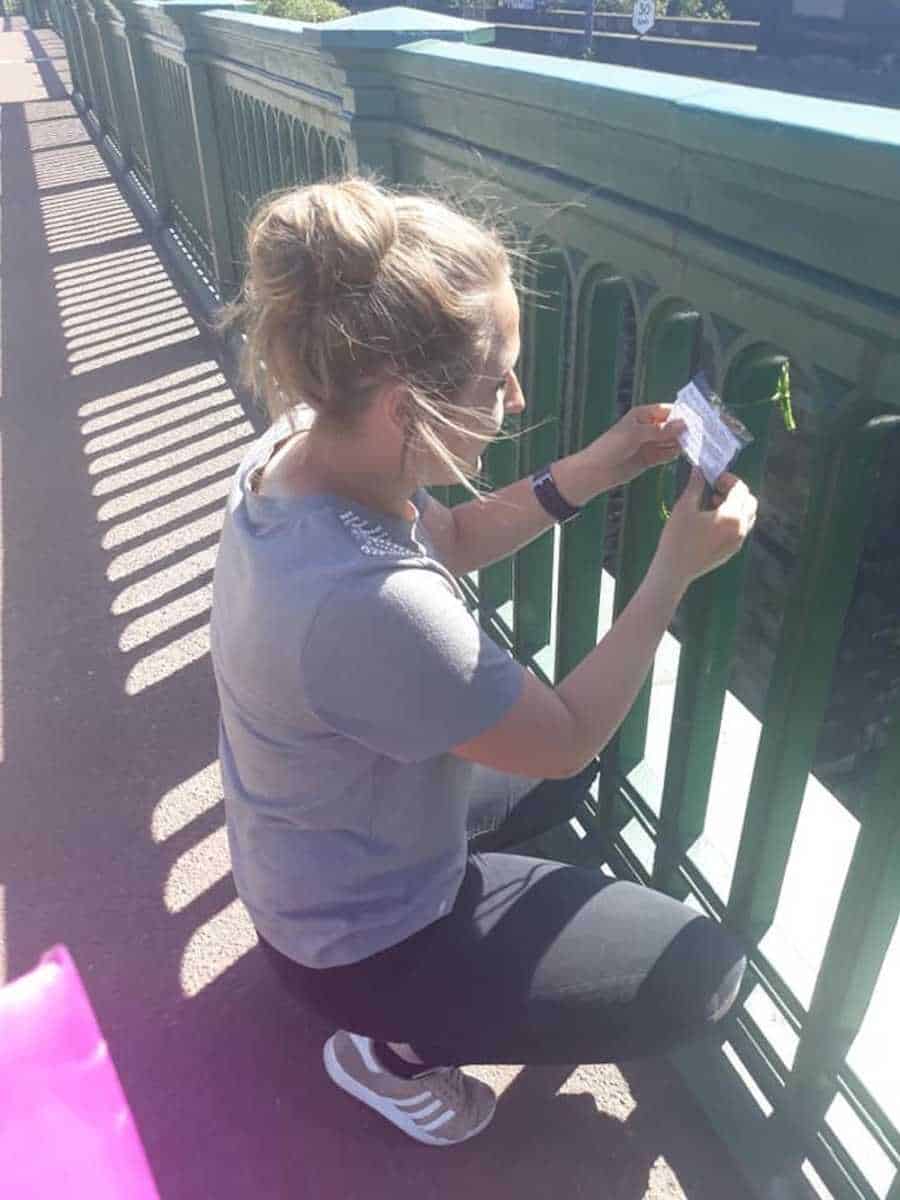 Paige Hunter, from England, is the teen behind these remarkable words of encouragement aimed at helping to prevent people from committing suicide. In fact, she has helped save the lives of several people to date.

Depression and suicidal thoughts are no joke. Paige herself experienced such despair at one time. She suffered from anxiety and PTSD at a young age.

“I went through a trauma and trying to cope with the impact of the trauma completely destroyed me,” she told Love What Matters.

Sometimes when the pain is too real and overwhelming, you have this earnest desire to make the pain stop, even if that means thoughts of suicide. 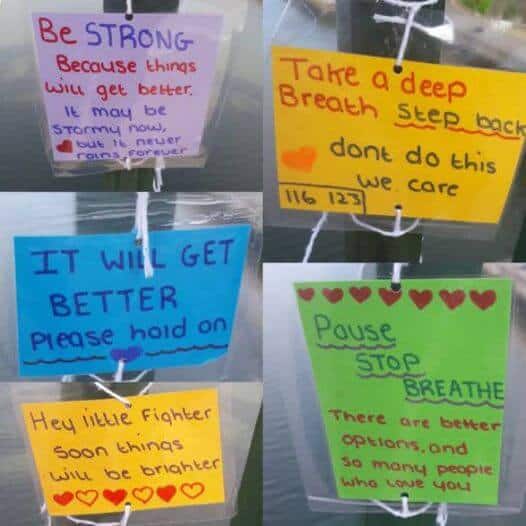 “I remember standing on the edge of the bridge thoughts racing through my mind over and over. I didn’t want to die I only wanted the pain that I was going through to stop. I couldn’t handle to see another flashback from my past. The not wanting to get out of bed on a morning or not wanting to go out with friends in case I had a bad turn from panic attacks to flashbacks.

“Every step took me closer and closer to the edge where even my thoughts began to slow down. Then, all I heard was the police and ambulances coming who helped me change my mind,” reminisces Paige, when she decided to commit suicide on Wearmouth Bridge.

Soon, Paige realized how wrong she was, “I was wrong; every life is precious and you are worth so much more than you think. I now don’t let my past define my future but instead embrace what I have been through.

“Wondering whether your life is worth living is absolutely terrifying and lonely,” she added. “I didn’t want others to feel like there is no one to help, to talk and support them through these feelings.”

Driven by her passion to prove that life is worth living, Paige wanted to make a difference by putting brightly colored notes on bridges. 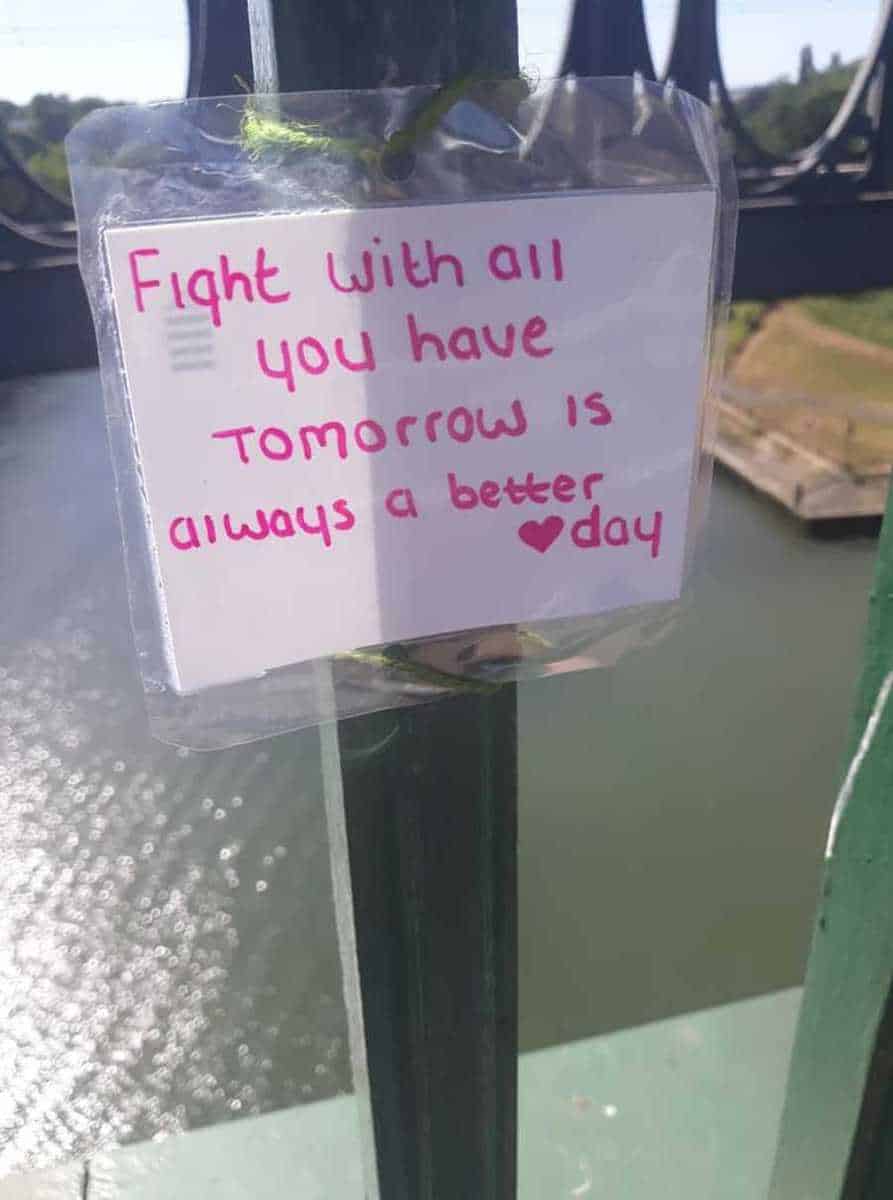 Each note holds an encouraging phrase like, “Fight with all you have, tomorrow is a better day” and “You have the power to say, ‘This is not how my story will end.’”

“I have placed 40 of these notes to show that it is actually alright to not be okay. I hope that these quotes just help that one person to not commit suicide and know that they are worthy of living.” 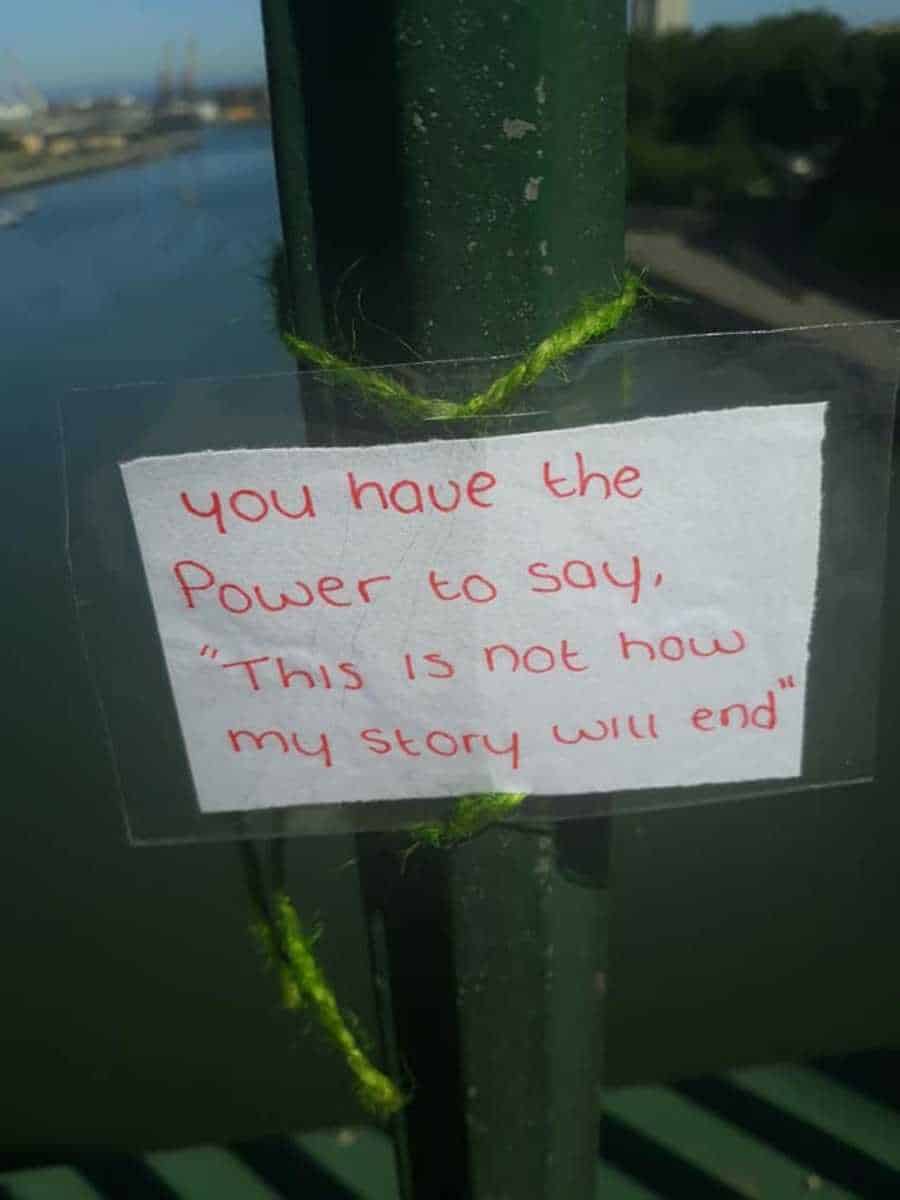 “I think the notes have helped save so many people,” said Paige. “When they have seen that a stranger has placed notes on a bridge to help them stop and think about it, they know there are people who want to help and who care.

“One person said ‘the notes helped because they had given me hope and to see that someone had been in the same situation come out shining and wanting to help others it made me think that actually, yeah things will get better.’” 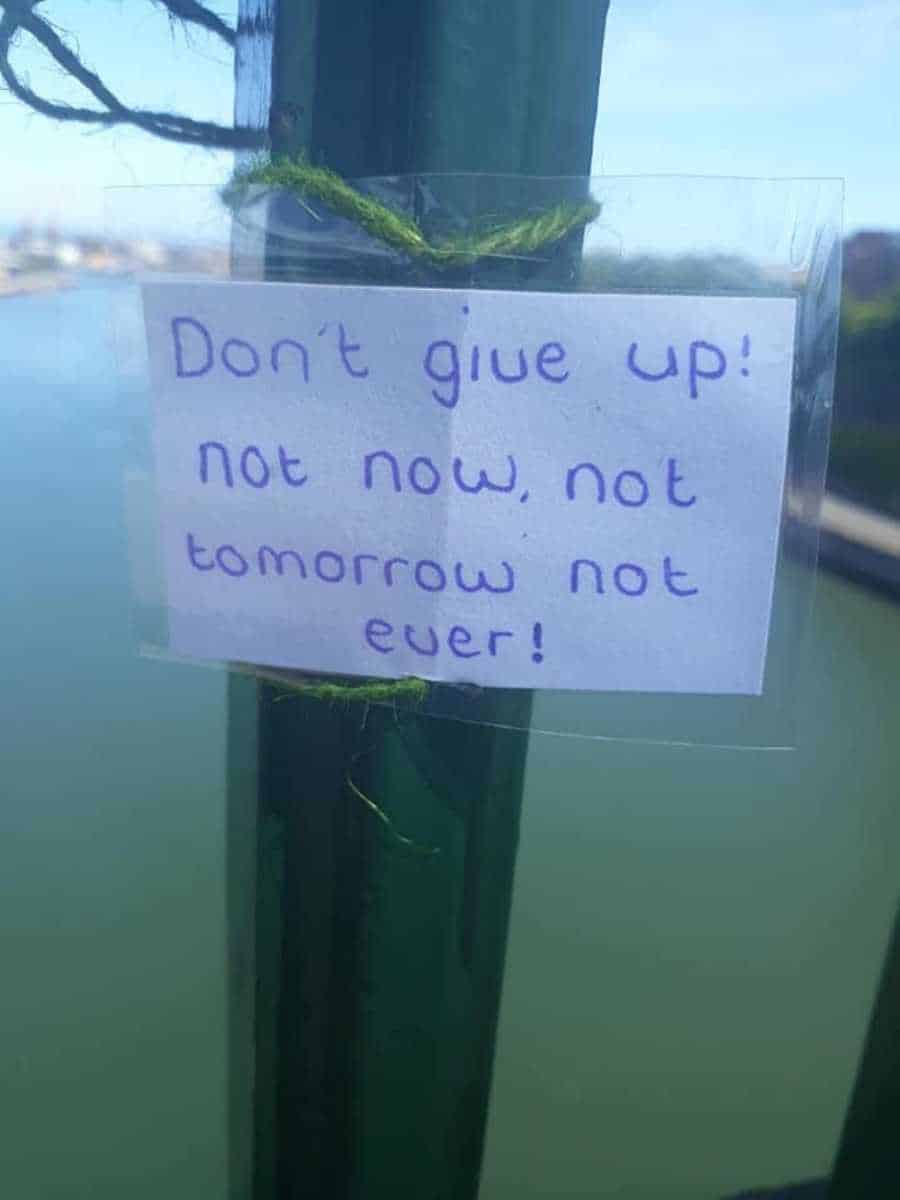 God’s love goes a long way through people like Paige, to let these brokenhearted people know that He truly cares for them. Who would have thought this simple act could save lives.

May God bless Paige Hunter, who is changing the world one brightly-colored note at a time!

If you or someone you know needs someone to talk to, reach out today

Talk with a licensed, professional therapist online. Affordable, private online counseling. Anytime, anywhere. Click HERE or on the image below: 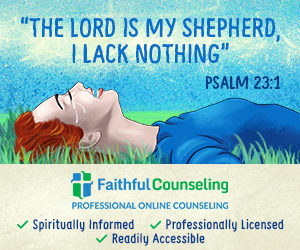 For just $100 per month you can bring the gospel to 10,000 homes. Join us as media missionaries! GIVE NOW
VIEW COMMENTS
« Luis Palau – A Life Filled With Adventure, Risk, And Faith Presence Healing Conference 2019 – LIVE On GOD TV »