DFLP Calls on Israeli-Arabs to Vote for Joint Arab List: ‘Everyone to the Voting Ballots’ | God TV
Israel 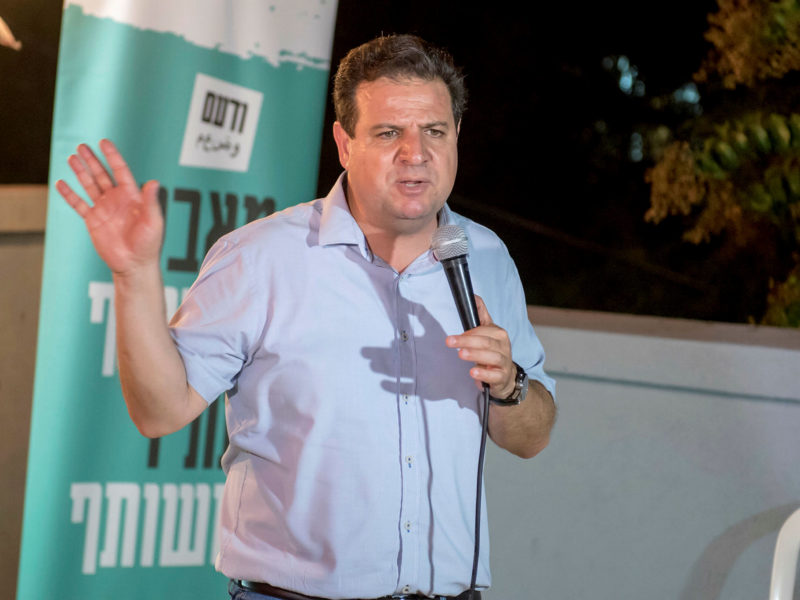 The DFLP is a Palestinian political and terrorist organization. It has been involved in numerous terror attacks in the previous decade and has been a strong supporter of terrorism and violence against Israel.

The DFLP has called for wide participation in the elections, saying that “the challenge in these elections is to receive as many seats as possible in the next Knesset, so we can stand up to the Netanyahu government and his statements calling Arabs an enemy.”

“The Joint List is a symbol of the unity of the national Palestinian position and represents the entire spectrum of opinions among 1948 Arabs (i.e. Arabs living within the Green Line). They stand shoulder to shoulder with the Palestinians, and lead the battle against the fascist and racist policy in Israel,” they added.

The Joint List, headed by Member of Knesset Ayman Odeh, said they were unaware of the DFLP’s statement. Odeh said that the current elections are a chance’ for Israeli-Arabs to be “first-tier citizens, and stop being treated as second-grade citizens.”

He called upon voters to “come to the ballot together with your friends and family.”

For just $100 per month you can bring the gospel to 10,000 homes. Join us as media missionaries! GIVE NOW
VIEW COMMENTS
« Accusations of Elections Fraud and Scuffles at Several Voting Stations Are You Ready For The Harvest? »