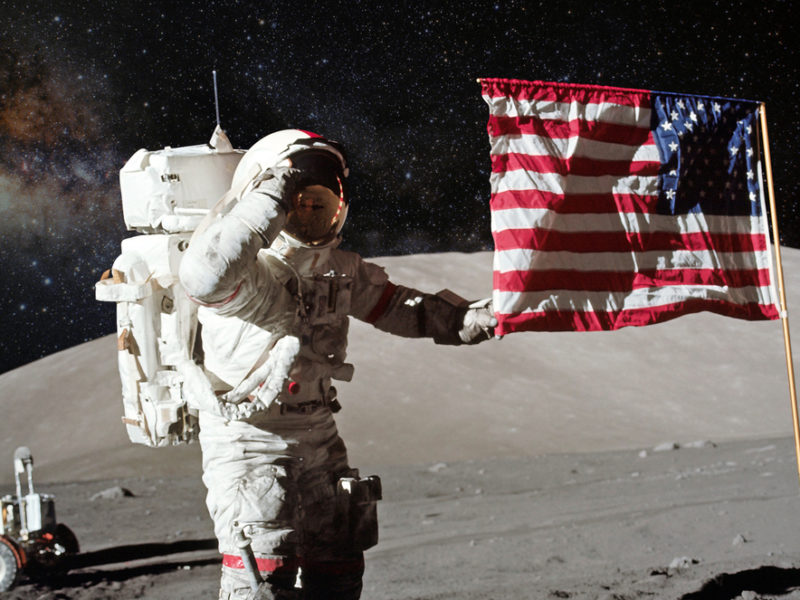 According to Wonders of the Bible a 19th Century microscopic Lord’s Prayer may be directly responsible for leading to the NASA computers that put the first man on the moon 50 years ago.

Micro photography was invented by John Benjamin Dancer in 1859. Microscopic Lord’s Prayers eventually became the reference standard for showing scientific advancements in miniaturization. Many others would follow, all using the Lord’s Prayer as their selection of choice.

Micro Lord’s Prayer entries were displayed at the largest science and technology exhibitions in the world, including the 1851 Great Exhibition in London; the 1915 San Francisco Exposition; the 1933 Chicago World’s Fair Century of Progress; and others. 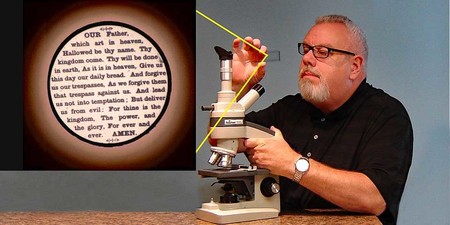 Micro photography eventually led to 20th Century data storage media such as microfilm and microfiche. These technologies, in turn, led to micro photo-lithography and the development of computer memory chips and circuitry. Many of the first practical applications were for early computers used in NASA’s burgeoning space program.

These computerized design, testing and guidance systems (tracing their printed circuitry roots back to micro photography) provided the necessary calculations to put the first man on the surface of the moon on July 20, 1969. 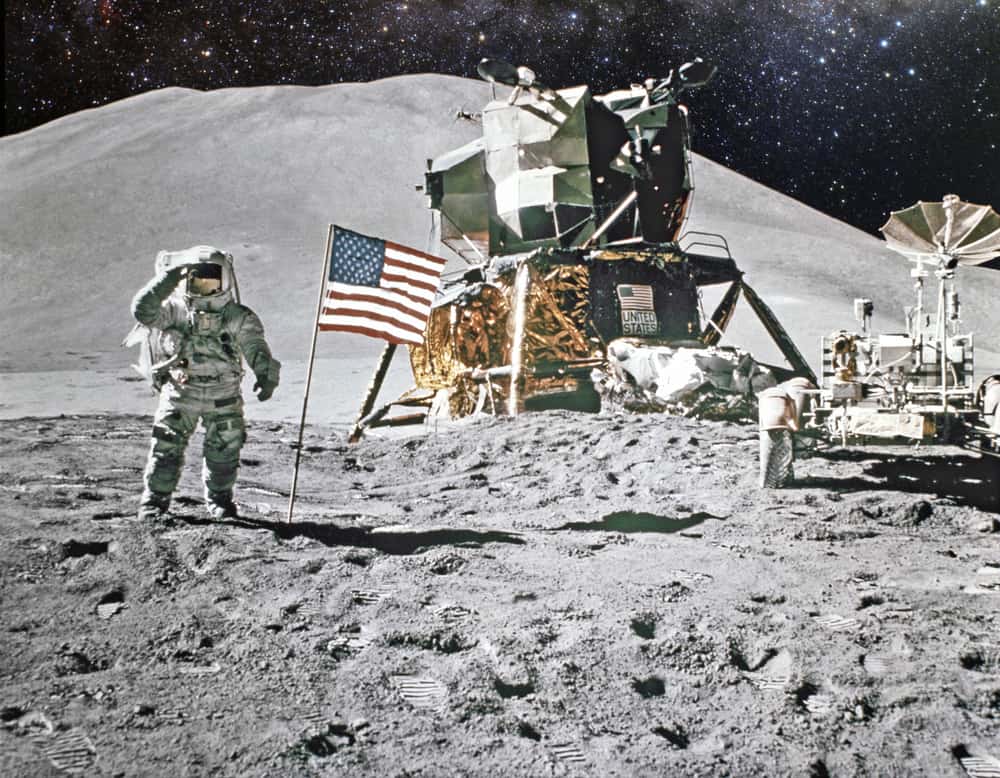 Our Father, which art in heaven,
Hallowed be thy Name.
Thy Kingdom come.
Thy will be done in earth,
As it is in heaven.
Give us this day our daily bread.
And forgive us our trespasses,
As we forgive them that trespass against us.
And lead us not into temptation,
But deliver us from evil.
For thine is the kingdom,
The power, and the glory,
For ever and ever.
Amen.

About Wonders of the Bible

Wonders of the Bible is a private family collection and outreach ministry located in Allentown, Pennsylvania that proclaims Jesus Christ through visual arts, science and communication technologies: past, present and future.

For just $10 per month you can bring the gospel to 1,000 homes. Join us as media missionaries! GIVE NOW
VIEW COMMENTS
« Medical Student Rescued An Old Man Who Suffered A Heart-Attack In An Unexpected Place Why David Is Called “A Man After God’s Own Heart”? »