Did Israel Breach its Own Policy When it Returned a Terrorist’s Body to Gaza? | God TV
News 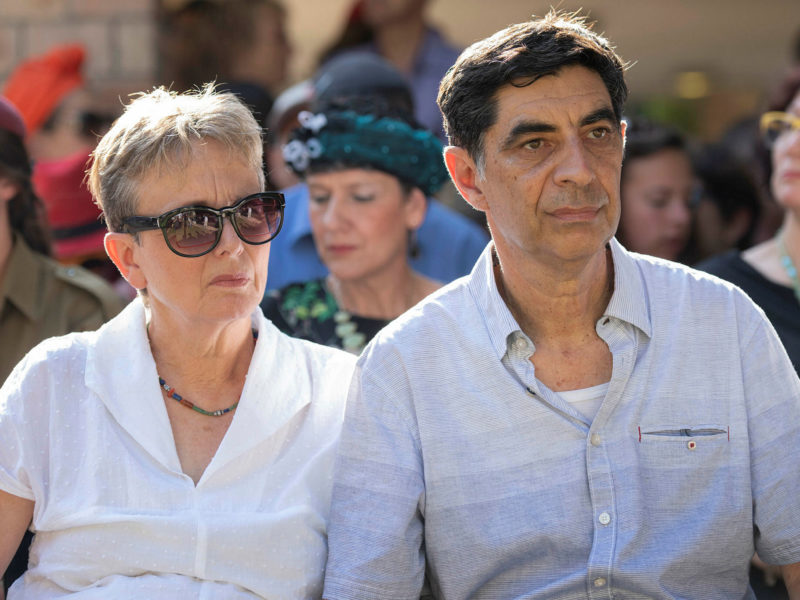 The Israeli government has apparently breached its own policy of not returning the bodies of terrorists to the Gaza Strip for burial and has lost a bargaining chip in the negotiations for the return of the bodies of IDF soldiers held by the Hamas terror organization, TPS has learned.

Israel on October 23 turned over the body of Imad Khalil Shaheen who was killed on November 3, 2018, after infiltrating the border with Israel in the central Gaza Strip. His body was turned over to his family in Gaza after a year in Israeli custody.

Israel has a policy of not turning over the bodies of terrorists to Gaza as long as Hamas is holding onto the bodies of IDF soldiers Hadar Goldin and Oron Shaul.

Goldin, of the elite Givati Reconnaissance Unit, was killed and abducted by Hamas during a battle with terrorists during Operation Protective Edge in the summer of 2014. Two other IDF soldiers also died in the incident. The battle ensued hours after a UN-sponsored ceasefire came into effect.

Shaul was killed in battle together with another six Golani soldiers in Shajaiya when their armored personnel carrier was hit by an anti-tank rocket. His body was never recovered and is assumed to be held by Hamas.

An in-depth inquiry by TPS shows that Shaheen was a member of a terrorist group, and that the government apparently transgressed its own policies when it returned his body to Gaza for burial.

A source in Gaza told TPS that Shaheen was a member of the “Al-Ahrar,” an armed Jihadist group, as well as a member of the “Nighttime Attrition” unit which objective is to turn the lives of the Israelis living around Gaza into a living nightmare.

Both organizations are linked to and supported by Hamas, but its members are not full Hamas members. They operate in line with a policy set forth by Hamas leader in Gaza Yihya Sinwar.

Coordination between Hamas and other terror-related groups is common in Gaza.

Shaheen participated in anti-Israel actions for seven months prior to his death and was injured three times, including in an incident in which he lost a finger. On his Facebook page, he wrote that he may soon become a Shaheed, a Muslim warrior killed in battle while fighting the infidel, and asked forgiveness from his family.

After his death, the Al-Ahrar group erected a mourner’s tent at his home and issued public notices in his honor.
Established in 2007 by former Fatah members, Al Ahrar has declared itself a Jihadist military body. Photos show youth marching with RPG rocket launchers and the organizations’ flags.

A source in Gaza told TPS that Al-Ahrar has essentially been absorbed by Hamas. Al Ahrar has publicly declared that it is coordinated with Hamas and the other factions in Gaza operating against Israel.

Al-Ahrar is structured like a military organization and has departments responsible for security and training. It has commanders in each of the seven sectors in Gaza with sub-units and local squad leaders.

The Nighttime Attrition unit, of which Shaheen was a member, is financially supported by Hamas. The organization has even complained to Hamas about misconduct regarding the payments of its members who were wounded while operating against Israel.

For just $10 per month you can bring the gospel to 1,000 homes. Join us as media missionaries! GIVE NOW
VIEW COMMENTS
« South African Rugby Player Siya Kolisi Discovers Saving Power of Christ Israeli Ambassador Slams UN’s Focus on Israel While Erdogan ‘Has Turned Turkey Into a Safe Haven for Hamas’ »