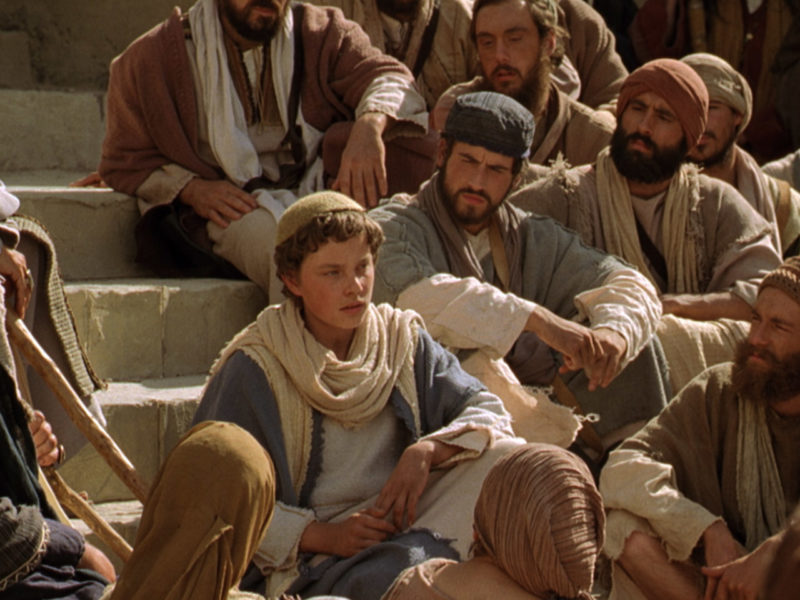 Ever wonder what Jesus did after he was born in a shanty and before he began his ministry at age 30? Well, so does “Orange Is The New Black” Director Jenji Kohan.

In a departure from her prison-centered dramedy, Kohan is creating a fictional “Wonder Years”-esque Netflix Series starring teenage Jesus. And she’s expecting quite a backlash from Christians and non-Christians alike. In an interview with Hollywood Reporter, she revealed that she’s purchased terrorism insurance.

But Kohan is no stranger to controversy. Her hit Netflix series “Orange Is the New Black” seems to thrive precisely because it doesn’t shy away from uncomfortable topics such as rape, homosexuality, gender identity, women’s empowerment, the prison-industrial complex, crime, and morality in general. Kohan used Piper Kerman’s autobiographical novel as a launching pad, but if she tries to use the Bible to launch this series, she will have little to go on.

What Do We Know About Teenage Jesus?

The only Scriptural reference to the young Jesus actually occurs before his teenage years. At the age of 12, Jesus appears to be quite a handful for his parents. As is their yearly tradition, Mary and Joseph returned to Jerusalem for the Passover, bringing Jesus along with them. After the feast ended, they set off with a group to journey home – only to discover that Jesus wasn’t with them.

Three days later, they found Jesus among the Jewish rabbis, learning from them and asking questions. When his parents appeared before him, distressed, Jesus calmly asked, “Why were you looking for me? Did you not know that I must be in my Father’s house?” (Luke 2:49). But his frustrated parents didn’t understand. Even so, Jesus submitted to them and returned to the rural, sleepy town of Nazareth.

The passage ends with the following words, apparently meant to summarize Jesus’s adolescence: “And Jesus increased in wisdom and in stature and in favor with God and man” (Luke 2:52).

There are other non-Canonical ancient texts, like the Gospel of Thomas, that discuss Jesus’s youth. But early on, Christian leaders did not deem these to be the Word of God.

So essentially, we know nothing about Jesus’s teenage years. Why is the Bible silent on these crucial years of development? Perhaps all we need to know about his childhood, we learned from his pre-adolescence: Jesus pursued His Heavenly Father, obeyed his parents, and increased in wisdom. But Kohan wants to dig deeper into this revolutionary’s life.

If Kohan is willing to risk being the target of terrorism to portray Jesus’s adolescence, then she must believe there is a goldmine of potential here. As her past success demonstrates, when she swings, she doesn’t usually miss.

Kohan fully admits that the series will be fictional. With no historical or Scriptural basis, what else can it be? But the question remains: Will she portray Jesus as an unruly, rebellious, sinful teenager, or a submissive, holy, blessed child? The first contradicts Jesus’s divine nature, and the second may not provide enough drama-fodder for Kohan.

The release date has yet to be announced. It remains to be seen whether the series will be blasphemy, art, or a religious supplement. Let’s pray that His name will be lifted higher.

For just $100 per month you can bring the gospel to 10,000 homes. Join us as media missionaries! GIVE NOW
VIEW COMMENTS
« An Open Letter to Myself in Middle School: Save Me a Seat at the Unpopular Table WATCH Disney’s Highly-Anticipated Christan Novel Remake “A Wrinkle In Time” Trailer »