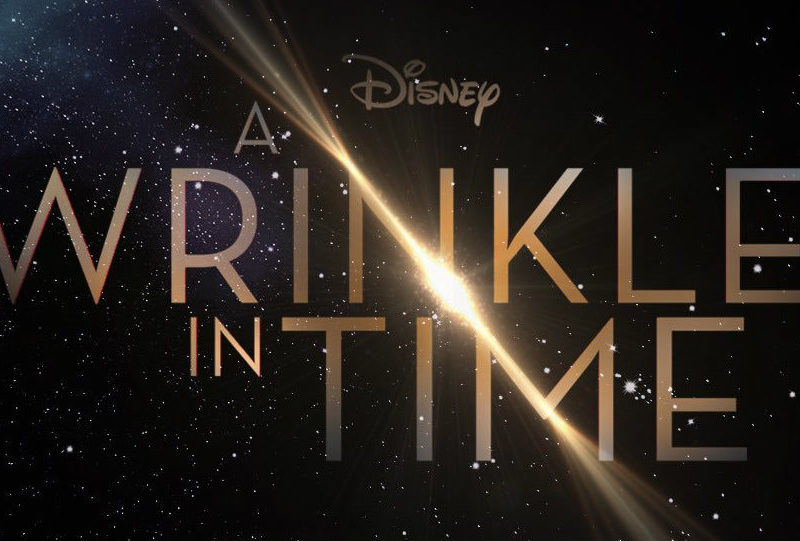 “What if we are here for a reason? What if we are part of something truly divine?” It is with these deeply significant philosophical questions that Disney’s live-action movie “A Wrinkle In Time” is introduced to the world. Filming has ended for the star-studded cast, and now the newly-released trailer has left many in tense suspense for the March 2018 movie release date.

It has been over 50 years since noted Christian author Madeleine L’Engle penned and published “A Wrinkle In Time” – a children’s book that features the cosmic battle between good and evil. In her writing, Christian theology takes center stage – all in terms understandable to a child. L’Engle’s writing is a work of art, craftily integrating Christian thought into the mainstream – where it belongs. This book makes Christianity relevant. Imagine what it can do as a movie.

The trailer has gone viral as one of the top trending videos on Youtube. The world craves the hope and inspiration of “A Wrinkle In Time.”

A Movie In The Making

Ava DuVernay, the director of “Selma,” has taken the helm as director, recruiting Oprah Winfrey, Reese Witherspoon, Mindy Kaling, Storm Reid, Zach Galifianakis, and Chris Pine to lend their talents to telling a story that begs to be told.

In the trailer, Pine delivers a lecture on time and space travel to the haunting tones of Eurythmics’ “Sweet Dreams.” Next, we find Pine stuck in a cosmic trap due to his discoveries. Winfrey, Kaling, and Witherspoon, who star as Mrs. Which, Mrs. Who, and Mrs. Whatsit, respectively, guide a group of children through time and space to find him. They ultimately participate in the eons-long battle between good versus evil.

The enticing trailer reveals little, but promises much. Filmed, in part, in New Zealand, the setting is spectacular. And, of course, you can’t overlook the talented cast and attention-grabbing costumes. But it remains to be seen whether Disney fully incorporates L’Engle’s Christian messages into the movie.

Jesus: A Fighter Against The Dark Thing

In L’Engle’s book, there are several allusions to Christian theology. First, Mrs. Whatsit identifies Jesus as a fighter against the Dark Thing – the powerful force of darkness that is rapidly taking over one planet after another. While the main characters themselves are never identified as Christians, the spirit-like guides riddle New Testament verses into their teachings.

In a time when many people feel alienated from church and rituals, L’Engle’s novel extends an invitation that any and all are welcome to join the light and fight against darkness.

For just $100 per month you can bring the gospel to 10,000 homes. Join us as media missionaries! GIVE NOW
VIEW COMMENTS
« Director Anticipating Backlash Over Teenage Jesus Netflix Series Marriage On the Rocks? Here’s the Secret to Finding Lasting Unity »