Diversity in the Rainbow 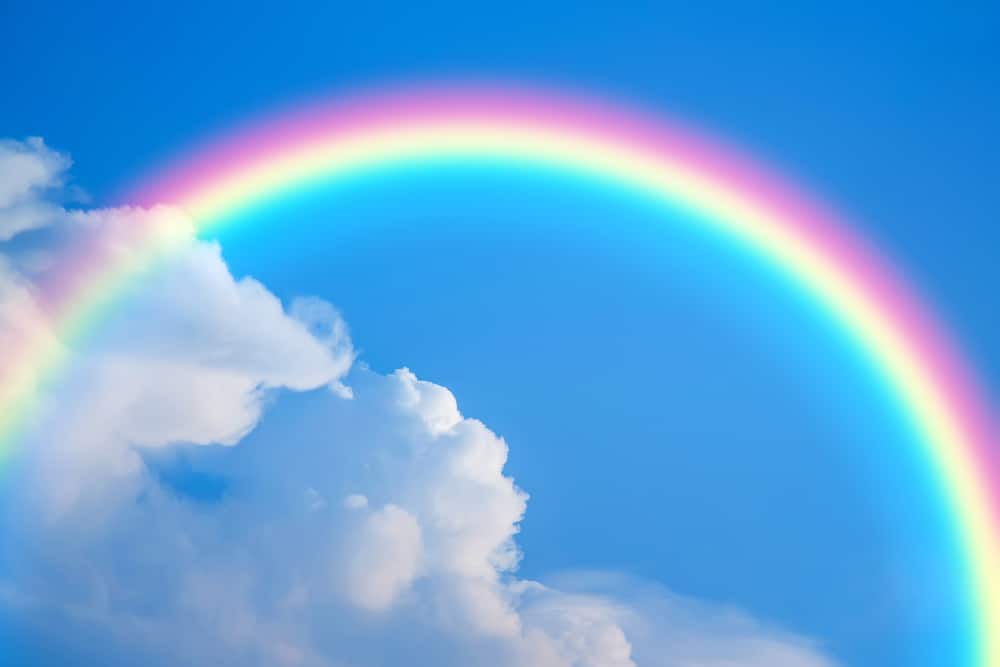 God is light; when we put light through a prism we are able to see the whole rainbow of colours. Light is the presence of colour; black is the absence of it. After God did a hard reset of our planet by flooding it, while saving a single family and a shipload of animals, He promised us to never flood the earth again.

As a symbol of this promise He uses raindrops in the sky as a prism through which the light of the sun is visible to us as a full spectrum of all colours. I’d like to think of that as a foreshadowing of God’s light shining through THE prism (His Son) so we can see the full spectrum of our colourful God.

While I was reading the news online I came across an article about a gay pride parade.  It reminded me about different scriptures connecting a gay lifestyle with pride against God. In my opinion the LGBT flag is a telling example of that. I feel that it is basically waving God’s sign in front of Him with the message: “We can do what we want because You’re never going to flood the earth again”.

But while the actual rainbow is a full spectrum of each and every colour, the flag is not. The flag contains the seven main colours, each distinct and separate. I think that represents the difference between God’s rainbow and the LGBT flag. In God’s rainbow there is a place for everyone in each and every shade; in the flag each has to fit a specific box/colour to be able to identify.

I believe that God loves every single individual of mankind fully, He is who He is, 100% love. God’s desire to be able to spend eternity with the most faithful saint is equal to His desire to do so with the most ardent ungodly person. The LGBT community seems to be inclusive, open and full of acceptance. I’ve found that you’re welcome to enter, but you really do have to adjust to their basic premises to stay.

Being part of the community

I had a period in my life where I was spending a lot of time inside the LGB community. Indeed, no T in the name at that time, the transgender ‘colour’ was not included yet. I found a community of fun loving people who just wanted to live their life the way they wanted to and indulge in enjoying it to the full. Though I did feel accepted as a non-gay visitor in the community, I also felt a push to the point of indoctrination. To them I was on my way to become a ‘proper’ member; it was obvious to them that I was gay, I just didn’t know it yet. They were ‘helping’ me so that at some point I would be brave enough to come out of the closet.

While  considering if maybe my friends were right, I realized I wasn’t ‘in the closet’ to begin with and that I was actually slowly being pulled in. As soon as I realized that, the attraction lost its spell and I suddenly was no longer welcome. For my ‘friends’ I had changed from a potential full member to a dead weight; I could potentially slow down and/or stop other potential members from entering in.

It was a few years later that I found that there is a place for each individual in God’s Kingdom; all are welcome! Though God wants us to become more like Him, He is not manipulating or forcing us to do so. In His Kingdom there is true freedom to be found. Once you fully experience the love that God is dying to pour out on us, you can’t do anything else but change.

As I’ve been going through all these changes, I’ve gotten to know The Light more and more and with that more of His facets and colours. Eyes used to darkness will experience light as blinding and uncomfortable. But as they get more and more used to the light, the colours of real life become vibrant. Backsliders and others might find that the colours that were once brilliant have become common and that in the search of life they are pulled in the direction of darkness. I think that most believers are often dealing with this pull and I pray for wisdom for each and every one of us so that we will be able to discern; I pray for strength and courage to do what needs to be done.

Let’s be part of the diverse, full spectrum of His light; let’s be colourful as a people; let’s become who God wants us to become and most of all let’s be people who follow after God’s heart; let’s be people who are full of love, grace and mercy; at the same time, let’s not shy away from standing up for what He says is good, right and just.

This article was written by Klaas Bakker who has been a manager in GOD TV’s Jerusalem office in Israel for over 10 years. He shares the ministry’s vision for Souls, Israel and Revival. Originally from the Netherlands, Klaas lives in Jerusalem with his wife, Caren and their three children.