Divine Healing. God’s miracle-working power is too good, not to share 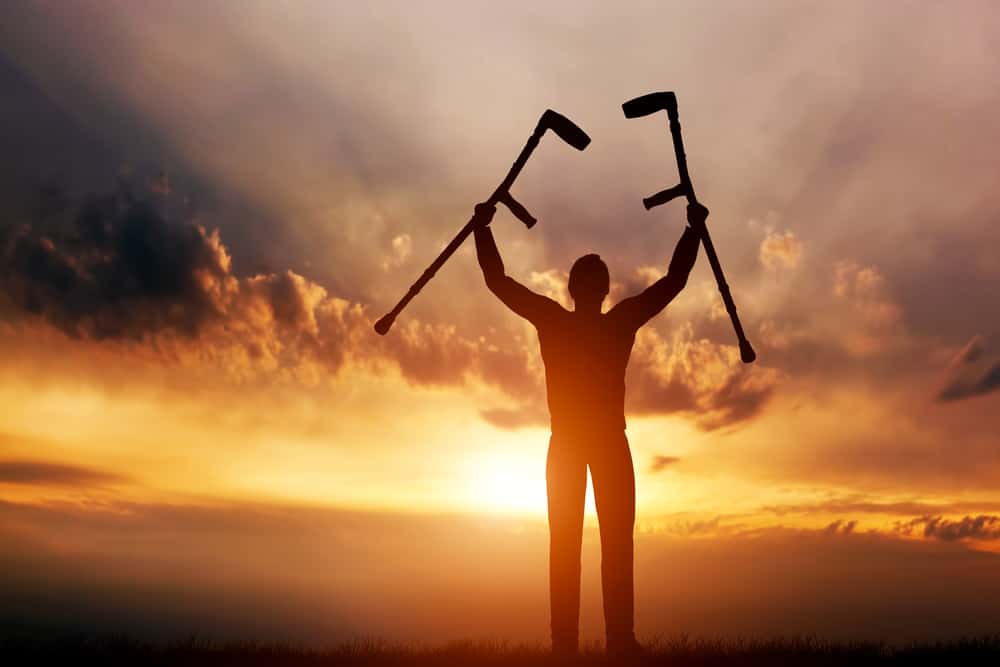 This is my real life experience of receiving healing in my body after prayer. I pray it will be a blessing to you and if you are searching for a miracle or healing, may your faith be strengthened to receive.

It was a warm spring day in 1954. I can remember that day vividly, in every detail, even though I was only four years old. I woke up with a strange feeling in my legs and ankles. I tried to get up but couldn’t stand on my feet because the pain was so great. Greatly alarmed, I just sat on the edge of the bed until grandmother came into the room asking why I wasn’t up yet. I explained the way I felt.

Grandmother looked at my ankles and could see they were quite swollen. She was alarmed about it but she couldn’t think of anything to do. All that day I lay on the bed. Every few minutes I tried to get up but could not bear the pressure of any weight on my feet or ankles. This was the era when polio was an epidemic. This disease made no distinction in age, color, or nationality.

It was suggested that I either had two badly sprained ankles or that I had contracted polio.  Grandmother had a strong belief in a “God of miracles” – even though at that time she was not attending church. Nevertheless, she would not allow me to be seen by a physician.

The next few, dismal days went by slowly. I could move only by crawling about like a baby. Many times I couldn’t even do that as even the smallest movement would send sharp pains through my body.

I had a little red children’s Bible. Grandmother would read to me stories about Jesus – how He healed many who were sick, or lame, or blind. One day I was listening to the radio. Seated in my little rocking chair with a pillow under my feet to relieve some of the pressure, I heard a preacher come on the air.  I remember him singing:

“If you believe you shall receive.
Oh, there is not a trouble or care the good Lord can’t relieve.
Oh, He is just the same today, all you have to do is pray.
And believe! You shall receive!”

After he finished preaching, the minister announced he was going to pray that God would touch and heal those who needed a miracle. As soon as he finished praying, a knock came at the door. Without thinking, I jumped out of my chair and ran to answer it. It was the paperboy. He looked at me in amazement for he had known about my condition. When I saw the look on his face, suddenly it struck me that I was healed!

All I could think to say was, “JESUS JUST HEALED ME!”

Some 15 years later I would meet the minister who had prayed that day on the radio for my healing. Sharing with him of my testimony came at a time when he needed the encouragement. You see, God works everything out according to HIS perfect will and purpose.

My healing at four years of age was God’s answer to my need.  At the time well-educated men were debating whether or not there was such a phenomena as divine healing. I was just a little child. I didn’t know anything about such a debate. All I needed was an answer.

At eleven years of age I would need an answer again.  I was stricken with rheumatic fever. On this occasion, a doctor would be summoned to the house. He gave his diagnosis and offered the choice of hospitalization or taking medication he would prescribe.

From the time I was healed at age four to the time of this sickness, grandmother found her way back to church and had become an active Christian. To the doctor’s choice of options, she declared, “He is not going to the hospital! And he isn’t going to take any of the medicine that you prescribe because we believe in a God of healing!”

The doctor was so angry with my grandmother that he almost left the house without collecting the fee for his call!

I would be absent from school for a month. Yet the Lord was good to me. A couple of my buddies brought homework to me and took the completed lessons back to the teacher. I didn’t fail my studies. During this time I read the Bible and I found out for myself that Jesus really loved and cared for me. Laying in my bed, in a condition the doctor had described as critical, I accepted the Lord Jesus into my life.

Once again in the innocence of youth that did not regard the debate of man over divine healing, I found that, to me, it was an answer.

My faith was increased through reading about the modern day miracles in the life of Oral Roberts – how God kept his hand on this man’s life. Brother Roberts had been healed of tuberculosis as well as from a speech impediment. God called him into a healing ministry, using Brother Roberts to set people free from sickness and the power of Satan. This account so impressed me that I began at once to call upon the Lord for my own deliverance and felt the assurance that it would come.

Just a couple days after I accepted Christ, God would use a radio ministry a second time to bring the answer to my prayers. During the broadcast, the minister stopped the music to announce that there was someone in radioland who desperately needed healing. He said that he was going to pray then count to three. By the time he would finish, that person would be healed!

I knew that it was for me!  It was my day of deliverance! I began to call upon the name of Jesus. Without any doubt in my mind, I accepted my healing. When the evangelist finished praying and counting, I took every step with the Lord.

It seemed to me that the Lord had me by the hand and was leading me. After a few minutes regaining my balance and getting the feel of being able to walk, I began to run!  From that day until now, I’ve been healed from rheumatic fever!

I hold this assurance: The enemy was defeated and I am healed! A few days later I went to church, made a public confession of my faith, and was baptised. If God did it for me, He will do it for you!

When I was 17, I worked with an evangelist helping him with the Gospel tent. I enjoyed the work very much. Of course, I was now aware that the Lord had a specific work for me to do, but as yet I had not heard from Him regarding what it was.

With the tent set up in Ontario, Canada, one afternoon I was praying when the Lord began to speak to me through His Word. Leading me to the 16th chapter of Mark’s Gospel, God spoke to my heart as I read the 15th verse:

“And He said unto them, “go ye into all the world, and preach the Gospel to every creature”.”

I asked the Lord if I was to personally take that verse literally.  I felt led to read verses 15 and 16:

This passage, known as The Great Commission, is the mandate of every Christian. At that moment, I understood it was not only my mandate but my calling from God. From that day forward I was to go and tell others about the Good News of Jesus Christ.

God’s miracle-working power is so good, it must be shared with others!