BREAKING
At Least 1 Killed, 22 wounded In Bombing In Jerusalem by “Organized...
United Arab Emirates To Include Holocaust Education In School Criteria
US Group Wants Israel To Become Key Hub For Medical Supplies, Replacing...
Home Articles Man Who Might Never Walk Again Runs A Marathon With His Doctor 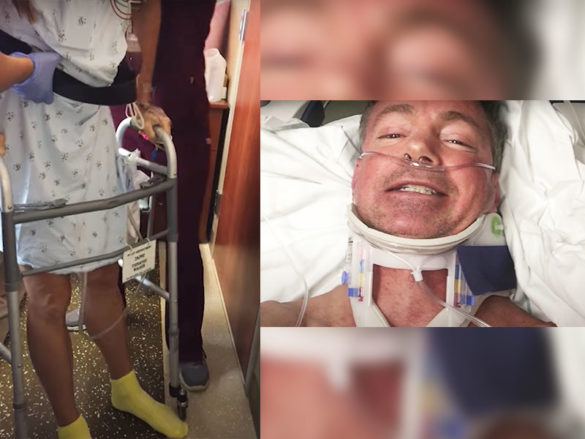 A man had an accident that broke his spinal cord. His doctor said he could never walk again, but later on, he defied all odds and ran in a marathon.

Dean Otto had an active lifestyle—often riding his bike early in the morning. One day, while doing his usual routine of riding his bicycle on Sept. 24, 2016, in the suburbs of Charlotte, North Carolina, a car accidentally hit him. Immediately, he felt his body getting paralyzed. 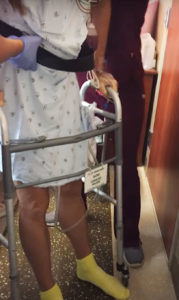 At the hospital, the tests revealed that Dean’s “spine got dislocated” with “several fracture vertebrae pinching his spinal cord.” For that reason, the doctor said his chances of walking again were uncertain. But they had to perform surgery on him immediately to save his life.

While in surgery, prayers poured from around the world for Dean. Later on, a miracle happened as the supposed 4-hour surgery turned out to be only 90 minutes. His neurosurgeon, Dr. Matt McGirt, attested that the surgery went smoothly and efficiently. But he informed his wife, Beth, that Dean had only a two percent chance that he would ever be able to walk again. 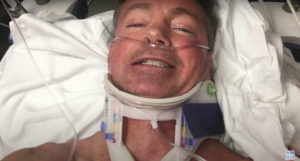 The next day, Dean’s family witnessed another miracle as Dean was able to move his toe. It only meant that his neuropathway wasn’t wholly damaged; hence, he had a higher chance of being able to walk again. Three days later, indeed, he made his first steps after the accident.

Marathon Challenge To Himself

Meanwhile, Will, the young man who accidentally hit him, asked for Dean’s forgiveness. Dean immediately released forgiveness to him. He told Will, “I don’t want you to carry this around you for the rest of your life. I want you to be able to process this and move on.” And soon, the two became friends and kept in touch.

One day, Dean challenged himself to run half a marathon. He made it his goal while doing his therapies. He also invited his doctor to join him so they could raise funds for spinal cord injury patients. At first, Dr. Matt thought it was impossible. But one year later, Dean would prove him wrong.

"There’s just no other explanation." Man - who should never walk again - Runs Marathon