Does Unconfessed Sin Cause Flaky Beliefs? 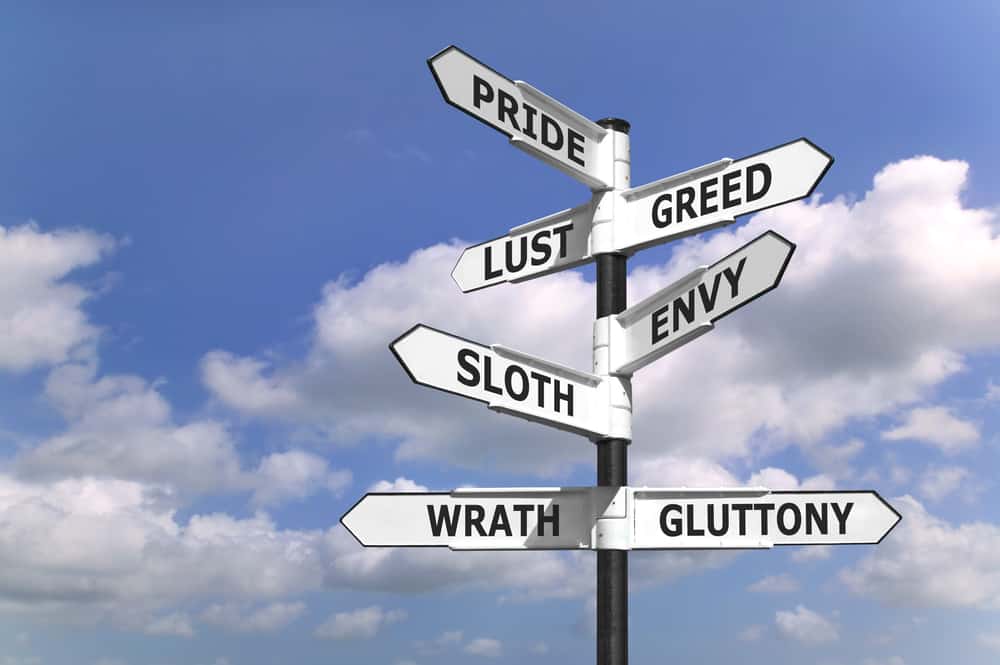 Does unconfessed sin cause flaky beliefs and have consequences over and above the basic principle of reaping what we sow?

Obviously, excessive use of alcohol, for example, can result in liver disease; drug-taking in brain damage; promiscuous sex in HIV; habitual lying in difficulty telling the truth; thieving in getting caught! We expect non-Christians who live like that to not only defend their behavior but to have anti-Christian points-of-view on a number of issues, but if Christians have unconfessed sin in their lives are there repercussions for refusing to repent that go beyond the risk of a physical outcome?

In other words, does unacknowledged sin in a Christian’s life affect their beliefs about spiritual matters? It seems to me that it does.

Of course, this is difficult to prove because we are not necessarily aware of what is going on in a person’s ‘private’ life, although that of Christians who have a public platform may be known and others who simply express their views to us. What are regarded as dubious beliefs will also vary from one person to another but if, for instance, a Christian denies the existence of Hell, could it be that he is harbouring doubt and unbelief about Christ dying to save him from sin’s punishment?

Or do those who believe the ‘Prosperity Gospel’ have an underlying love of money and a desire to get-rich-quick for as little effort as possible?

A well-known British evangelist and writer states, “The Cross is a demonstration of God’s love but not Christ dying for our sins. Jesus did not die on the Cross for our sins but just absorbs the injustices of all around”. Is he being sensational and heretical because vanity makes him want to draw attention to himself?

Are those who claim to have visions of Heaven and Hell which they describe in detail (despite Paul not being permitted to do so, 2 Corinthians 12:1-4), hiding a need to impress with special revelations that boost their self-importance?

Are those who predict the date of Christ’s Second Coming so filled with pride that they assume their prophetic gifting exceeds that of Christ (Matthew 24:36)? Do those who add to or subtract from Scripture in their preaching and writings conceal an arrogance that causes them to ignore the Bible’s warnings about this? Are those whose conversation is about anything except Christ merely ‘nominal Christians’ who love the things of the world more than they love God?

Examples of lives that are not in accordance with Christian conduct would also include those of people who are or have been in unrepented adulterous relationships and those guilty of unconfessed fornication. Do we find that their understanding of Scripture is trustworthy or are their opinions and attitudes often weird or excessively liberal when compared with authentic Christianity?

We owe it to them and to ourselves to enquire the reason for their heterodox views (not conforming with accepted standards or beliefs) and it may be that in many cases, there will be ongoing sin in their lives.

Christians who have a public persona have a special responsibility to teach truth and we are entitled to refer to what they say about their lives or to what has been written about them and if sin has not been acknowledged, it could be the cause of their wrong thinking. It seems logical therefore to make a connection between sinful behavior and erroneous beliefs.

It seems logical to make a connection between sinful behavior and erroneous beliefs.

It is possible too that Jesus made a similar link when He said to Simon, “He who is forgiven little, loves little” (Luke 7:47). If we have been forgiven little, it is because we have repented little which, Jesus says, results in our loving little. But does a lack of love produce flaky thinking?

Paul certainly places love and correct thinking together in 2 Timothy 1:7 when he writes that God has given us a spirit of love and a sound mind (‘good judgment’, God’s Word translation) and John also in 1 John 2:10 when he says that he who loves his brother lives in the light and does not stumble (‘there is no cause of error in him’, The Bible in Basic English).

It could very well be that lacking the experience of God’s forgiveness and thus of His love results not only in people justifying sin but also in being led astray by false doctrine. If we know of people who have unacknowledged and unashamed sin in their lives, we need therefore to exercise caution and wisdom before taking on board what they say about spiritual matters, especially if they claim to be Bible teachers or ministers of the Gospel.

The lesson must surely be for all of us to keep short accounts with God (1 John 1:8-10), not only so that our fellowship with Him deepens but also to restrain the risk of being deceived by untruth (1 John 1:6).

This article was written by Alan Clarke

Alan Clarke is a retired Local Government Officer from Oxford, UK where he was part of Oxford Bible Church with Pastors Derek and Hilary Walker. He lived in Cape Town, South Africa for 13 years and currently lives in Blantyre, Malawi where he has been a missionary/charity-worker. Alan is an active online contributor in Christian blogisphere and on social media.