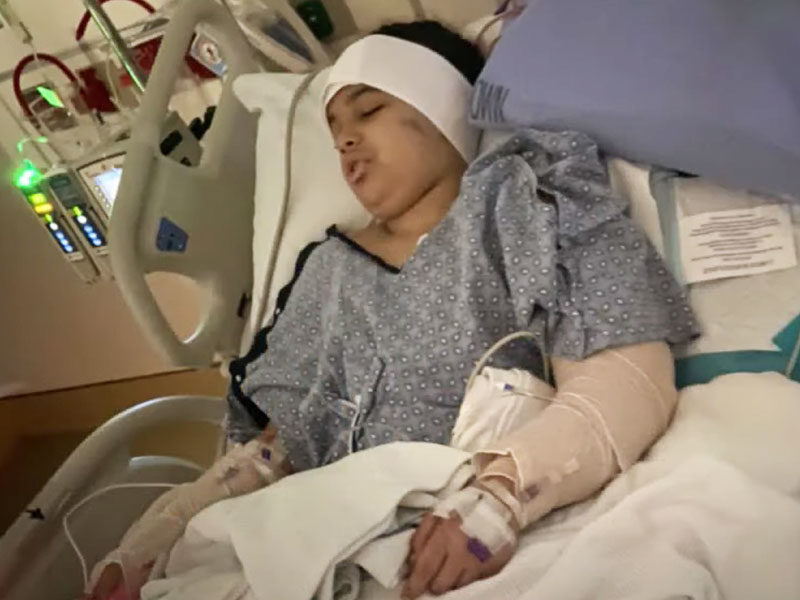 An 11-year-old boy was attacked by dogs and called out to Jesus for help, and then God sends an off-duty officer to rescue him.

Bramwell Rodriguez-Rojas was playing in the backyard of his apartment complex when two dogs suddenly attacked him. Thus, his harmless play time became a life-threatening situation.

“I heard a bark and then I turned around and started screaming,” the 11-year-old recalled. “I put my arm on my face and then everything just started to happen.”

He couldn’t do anything but cry out to God to save him from that horrific situation.

“I was crying and telling Jesus to save me,” he said. An off-duty police officer then showed up, because he heard the boy’s screams. The officer raced into the yard and fired his gun to scare off the dogs.

“Then he put his arm on my chest and he was seeing that I kept breathing,” the young boy explained. “He was telling me to stay with him and I tried my hardest to not close my eyes.”

Bramwell suffered bites to his neck, arm, and legs. If God didn’t send the police officer at that moment, it might have been worse for the poor boy. He underwent several surgeries, with one six hours long. Stitches and bandages covered his small body. But despite the horrific experience, he credits the miracle to God, “I know I was protected by angels and everything.”

Bramwell’s family calls the officer their “guardian angel.” Moreover, his mother, Georgia, says, “I know that God performs miracles. He was instrumental in the hands of God, in giving my son the help he so desperately called for in that moment.”

Today, Bramwell is home with his family. They are grateful to God and the community who supported the boy’s GoFundMe Page that helped them overcome the ordeal.

For just $100 per month you can bring the gospel to 10,000 homes. Join us as media missionaries! GIVE NOW
VIEW COMMENTS
« 3-Year-Old Declares Daily Affirmations With Mom Missionary With Covid-19 Receives Healing After Singing “I Raise A Hallelujah” »