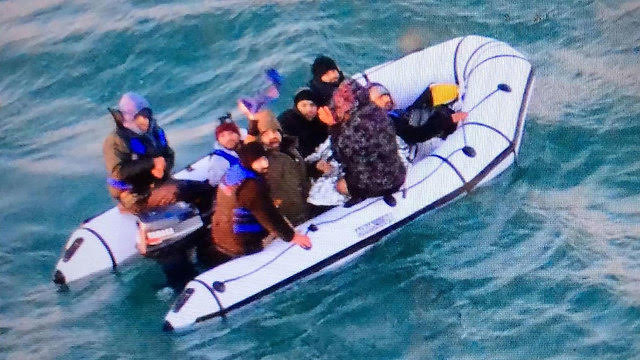 Israel’s international intelligence agency, Mossad, participated in a dramatic multi-country extraction of a nuclear scientist from Iran after he became concerned, he was going to be discovered for spying on the country’s nuclear program. Something he had been doing for years.

The Mossad, Britain’s MI6 and America’s CIA all cooperated in the operation to smuggle the 47-year-old technician from his home in Iran to Turkey, across Europe to the United Kingdom, and eventually to America.

The technician, a long-time spy for Israel, apparently had a role in the 2012 assassination of Mostafa Ahmadi Roshan, a nuclear scientist and director of one of Iran’s uranium enrichment facilities.

After Israeli agents smuggled him out of Iran, they debriefed him in Turkey. He then traveled by land to France’s coast. Not wanting to jeopardize their nation’s nuclear deal with Iran by helping a defector, MI6 couldn’t fly him into England. So the technician joined 12 migrants on a dinghy that crossed the English Channel.

A source told Britain’s Sunday Express that back in Iran, authorities quickly noticed the technician had gone missing and tried to track him down, the report said.

“We were informed that a special unit of Islamic Revolutionary Guard Corps was sent after him,” the source said.

The technician, who was not named, reassured investigators, according to the Express that “Iran seems to be sticking by the terms of the JCPOA (The Joint Comprehensive Plan of Action). This is good news.”

To get to freedom, the technician crossed from Turkey through Greece, Albania, Serbia, Croatia, Slovenia, Austria, Germany and France. In France he boarded the inflatable boat and arrived in Britain on New Year’s Eve. After being interviewed by British authorities, he was transported to the U.S., the report said.

Iran, whose leaders constantly threaten the destruction of the Jewish state, has been developing its nuclear program despite U.S. sanctions. In fact, on Saturday, Iran said it had successfully fired a new long-range missile while marking the 40th anniversary of the 1979 Islamic Revolution.

“The test of the Hoveizeh cruise missile was carried out successfully at a range of 1,200 kilometers (840 miles) and accurately hit the set target,” Defense Minister Amir Hatami said.

For just $100 per month you can bring the gospel to 10,000 homes. Join us as media missionaries! GIVE NOW
VIEW COMMENTS
« Say goodbye to Child Anxiety Prophet Paul Cain, One Of God’s Generals Dies At 89 »