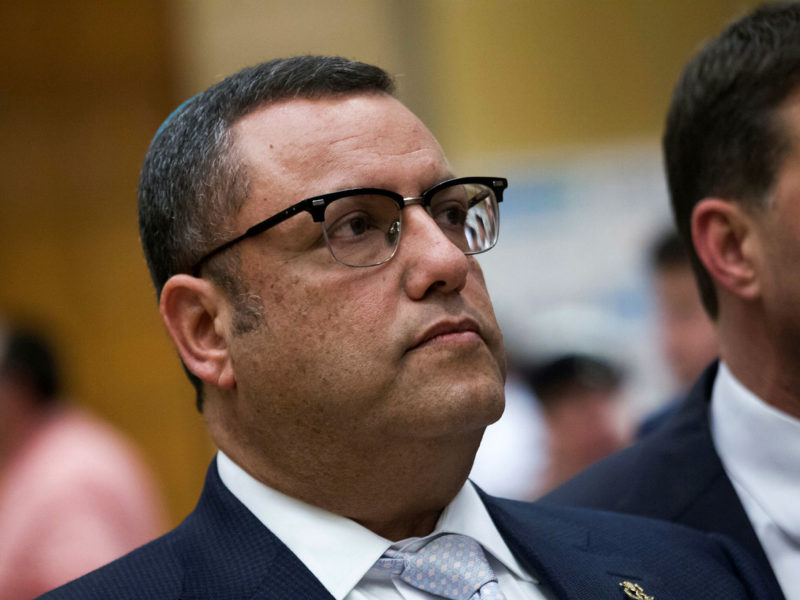 Moshe Lion was elected mayor of Jerusalem Tuesday following a dramatic turnaround that saw him trail the secular challenger Ofer Berkovich throughout the night by as much as 10 percent before a late surge saw him declared the winner by some 6,000 votes or a 3% majority shortly after 1 a.m.

“I will be the mayor of all the citizens of Jerusalem,” Lion told supporters at two in the morning at a banquet hall in the Talpiot industrial zone in his first speech as mayor. “Those who elected me and those who didn’t. Now is time to act. We are facing challenges in this amazing city.”

Lion is  a former director-general of the Prime Minister’s Office, Chairman of the Israel Railways, and head of the Jerusalem Development Authority, and  member of the Jerusalem City Council. This is the second time that he ran in Jerusalem municipal elections after losing to Barkat in 2013.

Berkovich, an independent candidate who founded the Awakening in Jerusalem movement, said his legal advisers would be examining irregularities in the vote. Soldiers’ and prisoners’ votes have yet to be counted.

Lion was elected despite a last-ditch fight by the secular and national religious communities who supported Berkovich in  an effort to keep control of the Holy City away from the ultra-Orthodox.

Agudat Yisarel’s  Council of Torah Sages decided not to support either of the candidates, but Shas and the Degel Hatorah faction of the United Torah Judaism Party supported Lion, paving the way to his victory. Lion enjoyed also the backing of Defense Minister Avigdor Liberman.

Secular and ultra-Orthodox citizens of Jerusalem have struggled for years over the influence of religion in the city, leading to cultural battles over entertainment places open on the Sabbath , the opening of new secular schools and kindergartens and the gay pride parades in the city center.

The first round of municipal elections on October 30th originally featured five candidates, including Ze’ev Elkin currently the government’s environmental protection and Jerusalem affairs minister,  who lost despite being supported by Prime Minister Netanyahu. Elkin got 19.8% of the votes while Moshe Lion won 33.3% of the votes, Ofer Berkovitch 28.8% of the votes , Yossi Daitch, the Ashkenazi Haredi candidate, 17.2% of the votes and former Barkat advisor Avi Salman 0.8% of the votes. Municipalities where no candidate won more than 40 percent of the vote in the first round went to a second round of voting.

For just $100 per month you can bring the gospel to 10,000 homes. Join us as media missionaries! GIVE NOW
VIEW COMMENTS
« Fear and Anger on Gaza Border as Residents Slam Gov’t Response to Rocket Attacks How To Restore Your Marriage After Infidelity »