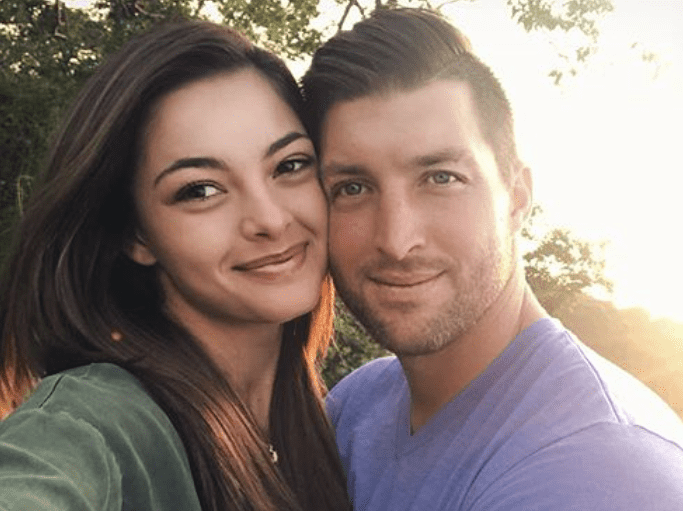 The past few months have seen a blossoming romance between a beautiful Christian couple who both credit God for all they have achieved in life – American sports superhero, Tim Tebow and Miss Universe 2017, Demi-Leigh Nel-Peters. They started seeing each other towards the end of 2018 and have been creating headlines ever since.

Judging from their Instagram posts, they seem very much in love and though nobody can tell whether this will lead to marriage it’s very clear that both dream big dreams and both serve God will all their hearts. Their Christmas greeting featured the two of them under the banner,  “Jesus We Celebrate You.”

Hope everyone has a wonderful and blessed Christmas. ❤️❤️❤️

Tim Tebow is known for wowing people both on and off the sportsfield. He is a former professional American football quarterback and current professional baseball outfielder for the New York Mets. A generous philanthropist through the Tim Tebow Foundation, he is also a bold ambassador for Christianity and the best selling author of   Through My Eyes, and This Is The Day, Reclaim Your Dream. Ignite Your Passion. Live Your Purpose.

He is clearly living his dream as is Demi-Leigh Nel-Peters who is a Miss South Africa and Miss Universe known worldwide for her efforts to empower women.  Handing over her crown in December 2018, Demi-Leigh gave glory to God in front of millions of viewers. “All glory goes to my Heavenly Father and Savior Jesus Christ,” she said. (Read more) Meanwhile this what boyfriend Tim had to say about his Miss Universe…

@demileighnp you represented Miss. Universe so well! You’re an incredible role model, and carry yourself with beauty, kindness, and grace. I’m so proud of you! ❤️

It seems the couple shared Thanksgiving 2018 together with their families and there have been posts for New Year.

My first American style Thanksgiving with the sweetest family. Grateful for an incredible year and everyone I got to share it with. #Thanksgiving

Tim is the son of a missionary couple and grew up in the Philippines where he has been on several mission outreaches and supported children’s hospitals. (Read more).  A sportsman who prays, Tim has become known for, ‘Tebowing’ – kneeling in prayer before matches! He has also publicly stated that he intends to fulfil the Biblical command to wait until he is married before having sex.

Demi-Leigh is known for her ‘ Unbreakable Initiative’ launched during her year as Miss Universe, inspired by her own violent carjacking experience with aims to help women learn how to protect themselves. The couple met at a special Night to Shine event hosted by the Tim Tebow Foundation.

“Demi-Leigh’s sister has special needs, and was invited to a Night to Shine in South Africa,” Tim said. “We kind of met and started talking through that and haven’t stopped!”

It’s inspiring to see two young people who love God and are making a difference in all they do. May God bless their relationship and use them mightily for His Kingdom.

For just $10 per month you can bring the gospel to 1,000 homes. Join us as media missionaries! GIVE NOW
VIEW COMMENTS
« The Age Old Inside-Out War Of Good And Evil Israeli Tech Companies Raise Record $6.1 B. in 2018 »