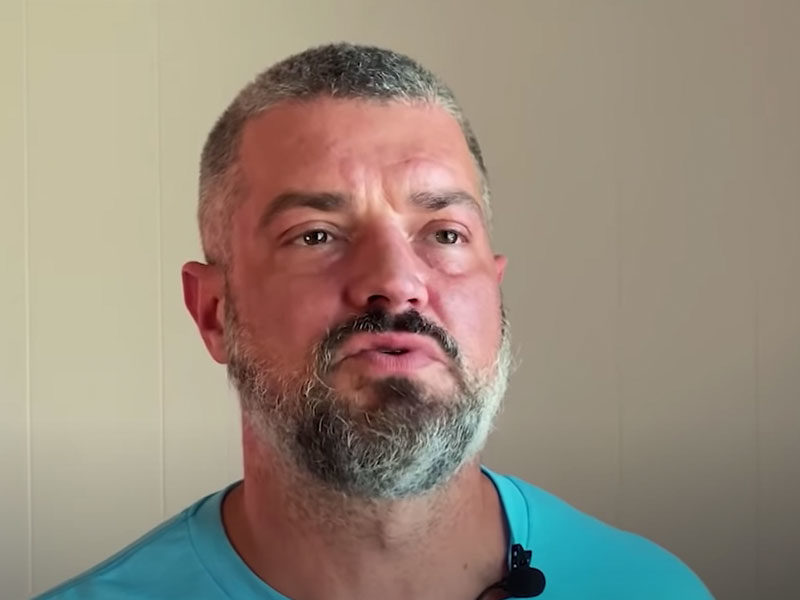 A man addicted to drugs believed that Jesus was ridiculous after seeing testimonies of former drug addicts changed by Him until he encountered the presence of Jesus for himself.

John Humphries grew up in a typical American family. During high school, the pressure to fit in with friends led him to experiment with drugs and alcohol. His family tried to help him, but he eventually dropped out of school and ran away from home.

YouTube | 700 Club InteractiveJohn then spent the next few years partying, drinking, and doing drugs. He became addicted and very dependent on drugs to live life. When John became a father, he began to think about who he had become. After his second child, John started using even more drugs because of parenting responsibilities. He felt his life was in turmoil, and even though it was hard, he felt he had to leave his daughters to protect them from himself.

While feeling hopeless, John’s brother invited him to church and began reading the Bible. He then started to hear testimonies from the 700 Club. He saw one testimony from a former heroin addict who cried out to Jesus and Jesus answered taking his addiction away. To John, it was a ridiculous thing. But all the while, God was working in his heart.

Knowing the Scripture and hearing testimonies that Jesus comes when you cry out to Him, John decided to try it.

“You know what Jesus Christ, I want to believe and I would love to believe this is real. But I just don’t. But I’ve tried everything else and if You’re real, I need You now,” he told Him.

Then what happened next left John face-down on the carpet. Watch to hear how Jesus encountered him.

For just $100 per month you can bring the gospel to 10,000 homes. Join us as media missionaries! GIVE NOW
VIEW COMMENTS
« John Cooper Shares Inside Details Of New Skillet Song On The Trevor Talks Podcast Jewish Doctor Finds Yeshua To Be The Door Of A More Passionate Jewish Life »