BREAKING
Ben And Jerry’s Staying In Israel, But Founders Aren’t Doing The “Chunky...
Israel Has a New Prime Minister
Bennett Coalition Government Collapses, New Elections On Horizon—And The Return Of Netanyahu?
STAND WITH UKRAINE
Home Video Duck Dynasty Star Wants Us to “Stop Focusing on the Wrong Weapon” and Turn to the One Thing that Can End Violence 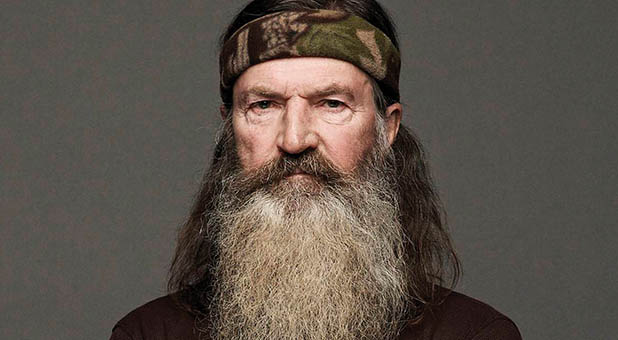 In recent months, several brutal shootings across the US have served as a catalyst for outcry across America for gun control. “March For Our Lives” saw thousands of people all over the United States today call for a major change. But could our focus be completely wrong? According to Duck Dynasty star Phil Robertson, it is.

While all we hear about from the media is guns and gun control, Robertson calls us to the only weapon that can really end violence: the Word of God.

“This will stop human beings from murdering one another.”

His one-minute message is short and sweet, but it packs a punch. Watch the viral clip below: