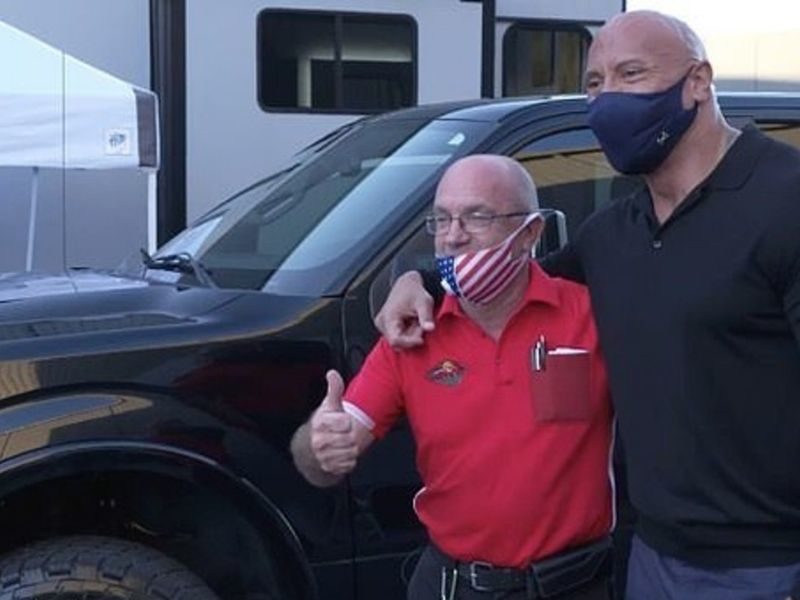 Dwayne Johnson gifted his old friend, Bruno, a brand new truck as a way of thanks for taking him in when he was a homeless teenager.

Dwayne or popularly known as “The Rock,” rose to fame as a wrestler in WWE. He then successfully transitioned into acting, receiving several hit projects along the way. But Dwayne’s popularity did not go to his head. He showed his humility when he looked back at his old times and remembered the friend who helped him out.

In his Instagram account, the Fast and Furious actor shared how Bruno’s “kindness and heart helped change his life’s trajectory.”

It started when Dwayne’s mother sent him off from Hawaii to Nashville to live with his dad. But, it turned out that his dad wasn’t there. Thankfully, Bruno came along. Dwayne explained that God “always found a way to put a few people in my path that would change the trajectory of the road I was going down.”

Bruno gave him a place to stay. “He could have said no but, he didn’t,” Dwayne recalled. “He took this punk kid in, and we became lifelong friends.”

Years later, when The Rock was still trying to make a name in the wrestling industry, he again found himself struggling for a shelter. Bruno did not fail. He shared his trailer with Dwayne.

Today, Dwayne expresses his gratitude by gifting his lifelong friend a brand new Ford Truck. He even promised Bruno that he would help him if he asked. He said, “When you’re ready to retire from ‘the business,’ you just say the word. I got you covered.”

Bruno was completely in tears upon receiving his gift. “Nobody’s ever done anything like this for me before,” he said. “I love you, man, not ’cause of this. ‘Cause of who you are. Thank You, Lord Jesus, for putting you in my life.”

For just $100 per month you can bring the gospel to 10,000 homes. Join us as media missionaries! GIVE NOW
VIEW COMMENTS
« This Woman Miraculously Wakes-Up Right Before Doctors Pull Her Life Support Teenagers Cry Out To God In Moving Worship »