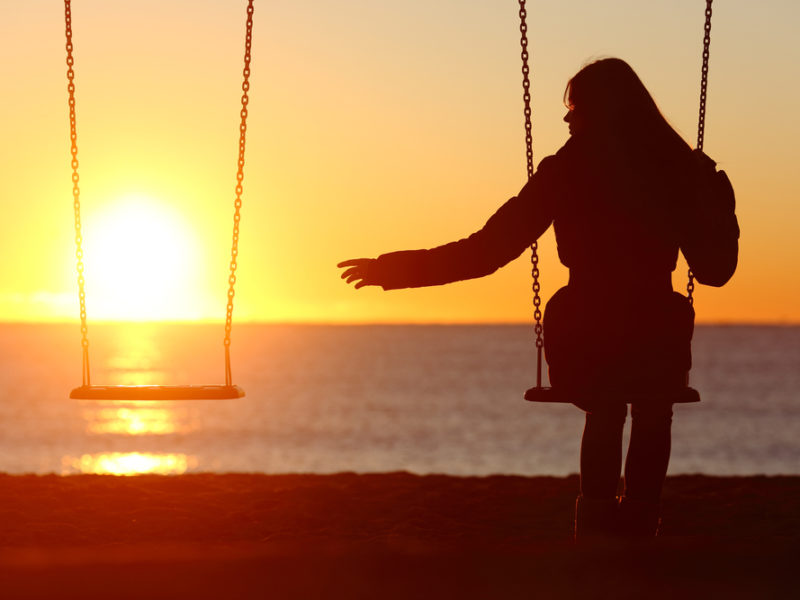 Having been a widow now for 15 years this month, I no longer wait to wake up one morning and magically feel exactly like my old self again, I know that THAT is NOT going to happen. And has NOT happened. Or at least not like I was expecting (I actually think people who have no clue what it feels like will probably sigh and say, “Oh my gosh – she’s STILL talking about this”)! Sorry – it took me a LONG time to put two and two together. So, YES I am still talking about it. Why? So maybe someone else won’t have to have unanswered questions as long as I did! And that is why I am now telling YOU, on a need-to-know basis. If you need to know, read on.

The simple definition of a widow/widower is: “someone who lost their husband or wife to death and is now left unmarried”. That is the noun meaning and the one we of course all know by its simplicity of words. The verb meaning of widow/widower is a bit more complex, and digs a bit deeper (and requires some thought): “to be deprived of something greatly valued or needed.” When you get married it is the ONE relationship where TWO people become ONE. This doesn’t happen in any other relationship. Nope. No other relationship is defined in this way. It is spiritual, and physical, and emotional, and thus why it is SO hard to recover from when it is broken. In essence, it is like two puzzle pieces joined together to make one picture. The only thing that is ever strong enough to break you apart is death. Any other force that comes against you, can be battled together (two are better/stronger than one) but death – no. It takes the whole unit and leaves behind only a half. You are no longer even that whole piece you started it with. Or at least it feels that way.

And. Everything. Changes. In. A. Moment.

The ones who journey with you are more likely to be able to move on even while they themselves are reeling from the loss of YOUR mate. Family and friends – it seems like they get to move on, and you feel like there is something wrong with you because you are frozen in time. You are now in unfamiliar territory and nothing looks recognizable to you. 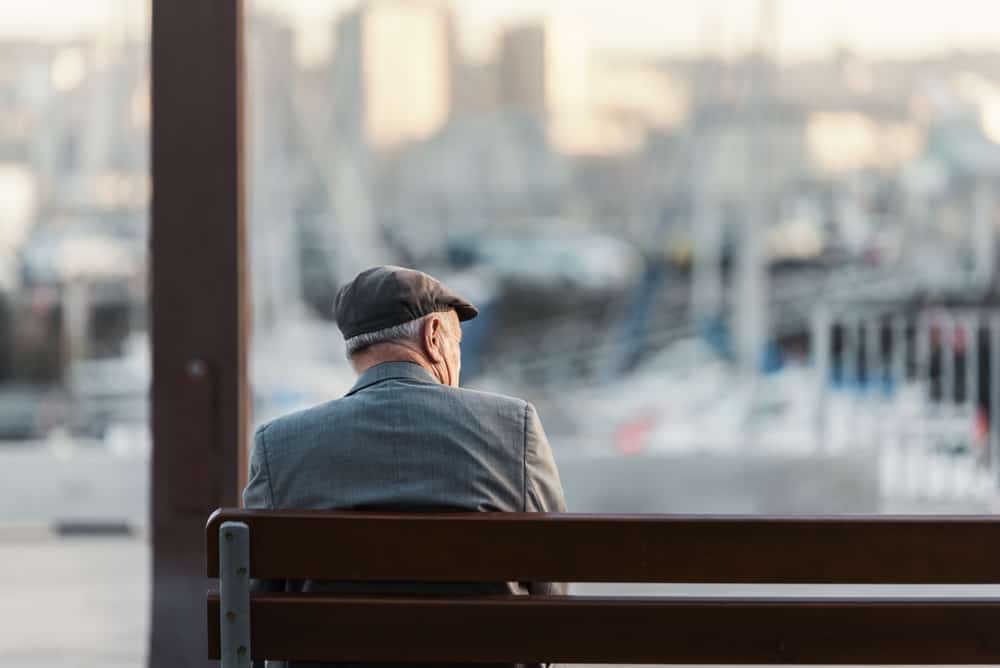 For me personally, I found I couldn’t sing publicly anymore. Oh, I tried. And by all appearances I succeeded in singing in church and special events. Inside, I never felt the same about singing. Why? My husband was proud of my singing – he “got” that part of who I was; how important music was to me. He cheered me on – gave me thumbs up when I was up front singing, clapped fiercely like I was a rock star. I now understand that part of me became part of our equation of two becoming one. Now? I am just one again. What to do? Stop singing? I did that for awhile. Go full steam ahead and sing against all odds like I own the music? I did that. Teach others to sing? I did that. I still have not fully navigated through this part of my re-arrangement of myself. I have had to go back and remember I was singing long before I met him. Music is still a part of who I am. I don’t have to let go of the music – I don’t have to let go of knowing he was my biggest fan – I just have to resume back to where I paused my life for 27 years. I can sing from THERE. Knowing a lot about music, I DO know that sometimes you have to re-arrange the musical arrangement; sometimes you need to do a re-mix. Not that the original piece had anything wrong with it – just time for a new tune.

Do NOT beat yourself up if your mate died years ago, and you still get a lump in your throat when you smell something familiar or hear that old song that was “yours” or still can’t eat a certain kind of cake because it was their favorite. There are a million tiny moments that have been lifted up and out of your life. Every year you will be reminded of them. I wish someone had told me this is NORMAL. I wish I would have known the void I would NEVER escape. I wish I had known how much of who I was, was wrapped up in him. Again, “What God joins together, no man can pull apart.” Only death can tear you apart. But remember too, you knew that. You went into this having vowed you would stay together “till death do you part”. We just never quite comprehended that COULD or WOULD actually happen.

It is okay, dear friend, to still get waves of sadness and loss – it’s normal – it’s part of the journey of being the one left behind. Just take a deep breath. And if you can realize that NO ONE, but someone else who has walked this road, will understand, then you will find the guilt and shame lifted.

There is NO shame in missing someone for the rest of your life. 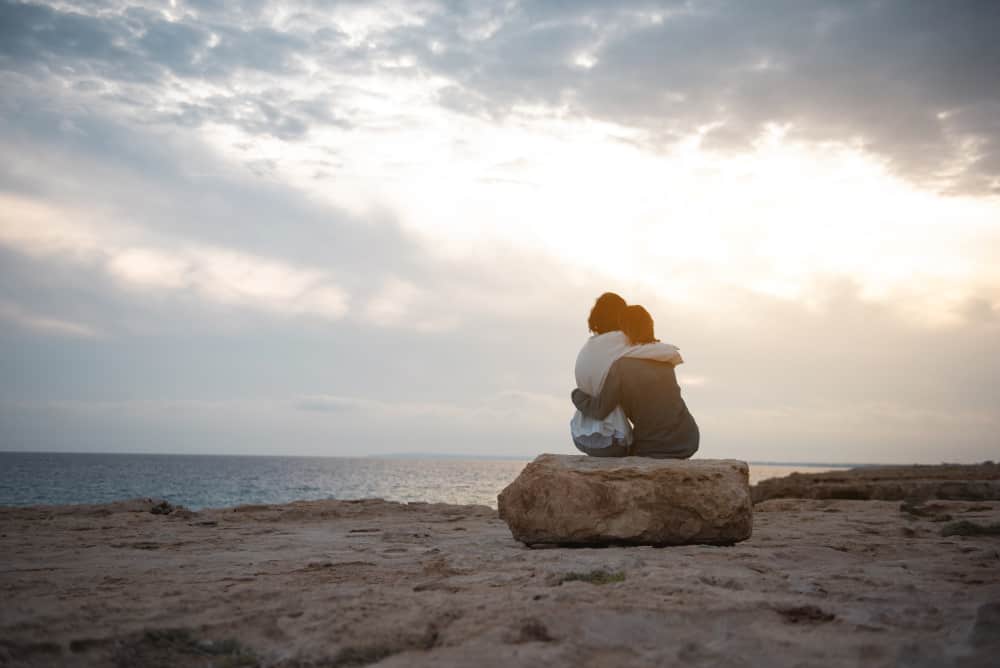 The words “move on”. I think I was 2 years into the loss of my husband, and was out laughing and having a good time at some church function – when someone innocently asked me, “Oh, I see you are doing well now. So you’ve moved on; that’s good.” I remember thinking – you think I am doing well because you hear my laughter? Moving on is GOOD?” And it has made me think through the years just exactly WHAT does MOVING ON mean? I thought it meant – leaving him behind. And I knew, I could not. How do you leave someone behind who has been a literal part of you? I changed my name from Dexter to Channell. I gave away my identity as one, and became a wife. Moving on does NOT mean forgetting or replacing. I think I had a fear of actually DOING that. Like, I didn’t WANT to forget – I didn’t WANT to replace…why do I HAVE to do that? Guess what? You don’t. That is NOT what MOVING ON means.

Finally – I get it!!! After quite a few years. I now understand what I am supposed to do – what my life should finally start to look like. I am back to the day before I got married. NOW I can see my future ahead. It’s time to re-invent myself for my future! I have been recycled/redeemed/restored and rearranged BUT I AM still ME, just a revised version. I will keep the parts of me that already WERE, such as singing. I will cherish and protect the parts of me that are there BECAUSE of him: being a mom, a grandmother, and one who enjoys beans and venison. I will also keep the parts of me that my husband nurtured to make me strong. Yes, I will miss him when the fall breeze is in the air, and I will always miss him at Christmas. I will miss making our fruit cake, miss him playing his air guitar, and a million other life-moments now memories. THAT is a given that it will NEVER change, and it is okay. I will now re-arrange the script of my life. Yes, I am a widow. I am the one left behind. I am now a broken half out of a whole. BUT I am STILL here. I am still breathing. I am still able to reach out my hand to someone drowning. I can sing to the broken. I can speak to the hopeless. I can use my pain for purpose. If THIS is moving on, I am ready. I am NOT ready, and never will be – to forget him. It took me a lot of years to get back to the “day before” I vowed “Till death do us part.” Maybe I can help YOU take a lot less time. So, we may not look the same, act the same, respond the same – we CAN’T. It is IMPOSSIBLE. But we can be okay.

We may be the ones left behind, but we were also left with the strength of that other half. It was deposited into our heart and soul (Doubly equipped). So, I KNOW I am strong enough to finish out my life standing tall and singing loudly. And I am pretty sure, he is still clapping wildly from heaven for his earthbound rock star. And so I DO move on. The new version of me will step into the future, defined by the years left behind me. And THAT my friend, is a good thing.

For just $100 per month you can bring the gospel to 10,000 homes. Join us as media missionaries! GIVE NOW
VIEW COMMENTS
« Rivlin Selects Netanyahu To Form a Government From The Last Supper, To The Garden. From The Cross To A Heavenly Throne »