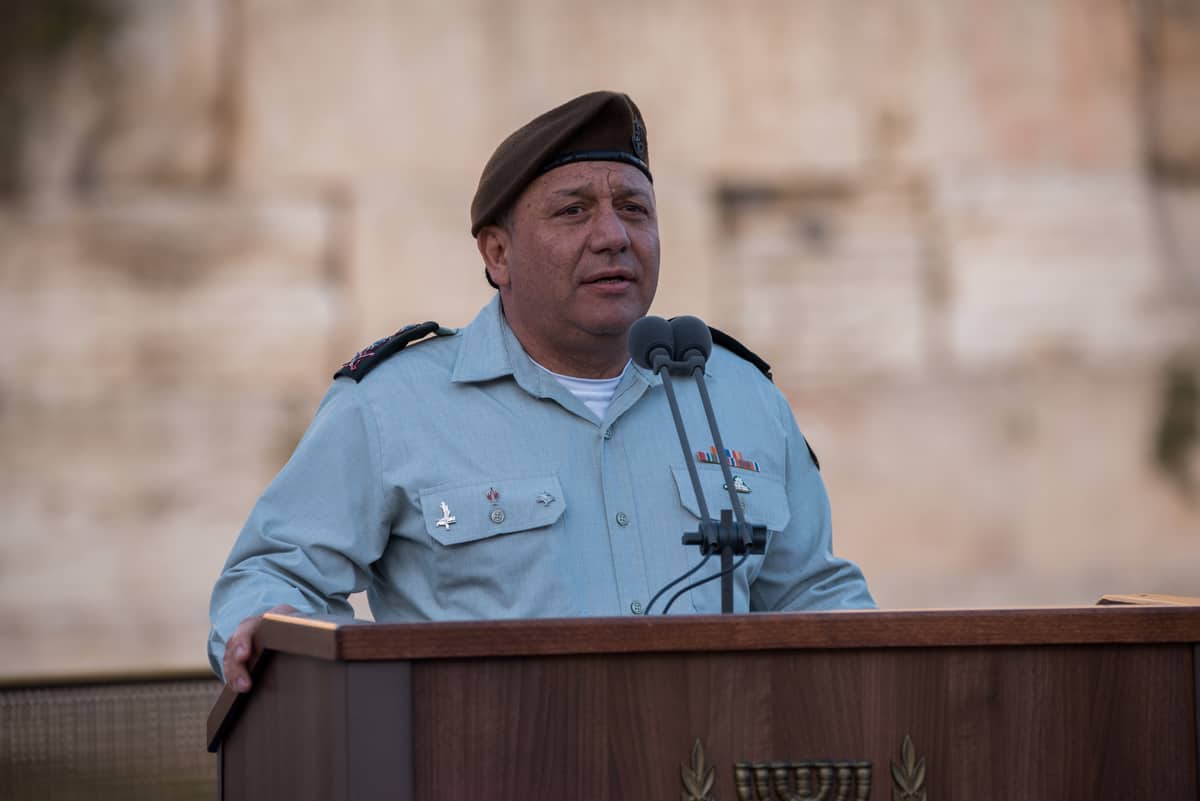 IDF Chief of General Staff Maj. Gen. Gadi Eizenkot toured the Syrian border on Wednesday, in order to asses the situation in southern Syria and the developing situation of refugees amassing along Israel’s border following Russian and Syrian airstrikes in Dara’a.

While Israel’s policy has been to refuse entry to the Syrian refugees, methods of humanitarian aids are being employed, such as the transfer of supplies across the border.

“We are following the situation in Syria, and are prepared for various scenarios in order to uphold the security situation around the border,” and IDF statement read, adding “The IDF will continue to provide humanitarian aid to the locals in Syrian territory, while continuing to prevent the entry of refugees to Israeli territory.”

In a statement Friday morning, the IDF said it had transferred 300 tents, 13 tons of food, 15 tons of baby formula , medical equipment and 30 tons of clothing in an operation that lasted several hours and took place at four different locations along the Golan Heights border.

The IDF said several thousand Syrian refugees in the southern and central Syrian Golan were living in refugee camps close to the border without access to electricity, water, food or basic supplies.

The statement added that there had been a marked increase in the number of refugees arriving at the camps over the past few days. Thousands of people are reported to have fled the Daraa region as regime and Russian forces carry out airstrikes in a bid to recapture the rebel-held province, which is also close to the Jordanian border. According to the United Nations, some 45,000 people have been displaced by the fighting.