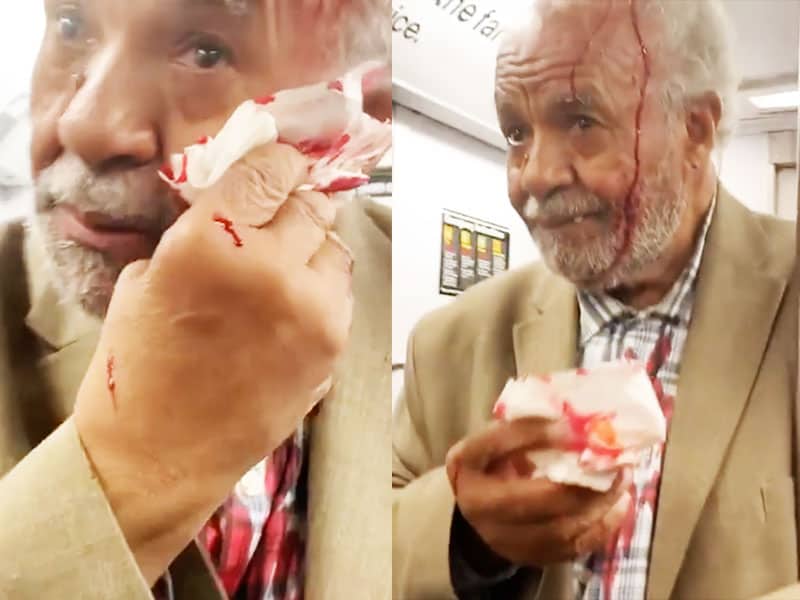 Recently, a disturbing video circulated the internet of a Christian elderly man being beaten on New York Subway.

It was reported by the police that the attack happened at the southbound 2-train near Times Square on October 24. This 79-year-old man boldly opened his Bible and stood in the middle of the aisle to share God’s word.

According to the Instagram user @f.u.n.m.i.k.e., who witnessed the commotion and captured the video, the transgender lady was even far from him.

“He didn’t say anything to hurt anyone, he wasn’t even loud, you could barely hear him talk but this is what he got in return,” she attested.

In the video, someone begins screaming at him. After that, then viciously hit by a stiletto heel. The attack left a deep wound on his head that was bleeding. 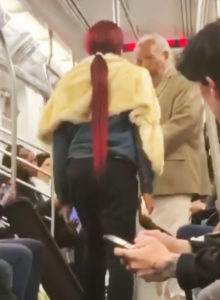 “What a world we live in that some people see preaching the Word of God as a threat to their lives..

This old man right here was just singing some gospel songs and sharing the Word of God to people on the train, he didn’t say anything to hurt anyone, he wasn’t even loud, you could barely hear him talk but this is what he got… hit on the head with her heels 👠,threw his Bible away and no one didn’t do anything to help but to look at this old man bleed.

…I was just so mad and I felt I needed to do something to help him because he was bleeding too much.

In addition, a later Instagram post said, “Regardless of the situation violence doesn’t solve the problem. Justice is needed.”

The attacker fled the scene after the brutal act towards the elderly man. The man was left wiping blood off his face as it dripped down his head. 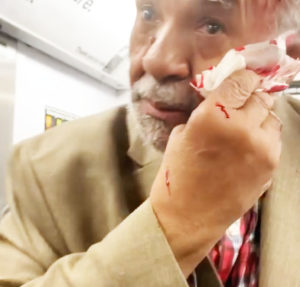 The Elderly Man Thanks Jesus Despite What Happened

Thankfully, same passenger who captured the video helped him. The injured man was then treated at NYU Hospital.

Yet despite this unfortunate event, the elderly man can stil be heard still saying “Thank You, Jesus” in the video.

Subsequently, this news is both heartbreaking and encouraging. It reminds us as followers of Jesus to not be ashamed of the Gospel. We can take this situation and be reminded to be ready to pay the price for proclaiming Jesus’ name. There is hope. Keep sharing the Gospel and keep loving people. God’s heart is to redeem the lost.

“Blessed are you when people hate you, and when they exclude you and insult you and reject your name as evil because of the Son of Man. Rejoice in that day and leap for joy, because great is your reward in heaven. For their fathers treated the prophets in the same way..” -Luke 6:22-23

For just $100 per month you can bring the gospel to 10,000 homes. Join us as media missionaries! GIVE NOW
VIEW COMMENTS
« ‘For the Future of… the World’ Israel Will Not Allow Iran to Acquire a Nuclear Bomb John Crist Releases Public Apology In Response To Sexual Misconduct Allegations »