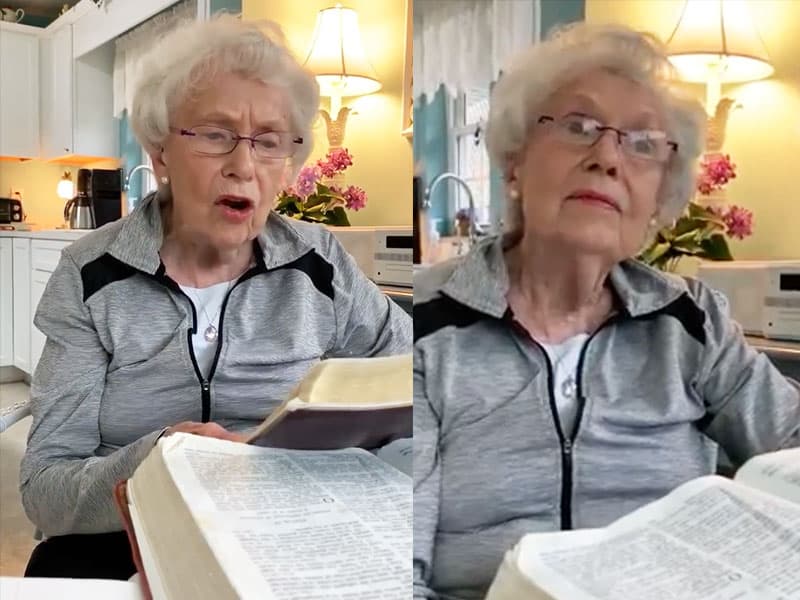 An elderly woman’s teaching on prayer to those who feel like God’s not answering them goes viral with almost seven million views.

In 2018, Jennifer Walker Smith shared a video of her mom, Esther, as she gave a powerful message to believers. In the video, the elderly woman taught about the power of “prayer” and “limiting God.” 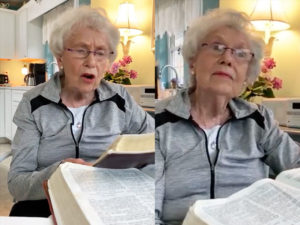 At first, Esther addressed those who think “God is so far away.” Perhaps even when they prayed, they think God’s “not listening” because nothing’s happening.

“He’s so quiet, and we wonder, ‘Does it matter that I pray?’ Can God help me with this?” she explained.

Esther then turned to the Scripture in Psalm 78, where the Israelites limited God. Instead of looking unto the miracles and all the things God has done for them, they leaned on their own ways and turned their backs on God. She then revealed how she wrote a note on the top of her Bible telling herself, “Esther, do not limit God. Do you know who He is? Do you know who you’re talking to? The Almighty Powerful God.”

HE LEFT ADDICTION TO PORNOGRAPHY, ALCOHOL, AND SEX AFTER A POWERFUL ENCOUNTER WITH JESUS

Further, Esther read about God’s character and nature according to what it says in the Scripture. She then stood in awe about how the Word revealed who God is. Then the elderly exclaimed, “Imagine.. saying ‘Can God help me with this?’ He is so Almighty, Powerful, Great. This is so beautiful..”

Today, Esther’s message continues to touch millions of people, reaching almost seven million views. May her message continue to have a significant impact and revive the souls of those who feel God’s not answering them. God is good!