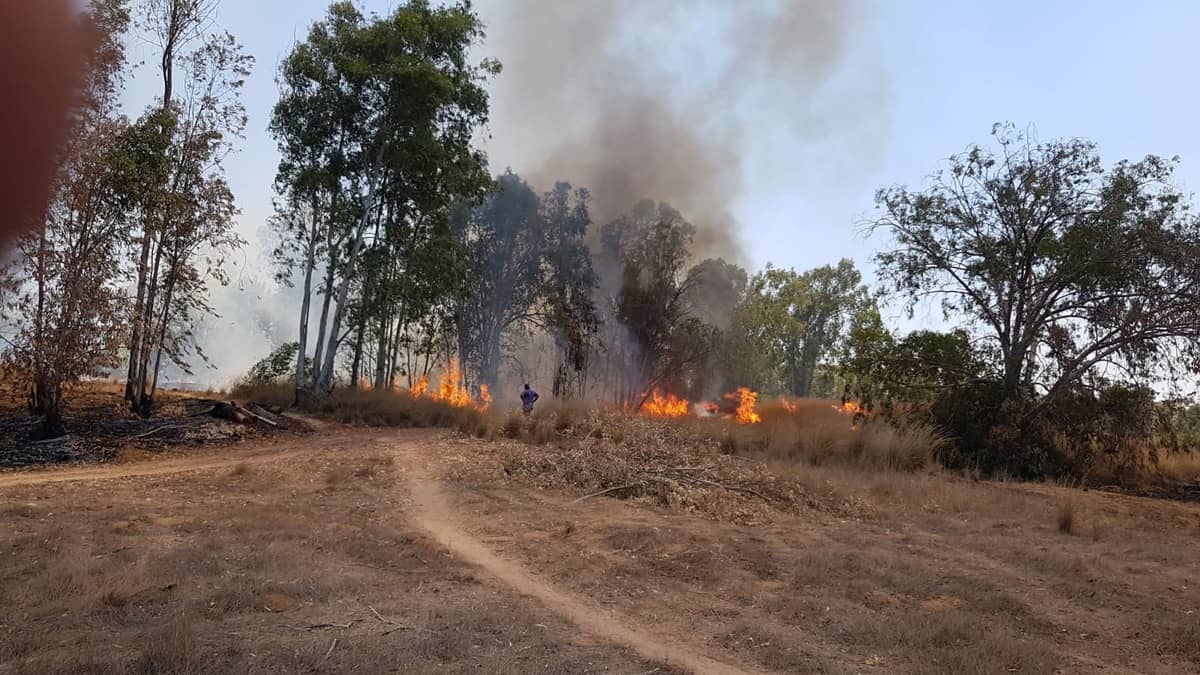 The Ministry for Environmental Protection will patrol the Gaza Belt region in order to monitor air quality in the region, Environment Minister Ze’ev Elkin said Wednesday.

In a statement, Elkin  said he had instructed professional staff to station a mobile measuring unit at Kibbutz Kissufim after receiving multiple requests from local residents who said they have felt a reduction in air quality in recent months as a result of repeated kite-born arson attacks from the nearby Gaza Strip.

Dozens of burning kites launched from Gaza have set fire to tens of thousands of dunams of farm and nature reserve land in Israel, leaving large swaths of ash and causing millions of shekels in economic damage.

The Ministry said the patrol unit would measure fine particulate matter known as PM2.5, tiny particles in the air that have been shown to cause cancer, reduce visibility and can cause health problems for individuals with respiratory health problems. The unit will also measure nitrogen oxides and nitrogen dioxide.