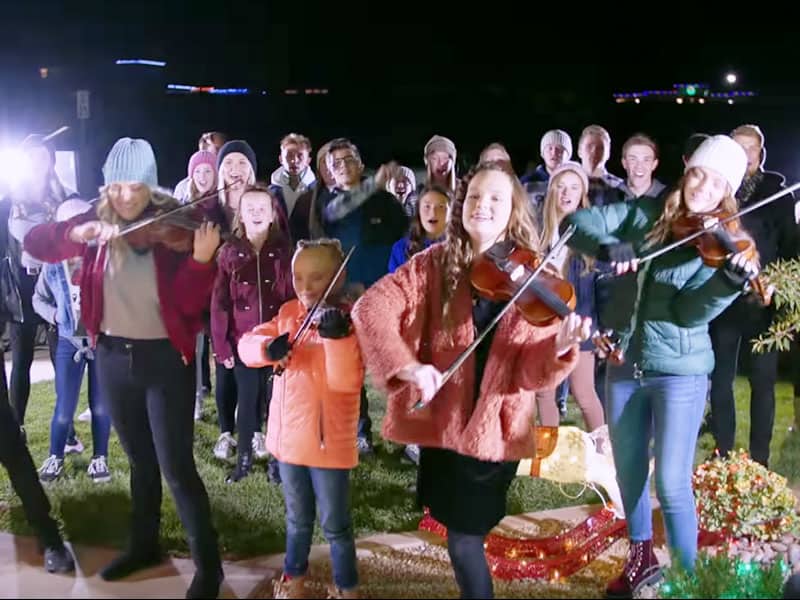 Christmas is the most exciting and most awaited season of the year! It’s the time of year for caroling, giving gifts and doing extraordinary things for others, especially the less fortunate. And one remarkable thing that happened was “The Five Strings” special Christmas caroling flash mob.

What “The Five Strings” does is astounding. First, they put a Christmas wreath on a door’s home. Second, they decorate the home’s lawn with Christmas lights. And then they prepare their musical instruments and video lightings. Finally they hide, and one girl rings the doorbell and starts to sing the Christmas song “The First Noel”. 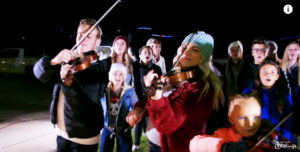 “The First Noel, the Angels did say was to certain poor shepherds in fields as they lay…”

When the homeowners open the door, the musicians and singers fan out from one another showing just how large their group is.

The epic The Five Strings Christmas caroling flash mob received overwhelming responses. The group’s caroling performance was heartwarming for everyone. 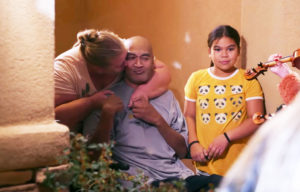 One family whose father is in wheelchair was greatly touched of their act. He was smiling the entire time while his wife was hugging him. Later on, he joined in on the singing.

The flash mob included children, teenagers and only few adults. They all played in perfect harmony for an epic Christmas carol! Surely, this was a memorable moment for all the families they visited!

Watch “The Five Strings” wonderful caroling performance in the video below.