Erdogan: ‘The Jerusalem Issue is Not a Palestinian Issue but a Muslim One’ | God TV
Israel 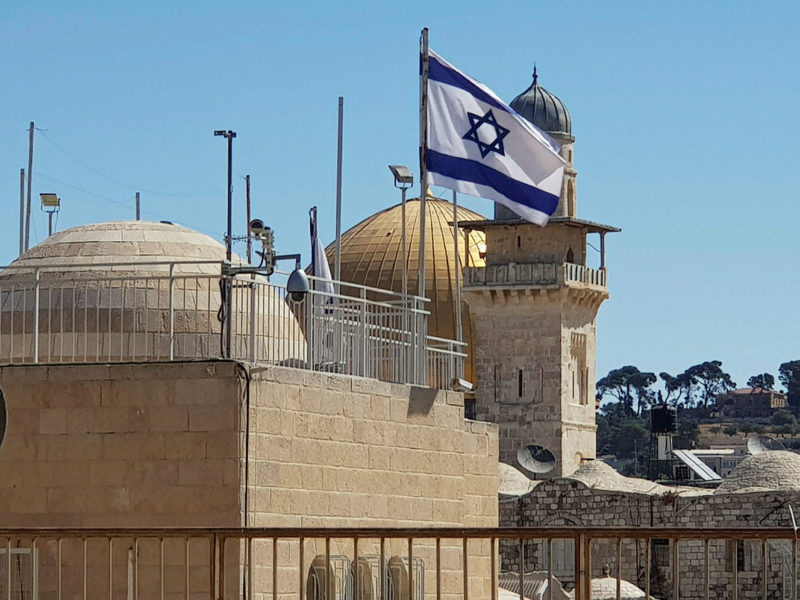 Turkish Recep Tayyip Erdogan again framed the issue of sovereignty and control of Jerusalem as a religious issue, for which a religious battle must be waged.

“No force or threat can dissuade our country from its activities to protect and defend the rights of Palestine and Jerusalem,” said Erdogan at a meeting with Turkish and Islamic organizations in New York, on the sidelines of the United Nations’ General Assembly.

Erdogan emphasized that the issue of Jerusalem is not just about Muslims in Palestine, but “touching the dignity of 1.7 billion Muslims in the world.”

Erdogan has previously called on Muslims to march on Jerusalem.

In November 2016, he urged “all Muslims” to defend Jerusalem from Israel and stand for the Palestinian cause.

“It is the common duty of all Muslims to embrace the Palestinian cause and protect Jerusalem,” he declared.

In May 2017, Erdogan accused Israel of “racist and discriminatory” policies against the Palestinians and discussed the need to “protect Jerusalem against attempts of Judaization.”

Responding to the allegations, President Reuven Rivlin noted that the Jewish majority in Israel’s capital dates to the Ottoman period.

Rivlin added that “under Israeli sovereignty, we continue to build Jerusalem, the eternal capital of the Jewish people. There is no doubt Jerusalem is a microcosm of our ability to live together. And we will continue to ensure freedom of religion for all faiths.”

For just $100 per month you can bring the gospel to 10,000 homes. Join us as media missionaries! GIVE NOW
VIEW COMMENTS
« IDF Will Demolish Terrorist’s Home Which was Rebuilt IDF Releases Recording of Dramatic Moments of Rescue of Special Forces from Gaza »