written by The Israel Insider December 13, 2019 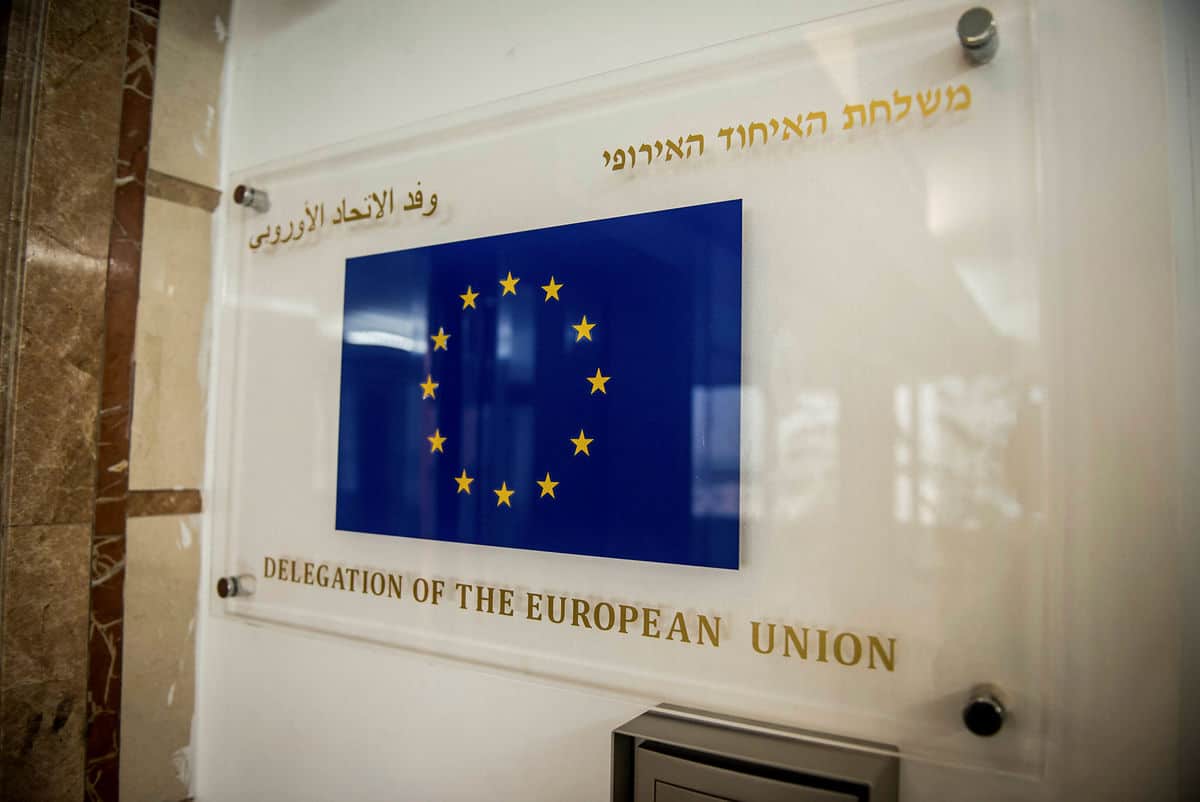 The European Union (EU), Denmark and the Palestinian Authority (PA) inaugurated on Wednesday two buildings in the Bethlehem area, both of which are situated in Area C which is under full Israeli control and where PA development is illegal.

The EU said in a statement that the total area of the two buildings is 630 square meters and they will serve more than 2,000 people.

The inauguration ceremony was attended by EU, Dutch and PA representatives.

“By investing into projects in Area C, we invest in the future State of Palestine,” said Simone Petroni, EU Head of Political Section.

The EU will “continue to support projects promoting economic development and improving the quality of life of Palestinian communities in Area C in areas such as private sector, environment and agriculture,” he vowed.

These newly inaugurated buildings are part of “the EU and Member States support to developmental interventions in Area C” and “all EU activity in the West Bank is fully in line with international humanitarian law,” the EU claimed.

The EU openly admitted that it works with the PA “to develop Area C and support Palestinian communities,” in an apparent open challenge of Israeli sovereignty in the area.

The EU has inaugurated and celebrated the construction of similar projects in Area C in recent months.

The Regavim organization, which monitors and pursues legal action against illegal Arab construction, explains that the PA’s “active and intensive efforts to establish and expand its control of Judea and Samaria, specifically in areas designated to full Israeli jurisdiction under the Oslo Accords, is well documented and undisputed.”

One of the central tactics of this “quiet annexation” is the construction of schools in the illegal outposts, exploiting the State of Israel’s reluctance to demolish schools, Regavim added.

Regavim told TPS that the “real story” with these EU-funded projects is that they are part of the Fayyad Plan activity.

One of the new buildings located at Al Ma’asarah is situated in a strategic point that cuts Gush Etzion in half, separating the eastern and western sectors of the Gush, Regavim noted. The area is known to Israelis as Givat HaEitam, a hilltop designated to be a part of Efrat.

“The PA is focusing efforts there in order to choke off the growth and development of Jewish communities in an area that has always been in the Israeli consensus,” Regavim stated.

“According to international law, according to the Oslo Accords, according to Israeli law – no matter how you slice it, the EU is funding illegal activity that is undermining the rule of law and eroding Israeli sovereignty, leading the area down a collision course, and setting the stage for conflict rather than compromise and negotiation,” the Israeli organization added.

In 2009, then-prime minister of the PA Salaam Fayyad laid out the Plan for the Creation of the State of Palestine, a methodical program for seizing control of territory in Area C, under full Israeli control as prescribed by the Oslo Accords, to form a broad and viable basis for a Palestinian state, specifically in the areas under Israeli control.

Fayyad’s plan essentially bypasses all negotiation or compromise with Israel and creates facts on the ground.

Israel’s Defense Minister Naftali Bennet recently threatened to demolish any illegal Arab construction in Area C, even if it was funded by the EU.

In response to an inquiry on the issue by TPS, a senior official in the Defense Ministry stated Thursday that the “phenomenon of illegal Palestinian construction in Area C is one of the main issues that Defense Minister Bennett is dealing with, and he has already begun to work to eradicate the phenomenon.”

The official added that “a number of discussions took place on the subject and Bennett is monitoring the progress in person.”

At his meeting with EU ambassadors last week, Bennet told the ambassadors that “illegal construction in their financing would be destroyed by Israel” and made it clear that “his position on the issue was unequivocal.”