BREAKING
Cancer Patient Survives A ‘Death Sentence’ & Receives A Surprise From Jennifer...
TikTok Kid Preacher Feels God In His Prayer Time; “I Am Not...
“Jesus Appeared To Me Twice So That This Message Will Be Delivered...
Home Articles An Interview with Celebrity Millennial, Clayton Jennings 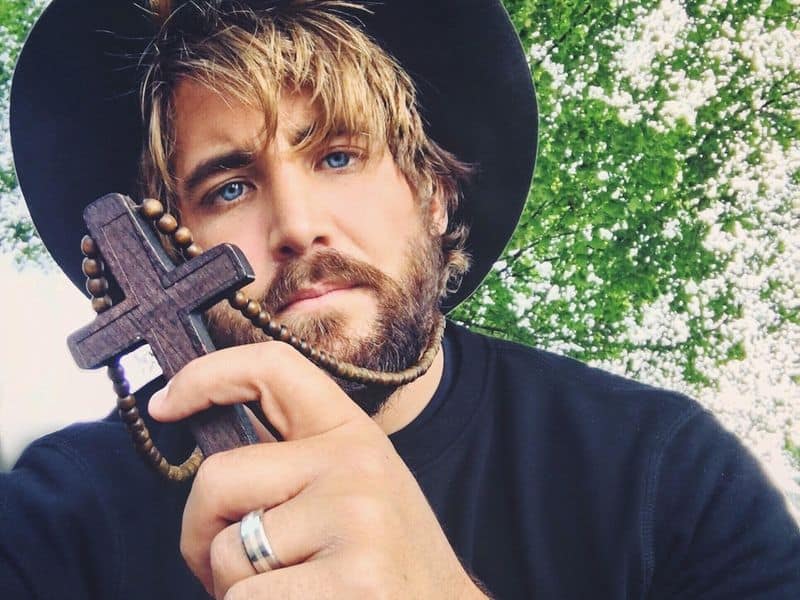 Evangelist Clayton Jenning’s messages of hope and inspiration have gone viral on social media including Facebook, with millions of views in a matter of days.  Jennings is an experienced writer, actor, speaker, producer, editor, director, and poet. What stands out about the young evangelist is his ability to wear so many hats!  He is preparing for a nationwide crusade where he’ll be touring and speaking across the USA and I sat down with him for a candid chat.

It’s easy to see Jennings has risen to the forefront as a Christian influencer at such a young age. The 30-year-old evangelist, author, and actor began his journey in Noblesville, Indiana. The small-town Hoosier (inhabitant of the state of Indiana) began gaining attention in 2011 when he directed and starred in the feature film Strayland. He has also written two novels and dozens of online videos have put Jennings on the map. I hope you enjoy this interview with the celebrity millennial>

BRIAN: Why the church world? Some people have called you a celebrity, Why haven’t you taken your talents to Hollywood or gone mainstream?
CLAYTON: For me, it’s not about the church world or the secular world; it’s just about people in general. I want people to have hope, and the only way they’ll know true hope is if they know Jesus.

BRIAN: Is there a reason you’ve done so much at such a young age?
CLAYTON: You’re not promised tomorrow. I try to live like every day is my last. I see so many older people who have done nothing with their lives, and it pushes me to never go that same route. I’m terrified of wasting my life. I think I had my first mid-life crisis at 20, honestly. I’ve been given so much and I just want to give back.

BRIAN: You have over a million fans, but do the dozen or so critics ever get to you?
CLAYTON: I’ve always had critics. It flatters me more than anything.

BRIAN: What do you say to people who dislike you or come against you?
CLAYTON: Nothing. That’s their right. I’m not out here trying to be liked by everyone.

BRIAN: That’s a good lead-in to my next question. What do you tell people who have been bullied or put down on social media? A lot of young kids look up to you, and it seems like this is a growing epidemic in our culture.
CLAYTON: I often tell people the world can’t define you when you know who you are. What I mean by that is simple. When you know what God says about you, it doesn’t matter anymore what people think about you. I try to remind young kids that people’s words are just a reflection of their heart. When people talk about you, it normally means they’re jealous of you. When they put you down, they’re just trying to lower you to their level. I hate that so many people get bullied in today’s society.

BRIAN: What do you say to people who want to be in the ministry and do what you do?
CLAYTON: I tell them to run from it unless God called them to it. Someone once told me there are “sent ones and went ones” in the ministry. Some people were sent by God, and some people just went for it and had no real call by God. If you’re really being called by God to preach or teach, go for it and never look back. If not, run far away from the pulpit.

BRIAN: You and your wife recently had a baby. Has that changed you at all? 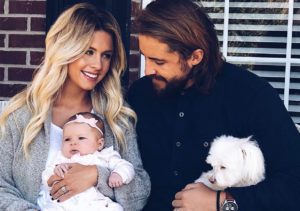 CLAYTON: In every way. In the best way. She is amazing. People used to tell me having a kid would change things and I never really believed them. Now I know what they were talking about. I didn’t know I could love someone so much until I met that little girl. She definitely has me wrapped around her finger.

BRIAN: Is it harder now being away from home on the road? Your schedule is daunting, to say the least.
CLAYTON: Way harder. I’m speaking over 75 times in 2018 alone. That’s a lot of time away on the road. Thank God for FaceTime right?

BRIAN: Will your family be with you for any of those events?
CLAYTON: Definitely. Especially toward the end of the year. I’m looking forward to our little girl getting big enough to travel around the world. That’s how I was raised and it helped me understand life in broader terms.

BRIAN: Let’s close things out with some rapid-fire questions.
CLAYTON: Go for it.

BRIAN: Is Jesus the only way to Heaven?
CLAYTON: Yes.

BRIAN: What is your biggest fear?
CLAYTON: Heights.

BRIAN: Where do you see yourself in five years?
CLAYTON: In the year 2022. [Laughs]

BRIAN: What do you want people to know about you the most?
CLAYTON: I genuinely care about people.

BRIAN: Who was your childhood hero?
CLAYTON: My dad, Billy Graham, and Indiana Jones. [Laughs]

BRIAN: Most proud moment?
CLAYTON: Holding my baby girl for the first time. 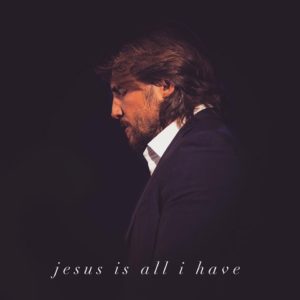 Jennings will be speaking across the United States and overseas this year. He also plans on releasing a new poetry album and book. His new poem “Scandal” is scheduled to be released next month. See more at ClaytonJennings.com  You can follow Jennings on Facebook

God is the sole reason I am alive today. Just 10 years ago I was hopeless drug addict Living in the streets of some of the toughest neighborhoods in Indianapolis. I am blessed and fortunate to have survived. After multiple near death situations and incarceration’s I was at my end, I just wanted to die. However God had other plans and it was that seed of Hope and Destiny in Christ that carried me through some of the toughest times. I surrendered my life and God took control. I have never looked back. I now work as a consultant at GOD TV and help manage their social media. I personally manage over 13 million subscribers in both Faith based and secular fields. I also work as a Radio show host for a Recovery Radio program. My goal is to spread the gospel of Hope, Truth, and Identity in Christ, through media and public speaking. No matter where you’re at in Life, God has a plan and when you realize and surrender to that, your life will take off! Your purpose will meet his passion and then you will step into your Destiny.