BREAKING
Israel-led Team Solves Mystery Why Lightning Strikes Fewer Times Over The Ocean...
Tourism In The Holy Land Is Soaring Back Up To Pre-Pandemic Highs
Lapid Speaks Directly To Palestinians—Offers Them “Another Way” Out Of The Ongoing...
Home Articles Evangelist Nick Hall Believes “We’re On The Dot Of A New Jesus Movement” 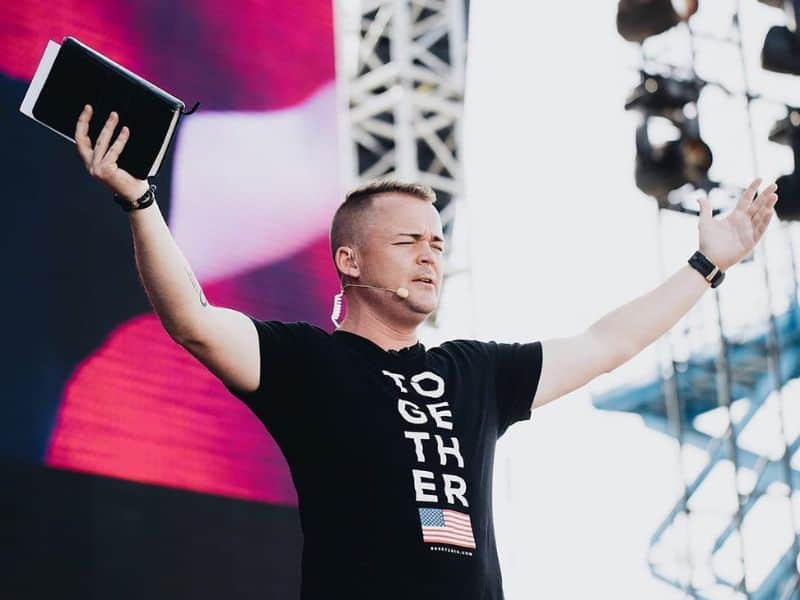 Evangelist Nick Hall has called young Christians to gather in Dallas, Texas, for TOGETHER ’22. He believes that recent events and times are shifting towards “a new Jesus Movement.”

Hall confessed that Explo ’72, an evangelistic conference in 1972 hosted by Billy Graham, inspired TOGETHER ’22. And although it happened years before his birth, Hall claimed that Explo ’72 impacted him from childhood until today.

The reason was that his father’s life changed during the conference. He said, “That changed my dad’s life, it eventually changed his marriage, it changed our family.”

Together with his team, they are praying that just like what happened in ’72, God will also impact lives from generation to generation today.

Moreover, the passionate evangelist feels that God is transforming the younger generation today. He contrasted today’s society with the 1960’s and ’70s social turmoil and saw “massive parallels” between them.

The chaos then reached a point where the 1966 Time Magazine Cover reads, “Is God Dead?” Hall claims that the church at the time was submissive to the younger generation who “did not want Jesus.”

And yet, after five years, the same magazine printed a new cover that says, “The Jesus Revolution.” It signaled a new season which changed the former into a more glorious one.

“There had been a massive cultural tide of young men and women in the midst of chaos seeing Jesus, not as a religious figurehead, but seeing Him as a revolutionary who modeled life a different way,” he said.

And Hall believes that there will be change happening in the younger generation today.

“So many people speak without hope. They speak as if this generation is doomed,” he added. “And I would say those people are not speaking with the heart of Christ … because God never dooms an entire generation. There’s always hope because God is on the throne.”