BREAKING
Israeli Researchers Achieve 80% Accuracy Predicting Earthquakes
Israel Opens World’s Largest ER, Prepared For Mass Casualties And Complete With...
6th Most Powerful Woman In The Arab World Dismissed From Post For...
Home Articles Ex-Mafia Is Now A Preacher Of The Gospel Of Jesus

Ex-Mafia Is Now A Preacher Of The Gospel Of Jesus 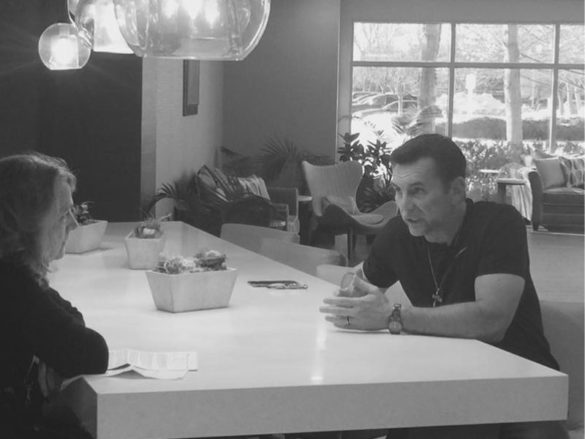 An ex-mafia boss was born again and is now a preacher of the gospel of Jesus. He aims to remind fellow believers of the truth of heaven and hell.

Pastor Greg Laurie gave Michael Franzese, the former mob boss, the pulpit in Harvest Christian Fellowship to speak about the gentleness of Jesus. At the same time, he reminded the congregation of what the hell looks like.

He said, “I want you to stop for a minute and think of the worst thing that you’ve ever encountered in your life and realize that that worst thing will never go away. … This is your constant thorn in your side forever. And now put yourself in Hell, which is a million times worse and will never end. That’s Hell.”

But, he encouraged them of Jesus’ salvation in which they would no longer experience hell because of Him.

Moreover, the 71-years-old emphasized Jesus’ gentleness. “Today, our culture seems to celebrate men who speak their mind and pull no punches as if being a bully is an admirable trait. On the contrary, Jesus himself said, ‘Blessed are the peacemakers, for they shall be called sons of God.'”

“Jesus was direct when He had to be, but He had a knack for communicating with gentleness,” he said.

Truthfully, gentleness was alien to the mafia prince. Throughout his years, he was arrested 18 times for different criminal activities.

His life of darkness put him in the 18th spot of 1986 Fortune Magazine’s “Fifty Most Wealthy And Powerful Mafia Bosses.” At the age of 29, he led 300 mobsters.

But, God had another plan for Michael…and being a criminal was not part of it.

Michael encountered God during his time in prison. He recalled, “I dove into my Bible. I prayed every day. It was my closest time with the Lord because I had no choice.”

“As I stand here today, I’m probably the most blessed, most fortunate person that’s ever going to walk up on this stage and talk to you about anything. The reason I say that is that, had I been left up to my own to do what I wanted to do with my life, I’d either be dead or in prison for the rest of my life.”

He continued, “And quite honestly, that’s what I deserved. That’s what I earned for myself, having spent over 20 years on the street, every day in violation of both God’s laws and the laws of man.”

“And I realized God made it crystal clear for me that if he didn’t have a different plan and purpose for my life, I wouldn’t be here today. You know what, he’s got a plan and a purpose for every one of your lives.”